Molo in Madagascar is WhyAfrica’s Pick of the Week 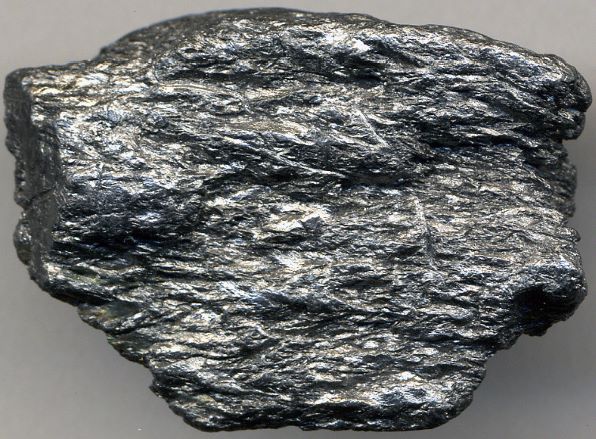 Driven by a new thirst for Electric Vehicles (EV), graphite (an important element in EV batteries) will remain in high demand as the world seeks a more environmentally friendly future. Image credit: Flickr

04 September 2021 –  Molo in Madagascar is WhyAfrica’s Pick of the Week. It is all systems go for NextSource Materials’s Molo graphite mine in Madagascar.  But if Sir Mick Davis jumps into the fire, should we follow him? asks Leon Louw, founder and editor of WhyAfrica

When a mining legend like Sir Mick Davis is bullish on a commodity, investors should start thinking about wagering a bet. When he invests in a project, it is probably time to stack the chips, even if the odds are high in a jurisdiction like Madagascar.

Davis put his money where his mouth is when he pumped almost USD29.5-million into Toronto based NextSource Materials’s Molo graphite project in Madagascar earlier this year.

Davis is regarded by many as mining royalty. He built Xstrata into one of the world’s largest global diversified mining and metals companies prior to its acquisition by Glencore.

Before listing Xstrata on the London Stock Exchange as CEO, he was CFO of BHP Billiton and Chairman of Billiton Coal, which he joined after serving as CFO of Eskom, South Africa’s power utility company.

When Davis thus says that a major structural change in global battery mineral demand is underway, the risks of investing in graphite diminishes exponentially. Driven by a new thirst for Electric Vehicles (EV), graphite (an important element in EV batteries) will remain in high demand as the world seeks a more environmentally friendly future.

According to research company Benchmark Mineral Intelligence, each EV contains between 40 and 60 kilograms of graphite. Thus, the more EVs the higher the need for graphite. There are few large graphite producers outside of China. It is not that there are no deposits, the places where they occur (as in Madagascar) are not always that easy to access. However, NextSource Materials has found a way to unlock the riches in Madagascar, and a big part of it involves Davis and Vision Blue.

“The impact on battery mineral demand could dwarf even the commodity impact of China’s industrialisation in the last 20 years. Our investment in NextSource underlines my belief that graphite will play a key role in the demand for critical battery material resources, Davis said during an interview earlier this year.

Meanwhile, NextSource Materials announced in mid-August that its mine construction at Molo is on track and on budget. According to Craig Scherba, CEO of NextSource Materials, Phase 1 of Molo is fully funded, and the company does not require any more money to reach commissioning. This is after receiving USD29.5-million in funding from Davis and Vision Blue in May 2021.

Scherba says the mine is expected to be in production in Q2 2022, after receiving USD29.5-million in funding from its strategic investor, Vision Blue Resources in May 2021.

According to the company’s 2019 Feasibility Study, Phase 1 of the Molo Graphite Mine is estimated to cost USD25-million, including working capital. Production capacity is expected to be approximately 17,000 tonnes per annum (tpa) of SuperFlake graphite concentrate with Free On Board (FOB) operating costs of USD566 per tonne.

All systems go for Molo in Madagascar

According to the engineering, procurement, and construction management (EPCM) contractor, Erudite Strategies, the attrition and ball mills, crushers, flotation columns, screeners, feeders, mixing tanks, bagging and drying systems have been fabricated and are ready for assembly. These comprise the major components of the Molo mine processing plant.

According to Scherba, the challenges associated with the construction of a mine during a global pandemic have been mitigated through the fabrication and assembly of the processing plant as a modular, ‘turn-key’ facility.

“This construction philosophy has enabled small, nimble technical teams to work on their components of the Molo mine in isolation, while minimising the personnel and time required throughout the construction process,” says Scherba.

“Constructing a mine during ‘normal’ times is fraught with challenges, and these challenges are exacerbated during a global pandemic. The construction philosophy we have adopted has mitigated these challenges, and the project is on-track due to the extremely hard work and perseverance of the various people involved. Their hard work and flexibility in adapting to ever-changing circumstances have been instrumental in bringing the mine closer to fruition, “says Scherba.

The end market for Molo’s Superflake graphite, are refractories, anode material for lithium-ion batteries, graphite foils used as essential components in the chemical, aeronautical and fire-retardant industries, and graphene in high-end ink and substrate applications.