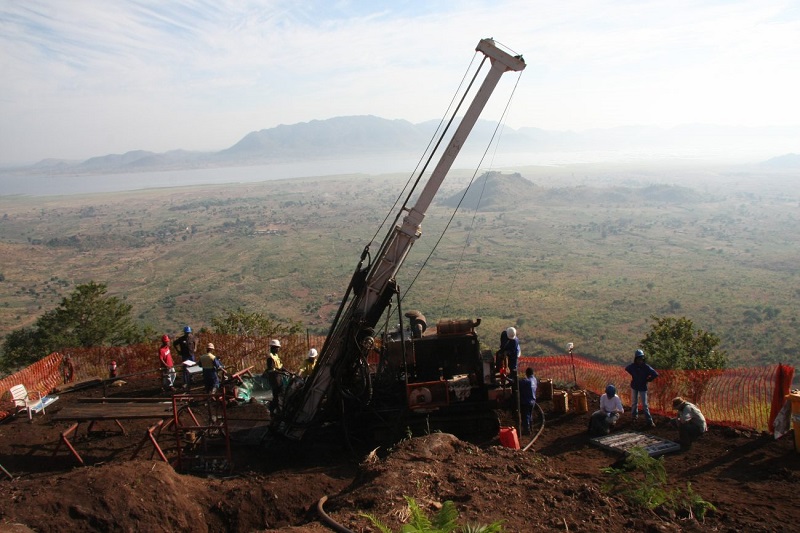 26 September 2020 – My pick of the week is Canadian company Mkango Resources’ projects in the small country of Malawi, also known as the warm heart of Africa. Keep an eye on Mkango’s moves in Malawi in the next few months.

The small country of Malawi is not known as a mining destination. It does not have the big deposits and rich diversity of minerals so many other African countries are blessed with. However, about 90km from the commercial centre of Blantyre, lies Songwe Hill, a carbonatite-hosted Rare Earth Element (REE) deposit where the dominant REE-bearing minerals are synchysite and apatite. REE’s has, of course, been the talk of the town for the last couple of years but have not lived up to all the hype yet. However, its long-term potential cannot, and should not, be denied.

Mkango has been exploring and evaluating the Songwe Hill rare earth deposit since January 2010. Following confirmation of the REE-enriched zones identified in the 1980s, exploration focused on identifying the nature and extent of the rare earth mineralised carbonatites and related rocks. Mkango is currently working on the feasibility study for Songwe Hill.

With the green energy revolution gaining momentum in the wake of the second wave of Covid-19, AIM and TSX listed Mkango’s other assets in Malawi is also worth a second glance. Beside Songwe Hill, the company holds licenses for three other projects, which is shaping up to be quite interesting. The Thambani uranium-tantalum and niobium deposit in the Mwanza District in southwestern Malawi might be the trump card as demand for uranium increases and with tantalum and niobium becoming more important in the use of new technologies.

The substantial deposits of cobalt and nickel at Mkango’s Chimimbe Hill project, just west of Lilongwe, however, will have the techies from Silicon Valley licking their lips. In addition, Mkango (under MKA Exploration) holds the extremely interesting Mchinji license, where the company recently discovered good deposits of rutile and ilmenite. Mchinji adds to Mkango’s excellent pack of cards in Malawi, which might just turn out to be the kickstart Malawi needs to discover its true potential. Malawi has been embroiled in several political scandals of late and is caught up in a perpetual economic crisis. Its difficulties notwithstanding, the country has huge potential in terms of human capital and in the agricultural and tourism sectors.

Mkango recently announced the results of a reconnaissance shallow soil sampling and auger programme at the 869km2 Mchinji licence. The results demonstrate the presence of interesting grades of rutile and anatase and ilmenite hosted in free-dig saprolite material from surface.

According to Mkango’s president Alexander Lemon, the company is still 100% focused on developing Songwe Hill and is in the process of completing its feasibility study. “Nevertheless, we are very pleased to add this new rutile and ilmenite discovery to our portfolio of projects in Malawi. The early stage results show similarities in terms of saprolite-hosted mineralisation to the recent rutile discoveries made on the adjoining Sovereign Metals licence to the east, and suggest the potential for discovering high-grade rutile deposits within Mkango’s large licence area, in what could potentially be a new province of rutile mineralisation,” says Lemon.

In a world where new, “cool” and unconventional minerals are challenging traditional commodities, mostly because of new technologies for batteries and energy, it would be an understatement to say Mkango’s projects looks interesting. Although Malawi’s infrastructure is not the best in the world, it is sufficient to support projects of this scale. In the brave, new post Covid-19 world, it will do no harm to keep an eye on Mkango’s next move. It has a pragmatic executive team with a good understanding of mining and what it takes to operate in African countries. Mkango in Malawi is my pick of the week.