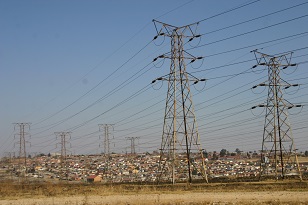 Image: Energy, after all, is the bedrock of any economy, and Africa needs to start fixing its energy crisis. Image credit: WhyAfrica

A mixed bag of power sources is Africa’s future. Africa as a continent will benefit significantly from a comprehensive mix of renewable power with traditional power sources.

Africa will play a significant role in meeting the world’s growing oil and gas demands as investments in the resource-rich continent start gaining traction and more sources of energy are opened up. This will be in addition to Africa’s expected growth in renewables and other cleaner sources of energy such as natural gas.

Although Covid-19 and the lockdown regulations imposed to curb its spread have had adverse and far-reaching effects for many sectors, it has accelerated the energy transition from fossil fuels to greener, more sustainable energy, particularly across Africa.

To continue benefiting from this impetus, and to set Africa’s growth on a faster trajectory, we need to keep seeing investments and build onto the ones we have.

As stakeholder and regulatory pressures increase for the world to seek alternative energy sources such as natural gas, wind and solar, we have seen pledges from global corporates to increase low carbon investments. However, that has the potential to decrease Africa’s economic outlook, especially in areas where oil and coal have played such a substantial role in powering local economies. Our continent, though, is also rich in energy metals and minerals used in batteries, like copper, lithium, cobalt, and graphite. The investment into these resources will assist in ensuring the economic growth of the continent continues.

Many companies have made changes to how they operate and are cutting back on costs. Yet, to continue to operate in a low-price oil and gas environment, concessions need to be made by governments – especially when it comes to the ease of doing business and ensuring fiscal clarity and monetary stability.

Such behaviour could encourage more companies to invest in Africa as independent oil companies are under pressure to divest to meet their environmental, social, and governance (ESG) targets. Alternative investments from other upstream and midstream companies that are desperately needed could come from countries in Asia and the Middle East.

Africa will continue to see a demand for natural gas and oil  and it could become one of the largest growth regions for the liquid, growing faster than the rest of the world, especially for LNG projects under construction or coming on stream in Mozambique, Nigeria, Senegal and Mauritania.

Africa, traditionally, has lacked reliable and affordable energy. We are seeing increased access to power, especially with reference to the material liquefied natural gas projects mentioned, as well as greater investments in wind and solar energy, leading to a hybrid energy solution for Africa.

In fact, some see Dangote becoming the oil giant of the west of Africa from as soon as 2022 as new refining capacity comes on-stream for the first time since the 1960s. Undoubtedly, this will allow Africa to rebalance its supply and demand for refined petroleum products, possibly reducing the dependence on the rest of the world for imports

With increased investment in gas, this means that gas can be supplied on a more competitive basis into these markets. Natural gas can play a significant role in augmenting solar and wind power, which are dependent on conducive weather conditions. And unlike coal, for example, where the plants must be run around the clock to provide baseline power, natural gas is much more flexible and can be brought online as needed.

Looking a bit further into the future, stored power is also becoming increasingly prevalent. We have  seen the cost of battery storage reducing quite significantly over the past three to four years. It is still probably on the more expensive side compared to other technologies, but we expect that over time, as prices decrease, countries and governments will start making more use of this technology. Our continent is rich in battery minerals and countries with these resources will be sought after well into the future.

This technology does have the potential to negatively impact gas, although that potential is a rather long way off. The apparent solution to future power needs is a balanced mix of all available generating sources. However, before countries can get there, governments need to do proper assessments of what the power needs will be over the long-term: 2030 and beyond.

Such an assessment needs to take into account new technologies, as well as the ones we anticipate coming to end-of-life, such as coal fired power plants that are expected to be mothballed. Countries also need to carefully assess each aspect of the value chain, from generation to distribution and consumption and determine which areas are lacking and what can be done to fix them (most sustainably and cost-effectively as possible.)

Energy, after all, is the bedrock of any economy, and Africa needs to start fixing its energy crisis. It is a crisis that could take us back many years from a developmental perspective. However, it is also a crisis that presents an opportunity because of the global acceleration towards alternative energy sources.

We can look beyond the current grid and to a future that promises a sustainable, cost-effective, energy mix for all Africans.