Mining investment in the DRC not at expected levels 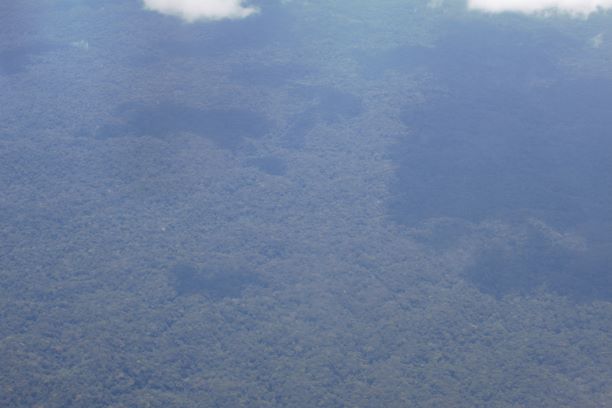 Investors remain cautious of the DRC, despite its abundance of natural resources Image credit: WhyAfrica

31 July 2021 – The DRC is endowed with vast mineral reserves, particularly cobalt, copper and gold. Despite its rich mineral deposits, mining investments in existing operations, and new mines, have not been at expected levels.

The Democratic Republic of Congo (DRC), which produces approximately 70% of the world’s cobalt, a key mineral in the manufacture of batteries that power electronic devices and electric vehicles, has the largest cobalt reserves in the world.

The DRC also has vast reserves of copper, gold, diamonds, zinc, and other minerals. With the ever-increasing demand for battery minerals, as the world transitions to a green economy, and with the trending focus on Environmental, Social, and Corporate Governance (ESG) compliance and reporting, the natural expectation is for there to be significant investment in the DRC, in particular, copper and cobalt.

Covid-19 has taught the world’s mining and natural resources sector many lessons, one of which, is how important it is to diversify risk by investing in the so-called “safe haven” minerals, such as gold, and the expectation would also be for investors to focus on the DRC, with its substantial gold reserves.

Gold has (despite some ups and downs) performed extremely well over the last twelve to eighteen months, and investment in exploration and operational mines, shareholding, and physical gold has generally netted good, largely stable, returns.

Despite the DRC being endowed with vast mineral reserves, particularly cobalt, copper and gold, investment in existing operations, and new mines, has not been at expected levels.

There are a number of reasons for this, most notably the fragile political alliance that has been formed following the election of President Felix Tshisekedi, in the place of former President Joseph Kabila, and the substantial changes made to the DRC’s mining laws, in 2018.

Other challenges have included socio-economic demands for participation in the benefits that flow from the mining and natural resources sector, with related community activism, and a large artisanal mining subsector, with the consequences that flow from this largely unregulated subsector, such as smuggling, environmental impacts, exploitation of vulnerable people, disputes between the artisanal miners and the large mining companies, and concerns surrounding security, flowing from incursions by organisations which disrupt the mining operations.

While attempts have been made to regulate artisanal mining, it is still largely illegal, and goes hand in hand with criminal organisations and structures, smuggling, child labour, and rule by fear.

The current fragile political environment in the DRC has impacted, significantly, on the mining and natural resources sector in the DRC. The mining and natural resources sector engaged for a lengthy period with the DRC government on the proposed changes to the DRC’s mining laws, and the expectation was created, including through former president Joseph Kabila, that once the amendments to the DRC’s mining laws were promulgated, there would be ongoing discussions in relation to key changes such as the provisions relating to “super profits” and the significant increase in royalties, including in relation to those associated with so-called “strategic” minerals (which included copper).

When President Felix Tshisekedi was appointed, he made it clear that the amended mining laws were in place, had to be complied with, and essentially, that no further discussions would take place. Despite this however, and probably because of ongoing pressure from stakeholders, and the fluctuating (including significant drop) prices of key minerals, which impacted on the DRC’s perceived position of power, resulted in the DRC government embarking on a popularisation initiative, in support of the DRC’s Revised Mining Code (Revised Code), which included publication of an annotated version of the Revised Code.

The Revised Code and the Revised Decree brought in sweeping changes and, like the changes to the mining laws in Tanzania, seemed to be an attempt to satisfy growing calls for the implementation of laws which supported nationalism, aimed at ensuring that the citizens of the DRC, benefit more from the extraction and beneficiation of the DRC’s natural resources.

The changes to the Revised Code and the Revised Decree did not go down well with investors, and there are still ongoing disputes, which are a stark reminder of how things can change from day to day, depending on who is in power.

The Revised Code and the Revised Decree are ostensibly aimed at promoting the interests of the DRC and its citizens, by making provision for flow of more revenue to the fiscus (with the natural consequence that non-DRC companies and investors receive less revenue).

This approach works when prices for minerals are relatively high, and the mining operations are profitable. As soon as mineral prices drop, or the costs of mining increase substantially, this impacts on the viability of mines, and impacts investment decisions, more generally.

The amendments to the Revised Code and the Revised Decree were made at a time when mineral prices, particularly for copper, cobalt, and gold, were higher, and many existing operations in the DRC, and new investors, took a pragmatic approach. However, this has not remained the situation, and amendments such as increased royalty rates, the ability to declare certain minerals as strategic minerals (with further, increased royalties), and restrictions on free flow of funds in and out of the DRC have made investors extremely cautious. This has been exacerbated by the uncertainties surrounding local ownership and indigenisation requirements – at this stage it is unclear whether these requirements apply to the issuing of new rights to mine only, or to rights to mine which were issued, before the 2018 changes.

Despite the policy and regulatory uncertainty, world demand for battery minerals, and “safe haven” minerals such as gold, means that there are always likely to be investors with a greater risk appetite, and despite investor concerns, the DRC is likely to continue benefitting from investment.

Investors are however likely to place significant pressure on the government of the DRC to address key concerns such as the policy and regulatory uncertainty, challenges around illegal mining being conducted by artisanal miners, and of course, the Covid-19 pandemic.

What is required of President Felix Tshisekedi is to provide investors with some form of stability, and the starting point, would be to re-extend stability arrangements to at least ten years, as opposed to the five-year period as set out in the Revised Code and the Revised Decree, together with an unequivocal indication regarding when the stability period begins to run. Investors generally invest more readily where stability is provided for a period that is clear.