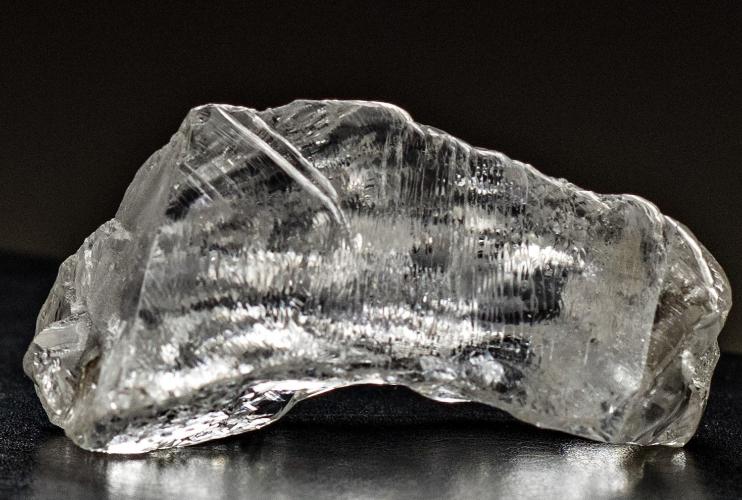 The large, high-value diamonds produced at Lulo attract some of the highest prices per carat for rough diamonds globally. Image credit: Lucapa Diamonds.

The Lulo mine, owned by Australian based Diamond Company and its partners in the Projecto Lulo Joint Venture Endiama and Rosas & Petalas, has been in commercial production since 2015.

According to Managing Director Stephen Wetherall the key objective of the kimberlite bulk sampling program is to identify the primary source pipe(s) of the exceptional large and high-value diamonds being recovered in the alluvial mining operations, and to assist in a preliminary economic assessment of the potential source discoveries.

“The Project Lulo JV partners have already identified six diamondiferous kimberlite pipes, some with high proportions of rare Type IIa diamonds. The L028 bulk sample result was an important outcome for the kimberlite exploration program in the Canguige catchment because it is the rare Type IIa content that allows Lulo to attract some of the highest average prices per carat for alluvial diamonds on the Lulo concession,” says Wetherall.

Lucapa Diamond Company has assets in Africa and Australia. It interests in Africa includes two producing diamond mines in Angola (Lulo) and Lesotho (Mothae). The large, high-value diamonds produced from these two niche African diamond mines attract some of the highest prices per carat for rough diamonds globally.

Lucapa and its project partners are also exploring for potential primary source kimberlites or lamproites at the prolific Lulo concession in Angola, the Brooking project in Australia and the Orapa Area F project in Botswana.