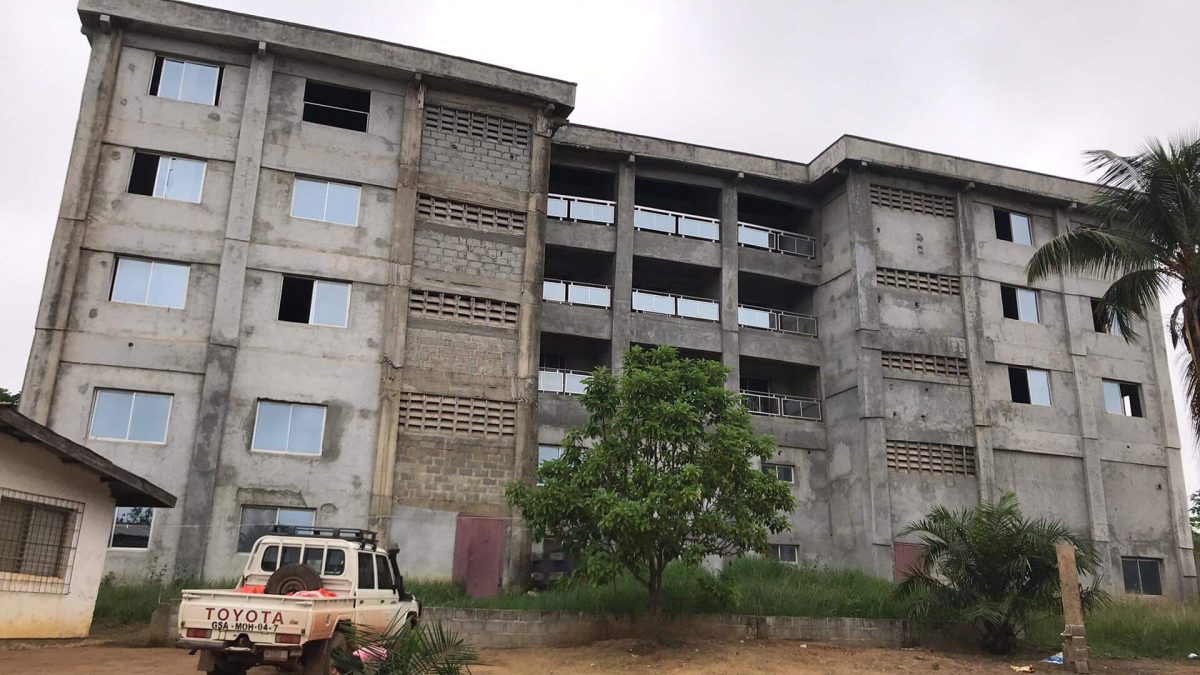 A lack of funding is frustrating local companies in Liberia and has resulted in several promising construction projects being put on ice, writes Leon Louw, owner and editor of WhyAfrica.

It has been a tough two years for Liberia. Before the onset of covid-19, it seemed that the country was on a recovery path based on pro-poor policies. However, the government of former footballer George Weah, like most governments around the world, has not covered itself in glory since 2019. Several scandals rocked the country over the past two years, while the pandemic created havoc in an already weak economy.

But despite these setbacks, the Liberian people have stuck to their guns, and although the path forward looks rocky, there is hope. Several government-funded infrastructure projects are moving ahead, albeit slowly. However, according to sources in Liberia a lack of funding and a dearth of foreign investors are holding back significant private sector projects, especially in the construction sector.

The Liberian government has embarked on a massive programme to restore and expand the road network in Liberia, and an electricity interconnector between Côte d’Ivoire, Liberia, Sierra Leone, and Guinea should be completed in 2022, after substantial delays during Covid-19. Access to electricity will make life easier for many Liberian citizens, although electricity tariffs will be difficult to contain.

While the country heads for elections in 2023, Luxemburg-based mining company ArcellorMittal is about to launch phase two of its expansion project of the company’s massive iron ore asset in Liberia.  The scope of this project, which includes new road, rail, and port facilities, will make it one of the largest mining projects in West Africa. Moreover, Liberia wants to improve infrastructure between itself and neighbouring Guinea. The mining industry in Guinea is looking at Liberia’s Port of Buchanan for export, especially when developing Mount Nimba, another mega project on the cards.

But on the ground, the country’s budding private sector needs investors to come to the party. Many promising projects have stalled with the onset of the global pandemic. The construction sector, which was just beginning to find its feet in 2019, has been hardest hit.

About 265km north-east of Liberia’s capital city Monrovia, a local Liberian construction company Atlantic Engineering & Construction (AECC) was forced to stall work on the Yarzue Hotel in Ganta City when funding dried up as investors fled during the most severe covid-19 lockdowns in early 2020. AECC just didn’t have the legs to complete building what would have the biggest hotel complex outside of Monrovia.

The hotel is ideally located close to Guinea. Ganta City is quickly becoming the busiest city in Liberia. The hotel expected to attract local and international guests once operational. It is ideally situated between Guinea and Liberia and will be the ideal stopover for businessmen and women travelling between the two countries as the large infrastructure projects mentioned above gets going.

The hotel has a total of 30 suites out of which 15 are single-bedroom suites, 12 are two-bedroom suites, and three are three-bedroom suites. The suites have self-contained living rooms, kitchens, and bathrooms. The hotel is being built on approximately three acres of city land with space for a swimming pool, parking lot and an event hall.

AECC managed to complete the construction, roofing, and very little finishing but are short of funds. They are now searching for both local and foreign investors to help with the full completion and launching of the project.

AECC was established in 1983 and worked as a subcontractor primarily on projects funded by the U.S. Agency for International Development (USAID) until 1987. The company was registered in 1988 as a Civil Construction Organisation with its head office in Monrovia, Liberia. The company is now a 100% Liberian owned construction company with more than 30 years of experience working for various organisations.

They specialise in the design and construction of infrastructure including bridges, roads, commercial and residential buildings, water and sanitation works, and more. The Sanquin river bridge in Sinoe County, valued at about USD2.5-million, is one of their major projects.

For details regarding the company plans, the needed investment amount, or equity questions, kindly email them at support@aecc88.com.