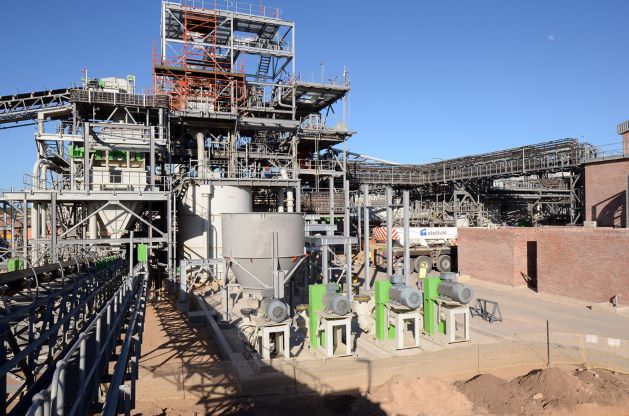 London listed phosphate producer Kropz seems to have gained the upper hand in an endless battle to have its Elandsfontein phosphate mine cleared to start production, writes Leon Louw, founder and editor of WhyAfrica

Although the phosphate market has been subdued, fertilizer is a lucrative business in Africa. Kropz’s Elandsfontein mine, close to Langebaan on the West Coast of South Africa, hosts quality phosphate rock suitable to produce phosphoric acid, DAP, MAP and SSP. Elandsfontein will enjoy particularly advantageous freight rates to Brazil and the important markets in India, Australia and New Zealand.

Despite its potential to create jobs for impoverished local communities, Elandsfontein has been controversial. The mine is located close to the Langebaan lagoon, an extremely sensitive natural ecosystem, in which groundwater plays an integral role.

This has resulted in several attempts by environmental groups to put a spoke in the wheel, and halt operations at Kropz’s open cast operation. Kropz and a team of top scientists have done extensive research over the last four years focussing on the movement of underground water and refilling of the underground aquifers.

The phosphate deposit at Elandsfontein occurs below the natural water table and dewatering is required to provide practical and safe mining conditions.

Elandsfontein employs state of the art technology to reinject the water, to protect the water flow into the world-renowned Langebaan Lagoon. The system is managed through online control systems, and an extensive ground water monitoring scheme ensures that the integrity of the ground water resource is maintained.

Kropz Elandsfontein’s mining right was granted in terms of the Mineral and Petroleum Resources Development Act (MPRDA) on 30 January 2015, for an initial period of 15 years. The water use license was awarded in terms of the National Water Act, on 7 April 2017, also for 15 years. The mine also holds an air emissions license to allow the operation of a concentrate dryer on site.

Despite having been granted all the necessary permits to mine legally in the area, a group called the West Coast Environmental Protection Association (WCEPA) appealed against the Integrated Water Use Licence (iWUL). However, on 10 September this appeal was dismissed by the Water Tribunal.

According to Kropz CEO Mark Summers, Kropz has, from the outset, been focused on managing the potential impacts of its planned phosphate mining operation on water resources, the Langebaan Lagoon and the environment as a whole.

“While we await the Water Tribunal’s reasons for its dismissal of the appeal by WCEPA, we are enormously encouraged by what this outcome means, not only for our company, but for the many stakeholders in the community around our Elandsfontein Project.

“We are enormously proud that, in a world first, we engineered a solution that, quite simply, takes ground water around our mining operation, and re-introduces it, untouched, back into the environment.

“The results of extensive groundwater monitoring have been shared on a regular basis, for more than four years now, with a committee representative of organs of state, farmers’ associations and NGOs, including WCEPA. These show that the impact of our operations is zero.

“The way is now clear for us to expedite production at Elandsfontein; creating desperately needed job opportunities for the local community; paying taxes and royalties; and rewarding investors, local and international, who have supported us through this extended challenge of scientific evidence against human emotion,” says Summers.