Karowe expected to deliver the goods until at least 2040 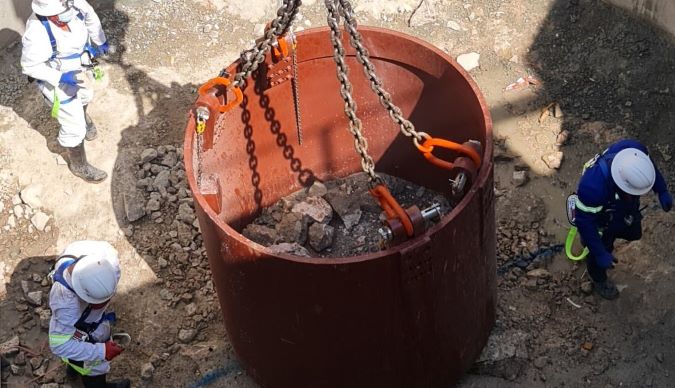 Karowe expected to deliver the goods until at least 2040

While Botswana is on a drive to diversify its economy, diamonds will continue to play a significant role in the country’s future. With expansions underway at TSX listed Lucara Diamond’s Karowe project, the mine is expected to be around until at least 2040.

The Botswana government has been on a drive to diversify its economy away from a reliance on diamonds over the last five years or so. Other commodities like copper, coal, nickel, and iron ore are found in abundance throughout the country, and several mining companies are building new mines or doing exploration work in the Kalahari.

In the transitional period though, diamonds continue to play a significant role in Botswana’s economic evolution. Karowe, close to Letlhakane, in the south of the country, is one of the best producing mines of high quality in the world. Karowe has produced several +10.8 carat diamonds and yielded five of the 10 largest diamonds in recorded history. In July last year, Lucara announced the recovery a 62.7-carat fancy pink diamond from Karowe – the largest fancy pink gem to be recovered in Botswana, and one of the world’s largest rough pink diamonds on record.

Lucara decided two years ago to expand the underground mine at Karowe to extend the Life of Mine (LoM) to at least 2040. During the Underground Extension Project (UGP), the team would mine predominately from the highest value EM/PK(S) unit and is forecasted to contribute approximately USD4-billion in additional revenues, using conservative diamond prices, starting in 2026.

According to Eira Thomas, CEO of Lucara, the mine has made tremendous progress on the UGP over the last eighteen months, despite the challenges imposed by Covid-19.

“The project is fully financed, allowing us to move into high gear during the second half of the year. Using conservative diamond price assumptions, the project delivers strong economics projected to pay back capital in under three years and add approximately USD4-billion in revenues from an extended mine life. The project also comes at a time when the outlook for the diamond market is stronger than it has been for many years representing an exciting growth opportunity for our shareholders and stakeholders in Botswana,” says Thomas.

Karowe was a conventional drill and blast open pit operation, with diesel excavators and trucks providing an average annual 2.6 million tonnes of kimberlite feed to the mill. The open pit mine operation is expected to terminate mid-2026, ending at an elevation of approximately 700m above sea level.

The Karowe UGP is targeting the substantial resources remaining below the economic extents of the open pit in the South Lobe. A 7200 tonne per day (tpd) shaft operation utilising long hole shrinkage (LHS) mining will provide an additional 13 years of mine life to the Karowe operation after a five-year construction period.

The mine will be accessed from a 767m deep production shaft, 8.5 metres in diameter, driven from surface and will be equipped with two 21- tonne skips for production hoisting and a service cage for man and material movement through the mine.

This shaft will also serve as the main fresh air intake to the mine. A second shaft, 6.0 metre in diameter, driven 733 metres deep from surface, will form the main ventilation exhaust pathway. The LHS method is planned to systematically drill and blast the entire lobe on a vertical retreat basis.

In LHS, a significant proportion of the blasted muck is left in the stope during blasting and stoping to stabilise the host rock with only the swell extracted during the drill and blast phase. Mucking will take place from draw points from the 310L (310 masl) extraction level.

Once the column is fully blasted, the stope will be drawn empty by mucking the draw points. The bottom-up approach of the LHS mining method takes advantage of the higher value EM/PK(S) kimberlite unit at depth in the South Lobe at Karowe, and balances high initial capital costs with low operating costs while de-risking the project with respect to the geotechnical and hydrogeological aspects of the host rocks.

Following the completion of the feasibility study for the Karowe UGP, Lucara appointed the United Mining Services (UMS) group and JDS Energy & Mining in October 2019 to engineer and design the shaft sinking of the production shaft (8.5m in diameter), and the ventilation shaft (6m diameter), both reaching a depth of about 750m below surface.

According to Dr Pieter Louw, Group Executive Project Services at UMS and UMS’s project manager, UMS has adopted different sinking methodologies and equipment to be used at Karowe.

“In the past, we used to sink with cactus grabs which needed people in the bottom. We are now using vertical shaft muckers and state-of-the-art jumbo drill rigs to drill at the bottom. We’re doing inline work as opposed to concurrent work with people working at the bottom.”

He adds that as part of its safety management plan, UMS has established a training centre on site at Karowe that facilitates inductions and training of local operators on the various equipment. The company is constructing a mock-up training tower on the surface to train operators on vertical shaft muckers and will have a similar training simulator for excavator operators.

With prospects of more open-cast mines transitioning to underground in Botswana, the local community stands to benefit from obtaining specialised skills related to shaft sinking.