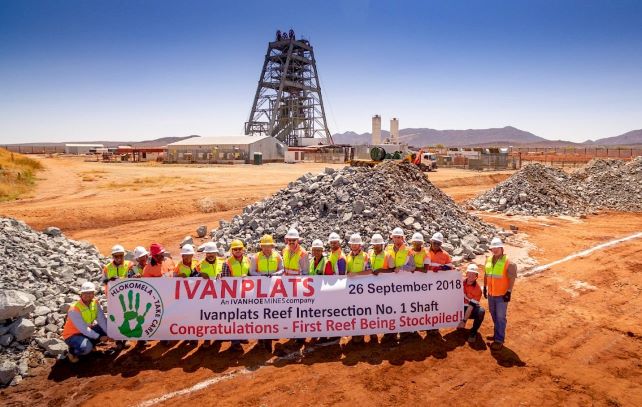 Canadian company Ivanhoe Mines has acquired the exclusive right to negotiate an offtake agreement with South Africa-based Renergen for electricity generated from Renergen’s gas and solar hybrid-power facility in the Free State province of South Africa.

Renergen’s Virginia Gas project will be constructed in the Witwatersrand Basin, about 600km south-west of Ivanhoe’s Platreef Mine, close to Mokopane in the Limpopo Province.

Ivanhoe’s Executive Co-Chair Robert Friedland said yesterday that he is confident that electricity generated from Renergen’s gas and solar hybrid-power facility could be combined with Ivanhoe’s solar power facilities to provide Platreef with an uninterruptible power supply to meet the mine’s base-load requirements.

Renergen is an emerging producer of helium, energy and liquefied natural gas (LNG) with near-term production and sales of compressed natural gas (CNG) and helium from its Virginia Gas Project that comprises exploration and production rights of 1870 square kilometres of gas fields across Welkom, Virginia, and Theunissen, in the Free State province of South Africa.

Furthermore, Ivanhoe became the biggest shareholder in Renergen through an equity investment of about USD13-million, which gives Ivanhoe an approximate 4.35% interest in Renergen’s issued and outstanding shares.

In addition, Ivanhoe has the right to nominate one director to Renergen’s board of directors and is entitled to customary anti-dilution rights. Renergen is listed on the JSE and A2X exchanges under the ticker REN and on the ASX under the ticker RLT.

Solar and gas for baseload

Construction of Ivanhoe’s first solar power plant at the Platreef Mine is set to begin next month. The initial 5-megawatt (MW) plant is expected to begin supplying clean, solar-generated electricity to the mine in early 2023.

“We have committed to our stakeholders that we will explore every avenue available to minimise the environmental impact of producing metals that are critical to the electrification of the global economy,” said Friedland.

“Having a reliable source of clean, renewable electricity from a solar-power plant at the Platreef Mine is an important step in our journey toward net-zero carbon emissions,” Friedland added.

In 2021, South Africa’s government officially raised the licencing threshold for embedded generation projects from 1 MW to 100 MW, clearing the way for miners to start generating their own electricity.

Design and engineering of the initial 5-MW solar plant at the Platreef Mine is complete and construction is set to commence next month, with commissioning expected in early 2023. The solar-generated power from this initial plant will be used for mine development and construction activities, as well as for charging Platreef’s battery-powered underground mining fleet, further reducing carbon dioxide emissions.

Ivanhoe Mines indirectly owns 64% of the Platreef Project through its subsidiary, Ivanplats, and is directing all mine development work. The South African beneficiaries of the approved broad-based, black economic empowerment structure have a 26% stake in the Platreef Project. The remaining 10% is owned by a Japanese consortium of ITOCHU Corporation; Japan Oil, Gas and Metals National Corporation; ITC Platinum Development Ltd., an ITOCHU affiliate; and Japan Gas Corporation.