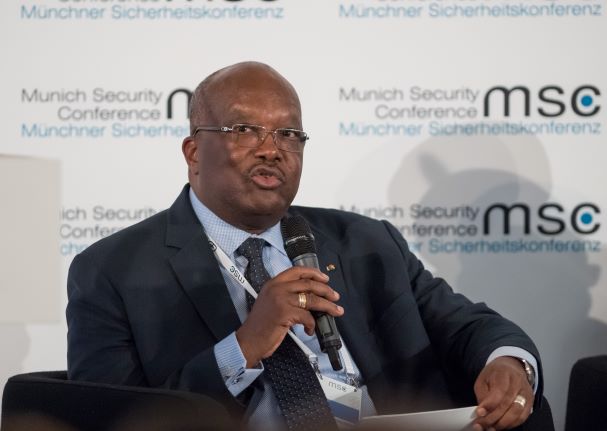 Roch Marc Christian Kaboré, President of Burkina Faso, is feeling the heat after another attack on government soldiers in the north of the country. Image credit: Wikimedia Commons

Citizens in West Africa continue questioning the role and responsibility of French soldiers in the region, writes Leon Louw, founder and editor of WhyAfrica.

France’s presence in West Africa and in parts of the Sahel are in the spotlight as tensions rise in Burkina Faso. The French has never been welcomed with open arms in the troubled regions of Mali and Burkina Faso. This apparent dislike of the former colonialists was laid bare during recent protests in Burkina Faso’s capital Ouagadougou.

French soldiers have been deployed in parts of West Africa in response to a rising security threat across the region. Mali and Burkina Faso especially, have been in the line of fire for several years. The President of Burkina Faso, Roch Marc Christian Kaboré, a trusted ally of French President Emmanuel Macron, is under increasing pressure as attacks against civilians and his gendarmes intensifies.

The latest attack on Sunday, 14 November 2021, in which 49 gendarmes and four civilians were killed, served as the catalysts for public mobilisation against the French and Kaboré. According to reports, a dissident group attacked government forces at Inata in the north of the country. Their garrison’s position was weakened by the ineptness of the government, which resulted in the death of so many soldiers and civilians. Many people, including several analysts, are openly questioning France’s commitment and true intentions.

According to a report by Oxford Economics Africa, the government garrison at Inata was supposed to be relieved in November, but there were no helicopters available to transport the relief column or food for the gendarmes. The soldiers were forced to hunt for their own food around Inata. Weak and despondent they came under fire on Sunday 14 November.

The attack is thought to be the work of Ansarul Islam, a local jihadist outfit with links to the Group of Support to Islam and Muslims (GSIM), a regional group.

According to Oxford Economics Africa, there were sizeable protests in the capital, Ouagadougou, and several other cities and towns.

“An organisation called the Coalition of Patriots of Burkina Faso (Copa-BF), played a major role in coordinating the protests. The protests had a strong anti-French flavour. In Kaya, about 180 km from Inata to the south-east, protesters said they want the French to leave the Sahel completely. Two days ago, protesters in Ouagadougou called on Kaboré to quit. A police unit used tear gas to disperse the crowd. According to reports, another protest is planned for Saturday, 27 November,” Oxford Economics stated in their report.

According to François Conradie, lead Political Economist at Oxford Economics Africa, Kaboré is extremely weak politically. “At the same time the French are under overwhelming pressure to leave the Sahel,” he says.

“Opposition to their presence from the public in West African countries is overlapping with a diplomatic spat with the military junta in Mali, an isolationist mood in France (where President Emmanuel Macron is running for re-election in April) and, we suspect, Russian agitation to make it very difficult for the French to remain. If they do disengage, which now seems highly likely, it will be a retreat of historic significance with consequences for the operating environment in a number of West African countries, as well as for African politicians who have good relations with Paris. Events in Burkina Faso merit watching,” Conradie adds.

Oxford Economics Africa specialises in providing forecasts and insights for major African economies. Their services include a comprehensive analysis of immediate and long-term prospects that will benefit organisations monitoring risks or opportunities for their operations or investments in the continent. For more go to https://www.africaneconomics.com/about-us 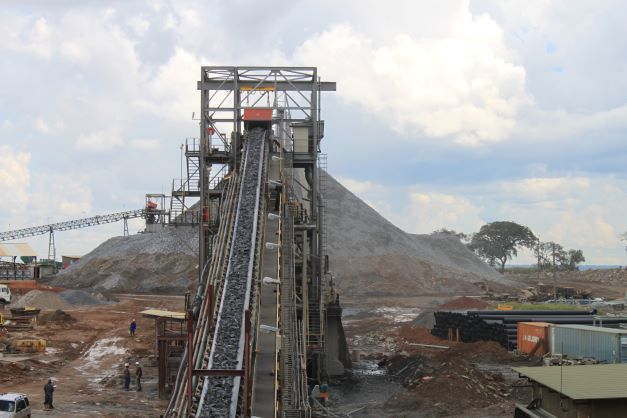 Expansions at First Quantum Mineral's Kansanshi copper mine in Zambia will extend the life of mine with more than 20 years. Image credit: Leon Louw for WhyAfrica

First Quantum in Zambia is WhyAfrica’s Pick Of The Week