Investors should beware of PEAs 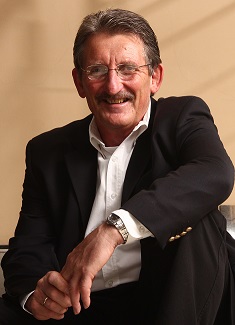 “The dire state of the global economy may be prompting the considerable number of PEAs being published,” says Roger Dixon, corporate consultant at SRK Consulting. “Investors should be reminded that there is not much value in the detailed value projections that often accompany these assessments.”

“Setting out these indicators in exact dollars and cents tends to belie the many assumptions that must be made at this stage in a project,” he says. “At best, it is a somewhat fruitless exercise to attach such exact numbers to a PEA – while at worst it could be highly misleading. There are just so many assumptions that are being made at this stage in a development, which have yet to be tested scientifically by technical studies.”

According to Dixon stock exchange regulators do make special provision for PEAs though, and that they do have a role in the project planning pipeline. Canada’s National Instrument 43-101, developed after the 1997 Bre-X scandal, recognises PEAs as one type of economic analysis of a mineral resource’s potential viability.

Reading media reports of mining project PEAs brings home this risk, he says, with some projects showing that a third or more of the mineralised material they employ in their models is in the Inferred Resource category. The NI 43-101 requires that a PEA that includes Inferred Resources in its modelling must have a qualifying statement to clarify that these are too speculative geologically to have economic considerations applied to them.

“PEAs also tend to underestimate the costs and complexities of a project and create expectations for indicators like NPV and IRR that may not be achieved in later studies – such as Prefeasibility and Feasibility studies,” says Dixon. “They also often use overly optimistic metal recoveries and metal price assumptions.”

Dixon warns that PEAs were not intended to be the basis for production or investment decisions, but rather to be stepping-stones in a much longer and more focused scientific and engineering process.