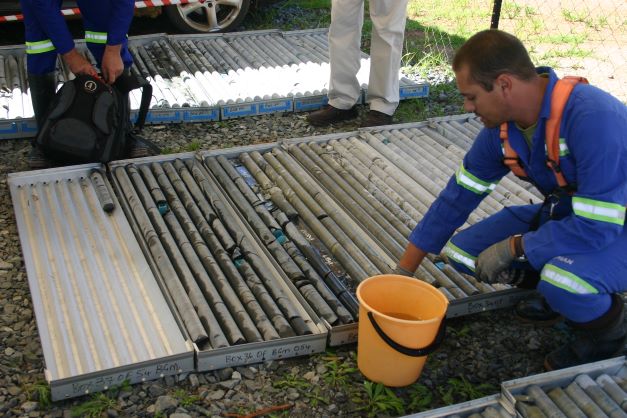 Exploration is vital for the mining industry in South Africa. Image credit: WhyAfrica

As the mining sector warns that the opportunities of the commodity boom are fast slipping by, government has committed itself to some ambitious targets in promoting exploration.

“She delivered a strong message that South Africa should not miss the current commodities boom like it had missed the last one,” said Mainama. “Among the challenges she singled out were the slow approval process for exploration permits, and the uncertain regulatory framework – a point emphasised by a number of speakers.”

Mainama noted that Minister of Mineral Resources and Energy Gwede Mantashe had responded by announcing a departmental strategy to secure 5% of global exploration spend within the next five years. The strategy was reportedly now with cabinet for ratification.

“The minister told the conference that geoscience data on the country’s mineral deposits was currently being updated to facilitate better access by exploration companies,” said Mainama. The information on who owns mining rights was to be readily available to all stakeholders and investors.

“The minister was also adamant that transformation was imperative in the future exploitation of Mineral Reserves, and that there should be a strong focus on developing black-owned mining companies,” he said. “Speakers and delegates also seemed to share the view that greater collaboration between stakeholders – guided by a common and constructive vision – was the only way forward.”

Among the speakers driving home this point was politician Sydney Mufamadi, who said the future success of mining would be based on the degree to which the industry and government could build trust – and forge policies amenable to growth.

“Fakude also emphasised the importance of Social and Labour Plans as powerful instruments to facilitate rural development and build relationships with host communities,” he said. “In fact, quite a few speakers pointed to the need for a more inclusive approach to mining communities, to address what is often a confrontational or adversarial relationship.”

The theme was also addressed by Anglo American CEO Mark Cutifani, who argued that a stronger partnership between mining companies, government and communities was required on which to build the sector’s future.

“He urged that a partnership should be forged to rebuild communities and improve people’s lives,” he said. “He reminded delegates that if you don’t get the relationship with the community right, you don’t have a future.”

The strong focus on environmental, social and governance (ESG) issues at the conference also included recognition of climate change, energy efficiency and the journey towards decarbonisation. Gold Fields CEO Chris Griffith noted, however, that an effective response would need more than individual entities taking action – but rather a holistic approach by all stakeholders.

SRK is an independent, global network of over 45 consulting practices on six continents. Its experienced engineers and scientists work with clients in multi-disciplinary teams to deliver integrated, sustainable technical solutions across a range of sectors – mining, water, environment, infrastructure and energy. For more information, visit www.srk.co.za