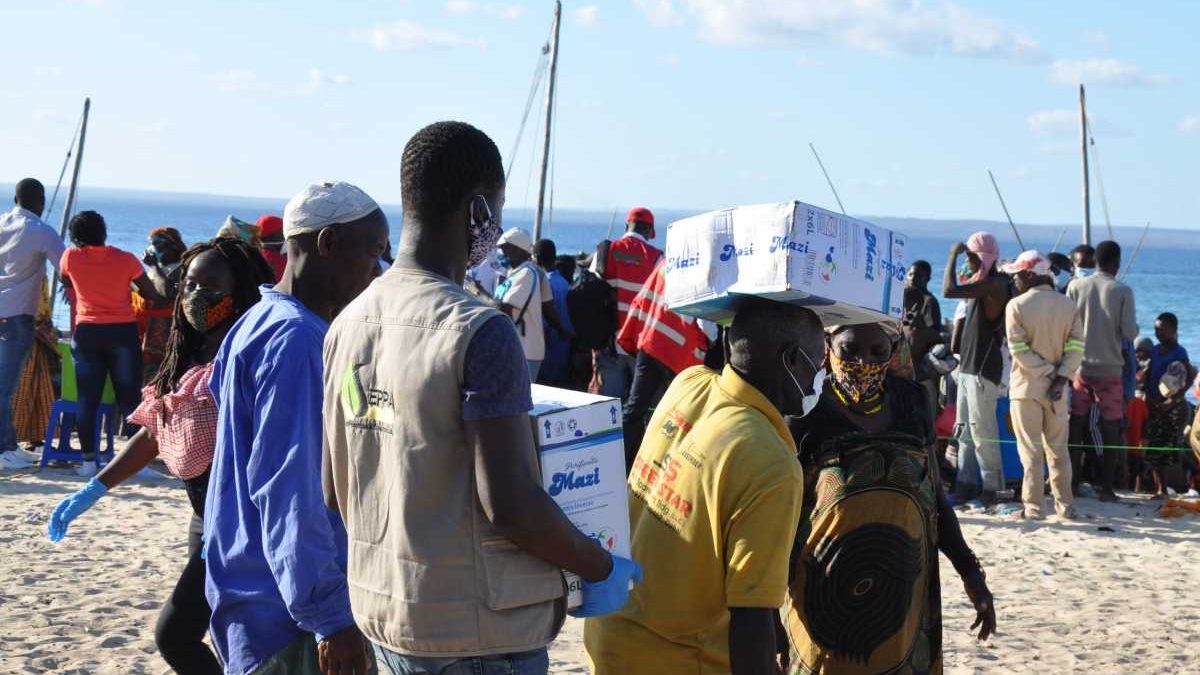 02 November 2020 – Despite efforts by the Mozambican government to curtail attacks by insurgents on villages in the Cabo Delgado Province, the situation has not improved enough to regard the area as a low risk destination.

Insurgents are still active in Cabo Delgado. The local population has borne the brunt of these attacks, and the number of displaced people arriving in Pemba, the provincial capital of Cabo Delgado, is an indication that these groups are still highly mobile in the region.

According to the UN Office for the Coordination of Humanitarian Affairs (OCHA) at least 219 boats, carrying more than 11 280 people arrived in Pemba between 16 and 29 October 2020. According to the International Organisation for Migration (IOM), almost half of the displaced people are children, of whom at least 25 boys and girls are unaccompanied or separated. More than 3500 women, at least 19 of them pregnant, over 100 elderly, around 180 people in need of immediate medical assistance and 10 people living with disabilities are among the people that have arrived in Pemba. Although the number of displaced people arriving has slowed in the past week, there have still been several hundred arrivals each day.

According to the IOM the new wave of displacement is reportedly coming mainly from Macomia (Mucojo); Quissanga (Mefunvo, Arimba, Nacoba, Napunda); Ibo (Matemo Island) and Metuge (Namavi, Situ) districts. A series of armed attacks have been reported in many of these districts in recent weeks, including in Macomia District, where at least two incidents were reported on 19 and 20 October in Koko, and another on 19 October in Olumbua, according to the Armed Conflict Location and Event Data Project (ACLED).

Displaced people arriving in Pemba are in urgent need of humanitarian assistance, particularly clean water, sanitation, hygiene (WASH) and health services, due to the risk of diarrhoea and cholera, with more than 90 people already been treated for symptoms of acute watery diarrhoea. Food and protection services are also crucial, as most newly displaced people are fatigued and hungry and many have witnessed or endured violence.

The new arrivals in Pemba highlight the rapidly rising number of people displaced across Cabo Delgado due to the escalation of the conflict since the beginning of the year. More than 355 000 people are now estimated to be internally displaced in Cabo Delgado, Nampula and Niassa provinces, up from less than 90 000 at the end of 2019, according to preliminary data from IOM . Access to essential services in areas impacted by the conflict has also been impacted. The Minister of Health, Armindo Tiago, quoted by the media on 28 October, said that over 100 health workers left areas affected by the conflict had fled to Pemba, compromising access to health care across most of Cabo Delgado.

In support of the Government-led response, humanitarian organisations are providing emergency assistance to people arriving in Pemba. Response activities at the disembarkation area in Paquitequete include the registration of all displaced people to identify their most urgent needs, distribution of food, and WASH, health and protection services. At least 8316 people received food and water since they arrived in Pemba.

Protection partners are working to identifying the most vulnerable for referral to services and humanitarians are providing information in local languages on where displaced people can receive assistance and support.

To prevent diseases, including cholera and Covid-19, WASH partners have installed latrines, handwashing facilities, water tanks and containers and bins for rubbish in the arrival area. Partners are also carrying out awareness campaigns, including waste collection sensitisation. In addition, health partners continue to distribute face masks and provide emergency medical assistance to displaced people in a temporary health facility established in the area. In recent days, partners have provided antenatal consultations for pregnant mothers and referrals to Pemba Provincial Hospital for skilled birth attendance. In total, at least 218 patients were assisted from 16 to 28 October, more than 90 of them with acute diarrhoea, 25 with malaria and 24 with other febrile syndromes.