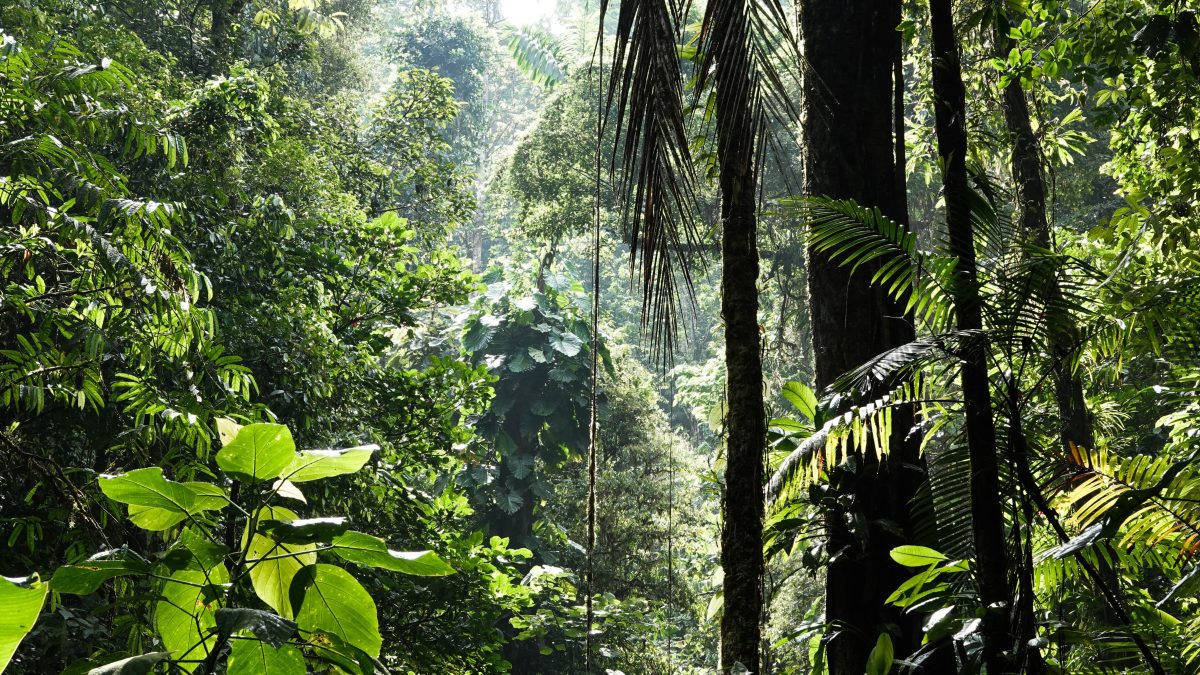 The lack of biodiversity monitoring is arguably the greatest weakness of the SDGs. Image credit: Alanka Skvarc from Unsplash

The Sustainable Development Goals (SDGs), laid out by the United Nations in 2015 provides a map to guide and measure the world’s progress towards a more sustainable global future. However, the SDGs are heavily slanted towards social and economic development.

The Sustainable Development Goals (SDGs) aim to guide our progress towards a more sustainable future. At the Consultative Group on International Agricultural Research, Dr Chris Dickens is working to identify the shortcomings of the SDGs in terms of protecting natural resources.

Of 231 unique indicators, just 18 directly monitor the natural resources provided by land, water, air, and biodiversity. While moderately comprehensive, these indicators lack holistic approaches to monitoring ecosystems and biodiversity. Moreover, they suffer from a lack of country-level data. A pragmatic future approach would be the forging of bridges between the SDGs and other global programmes.

They say that ‘you can’t manage what you can’t measure’. Nowhere is this truer than for the natural resources on which society depends. There are increasingly strong indications that we are already using more resources than the Earth can provide, and this does not bode well for the future of humanity. Society requires natural resources, including those provided by the land, water, atmosphere, and biodiversity, to survive and to develop. However, unless the exploitation of these resources is sustainable, they become depleted. Increases in population and consumption, along with changes in lifestyles, are placing huge strain on the availability and sustainability of natural resources. In just one example among many, it is estimated that 80% of the world’s population now live within areas where there is a high threat to water security. Exacerbated by anthropogenic climate change, these pressures could result in the collapse of natural ecosystems and loss of essential services. It would not be the first time. History can reveal examples of civilisations that collapsed following excessive depletion of natural resources (eg, the Mayan civilisation).

The Sustainable Development Goals (SDGs), laid out by the United Nations in 2015, are the world’s attempt to combat this issue. They provide a map to guide and measure our progress towards a more sustainable global future. Countries around the world have pledged their commitment to achieving these goals by 2030. However, despite climate and environmental change being the single greatest threat to mankind, the SDGs are heavily slanted towards social and economic development.

Through the Consultative Group on International Agricultural Research (CGIAR), Dr Chris Dickens (International Water Management Institute, IWMI) is working with WWF and Conservation International to identify the shortcomings of the SDGs in terms of natural resources. Together, they have interrogated the indicators that have been proposed to measure the state of all natural resources, and offer recommendations on critical course corrections before it is too late.

17 steps to a sustainable future

The SDGs include 17 goals, 169 targets, and 231 discrete indicators designed to monitor progress. The concept behind the goals is to achieve sustainability by balancing triple pillars of environmental, social, and economic development. The 17 Goals are:

It has been argued that the SDGs are too vague, lacking in practical pathways for realising the sustainable development that they seek. Dickens argues that the indicators are a particular area of weakness, as in their current form they are deliberately non-prescriptive about their achievements. Luckily, the indicators are not set in stone; undergoing continual development, there is room for improvement.

Of the 231 unique indicators currently in use, just 18 (a mere 7.8%) directly monitor natural resources; a further 19 (8.2%) monitor conditions for natural resource protection but do not directly quantify them. The 18 indicators of interest fall into four main groups: land, water, air, and biodiversity.

Land indicators focus on the health of agricultural soil, urban land conversion, forest area, greening of mountains, and the area of degraded land; however, there are gaps among these categories. For example, the measurement of sustainable agriculture does not include an indication of water resource availability; the degraded land indicator considers land cover and the net primary production of vegetation and carbon stock, but fails to consider soil conditions, nutrients and fertility, salinisation, or desertification. More major gaps include those related to the conversion of rural land to urban, the health of forests, the conditions of numerous ecosystems (eg, grasslands, savannah, wetlands), and the monitoring of ecosystem health at a landscape level.

Even when explicitly included, some indicators are poorly constrained and lack precision, making quantitative measurements a challenge. For example, there are no clear definitions of forest degradation or restoration, which can vary greatly from place to place. In other cases, indicators are so prescriptive as to be exclusionary; for example, stating that there is a direct correlation between green coverage of a mountain and its state of health ignores the fact that high altitude and desert mountains lack green cover while being perfectly healthy.

There are also substantial gaps in the indicators for monitoring water resources. While water quantity is considered through direct measures of water volume, discharge, and spatial extent across different landscapes and as groundwater, water quality is only somewhat covered. While many variables influence water quality, only five are specifically included (oxygen, nitrogen, phosphorus, salinity, pH). There are good reasons behind this decision – for example, choosing variables that are easy and cheap to measure, requiring only basic field equipment and skills that are globally available. However, by ignoring more comprehensive monitoring we risk overlooking serious threats to water. These include common pollutants like heavy metals and pesticides, but also emerging pollutants – natural or synthetic chemicals that are not routinely monitored but which pose a threat to human and/or ecosystem health. The main gaps come in the form of measurable variables that are not considered; for example, the volume of water in snow and ice, seasonal variation in water resources, and changes in river connectivity after dam development.

There have been recent improvements to air monitoring indicators, which originally only considered particulate matter in cities (that is, the level of particulate matter of 2.5μm or smaller). In 2020, an indicator was introduced to monitor greenhouse gas emissions, although a methodology for applying this indicator has not yet been developed. Other airborne pollutants that will be considered going forward include ozone (O3), nitrogen dioxide (NO2), and sulphur dioxide (SO2). A notable omission is the consideration of air temperature, the key variable of climate change. Dickens argues that linking the SDGs to the data and resources of the United Nations Intergovernmental Panel on Climate Change (IPCC) would be of great mutual benefit.

The lack of biodiversity monitoring is arguably the greatest weakness of the SDGs. Some minimal measures are tangentially included within other indicators; for example, marine fish stocks are considered while freshwater and marine biodiversity are not. An indicator of marine eutrophication does require the evaluation of marine biodiversity, but no methodology is provided. Some indicators, once implemented, should help to protect biodiversity, but do not directly measure it; for example, those linked to the trade in animal products, financial support for land and marine resources, and placing limits on alien species. The most biodiversity-focused indicator considers the threat to 120,372 coarsely defined at-risk species but fails to acknowledge that our planet actually supports some 8.7 million species.

Dickens summarises, ‘the glaring weaknesses are the health of ecosystems and biodiversity – on which all society is dependent’. Again, he suggests that forging strong links with other, existing biodiversity programmes around the world would be hugely beneficial, on the proviso that data are defined at a country level and that such links go beyond simple conversations (ideally, data from other programmes should be hard-linked to the SDG, such that one does not need to go looking for it).

The examples described here are just a small number among many identified by Dickens and his collaborators. Ultimately, they conclude that, in terms of natural resources, the SDG indicators are moderately comprehensive and partially appropriate. However, they lack a holistic approach, particularly about the monitoring of ecosystems and biodiversity, which are not included in any comprehensive way.

Moreover, even when appropriate indicators are included, the volume of country-level data remains inadequate owing to the priority given by countries to social and economic development, and to an unwillingness and/or inability of national governments to collect data on natural resources. Dickens and his colleagues argue that the most pragmatic approach to addressing these issues is to forge stronger bridges between the SDGs and other programmes collecting relevant data to guide our progress towards a more sustainable future.

To read the full report download the PDF on Taking inventory of natural resource indicators within the Sustainable Development Goals (researchfeatures.com