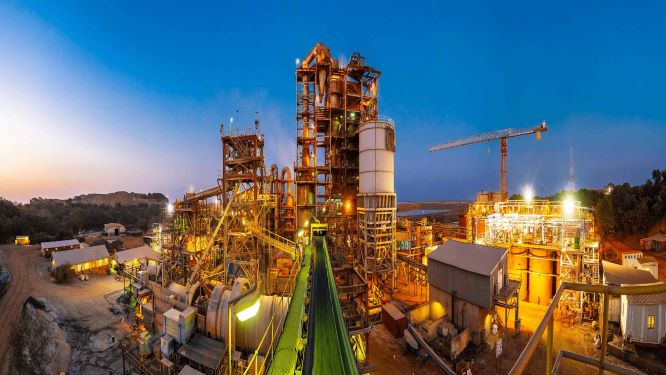 28 June 2021 – Hybrid solutions should be sitting at the centre of every energy discussion in Africa. Hybrid energy is the road to carbon neutrality.

The global population has been growing at a staggering rate. Improvements in healthcare have extended the human lifespan and reduced infant mortality which means more people, living longer.

This population weight is drawing ever more heavily on power – energy consumption is increasing and is unlikely to slow down any time soon.

This relentless consumption of power is putting pressure on resources and systems and demands that organisations and industries take fresh approaches to power sources and uses.

Today, most industries remain reliant on the energy generated by fossil fuels and inflexible grids, both with their own challenges. Fossil fuels are depleting, and they cause damage to the environment both in their use and their harvesting.

Inflexible grids built on ageing infrastructure are power-hungry, not optimised for growing demand, and energy is limited to flowing in one direction only.

Therefore, hybrid solutions should be sitting at the centre of every energy discussion in Africa. Hybrid energy can translate the complexities of the current market into seamless energy provision and potentially not only resolve energy limitations but improve access to energy for citizens and organisations on the continent.

Hybrid is more than just a tap into renewable resources, it is the most effective way to deliver clean and reliable power to remote areas, off-grid mining, and rural operations in Africa.

From small hydro plants to geothermal solutions to solar, onshore wind, and biomass, there are plenty of options for the continent to tap into as it moves from the old reliance on traditional power to new ways of working.

The other new normal

If renewable energy sources are evolving, then the future of energy could very well become decentralised. Access to power from multiple sources could become the new normal rather than the legacy reliance on ageing infrastructure and systems.

However, this needs investment in the right infrastructure and technology and a focus on bringing power closer to demand centres without building expensive transmission lines. This requires a splash of innovation into an ocean of renewable potential.

From the solar home system that can maintain a residence with 10-100W power to mini-grids that form distribution systems for localised customers that are isolated from the grid with less than 10MW of power, to grids offering power exceeding 10MW that connect multiple power networks to the service industry and urban areas.

The mini grids have immense value in delivering power to unserved or underserved areas that would not normally be connected to the grid.

This can ignite industry and entrepreneurship as well as transform access to education and improved living conditions. As new normal goes, this is a solid win for any country.

It also allows for improved reach and growth into new areas with a more reliable form of power. Hybrid power plants combine the cost-effective benefits of renewable energy and battery storage with the reliability of thermal energy.

Aggreko’s deal with Resolute Mining to build a hybrid power plant at the Syama gold mine in Mali, is just one example where hybrid energy is being used to augment its existing diesel power station.

As part of the 16-year deal, Aggreko is providing and operating a hybrid plant, comprising thermal, solar and battery components, which will ultimately result in Resolute reducing its carbon emissions by 20%.

It is also estimated that the hybrid power plant will deliver cost savings of around two million euros per month, a 40% reduction from its previous cost of energy.

Last year Aggreko partnered with global gold mining company Gold Fields to install the world’s biggest renewable energy microgrid for the Granny Smith gold mine in Western Australia, which, once fully operational, will reduce the mine’s fuel consumption by 10% to 13%. The new hybrid power system has been integrated with Aggreko’s existing gas fired power station.

Aggreko has a deep understanding of how to integrate and manage all forms of power, including thermal, renewable and energy storage, providing companies with constantly evolving hybrid energy solutions that are relevant for industry and country.

Aggreko has developed a modular hybrid microgrid package that intelligently blends solar, battery storage, and thermal gas, diesel, or HFO generators and that is efficiently managed by sophisticated hardware. It is scalable power, on-demand.

The goal is to create hybrid energy solutions that are capable, and that are designed to provide the power stability and reliability that is needed to deliver on the promise of renewable power.

This is essential – no hybrid solution will gain traction if it cannot offer reliability and longevity. This is why hybrid power platforms need to be integrated and developed intelligently, ensuring that organisations enjoy all the benefits of the new power normal – cost savings, efficiency, reliability, and sustainability.