Human-wildlife conflict on the rise in Tsavo 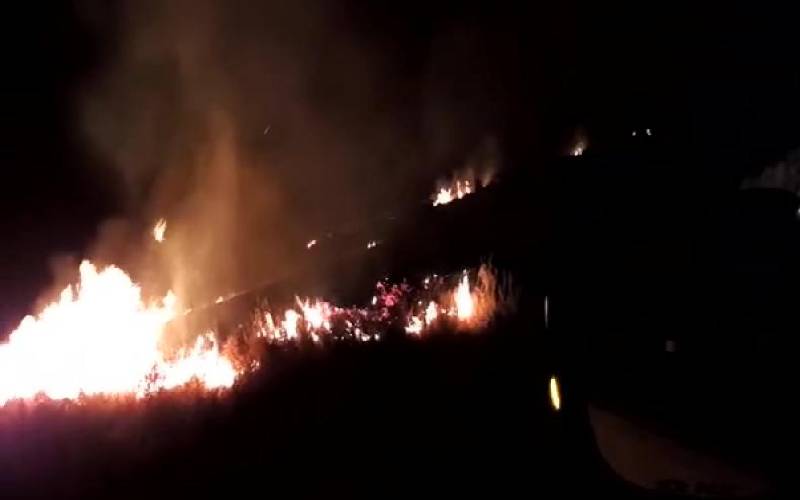 Fires that have been raging in the Tsavo National Park are fuelling human-wildlife conflict in the region. Image credit: African Sustainable Conservation News.

Covid-19 has placed enormous pressure on conservation and national parks around Africa and has resulted in increased tension and conflict between wildlife and communities surrounding national parks.

According to an article by journalist Jael Mboga that appeared in the Standard in Kenya last week an uncontrollable fire ravaged the Tsavo West National Parks for almost a week. The fire, which affected thousands of acres of land, is believed to have started at Taita Ranch, Kikkunduku and Chyulu, all at almost the same time. It is believed that the fires were started by disgruntled villagers.

Tsavo is home to most of the larger mammals, including vast herds of elephant, rhino, buffalo, lion and leopard, amongst others. In May, a fire broke out in Tsavo East National Park but was extinguished before it could do substantial damage. Then the fire was believed to have started in a village known as Lebanon, 15km from Voi town.

In January, Kenya Wildlife Services Director-General John Waweru said that the conflict between humans and wildlife was fuelled by a decline in the land available for conservation. He blamed climate change and the closure of wildlife corridors as the main reasons for the increase in the killing of animals in communal and farm areas. Speaking at the close of a one-week conflict compensation claims processing workshop at the KWS Training Institute in Naivasha at the time, wildlife principal secretary Fred Segor said loss of habitat and closure of migratory routes were the main causes of the conflict.