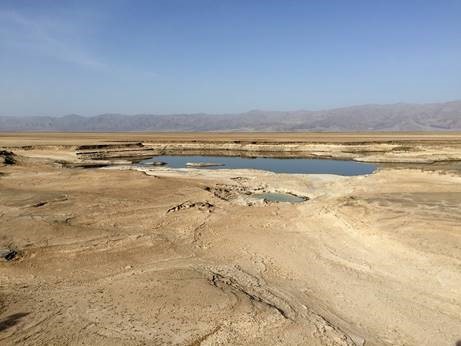 How to Pump water below sea level

Pumping and processing water for human and industrial use can be something of a challenge when the customer’s facility is located 120m below sea level.

Pumping and processing water for human and industrial use can be something of a challenge when the customer’s facility is, located on one of the richest sources of potassium-bearing salts used in the production of sulphate of potash (SOP) fertiliser, is located 120m below sea level in a region of the Horn of Africa known for the hottest year-round average temperatures and almost complete lack of annual rainfall.

The Colluli Mine Share Company (CMSC) Potash Mine, a joint venture between the Eritrea National Mining Company (ENAMCO) and Danakali, is located in Eritrea’s Danakil Depression, approximately 230km by road from the port of Massawa. The operation will mine sylvinite, carnallitite and kainitite, to produce high-grade SOP fertiliser for local and export markets.

Colluli Mine’s resources have an expected lifespan of about 200 years and the relatively low cost of mining (which takes place from the surface rather than underground) combined with innovations in design the USD302-million mine is expected to become a leading producer of high-quality fertiliser for world markets.

However, the design and construction of the mine is not without its challenges. The arid climate, lack of fresh water sources, almost non-existent rainfall, and high year-round temperatures forced the project engineering team to think outside of the box for its water processing requirements.

Danakali approached WEC Projects, a South African EPC contractor specialising in engineering solutions for water and wastewater treatment. WEC Projects worked with Danakali’s Project Engineering Team for two years in designing a processing solution that would produce both potable and industrial water for the construction crews building the mine as well as mine staff operating the facility once it has been completed.

Covid-19 forces project to be put on ice

The USD2-million project was awarded to WEC Projects in 2019 for delivery in April 2020. However, the Covid-19 pandemic forced the project to be put on hold until May 2021. All engineering design and procurement has been completed and the plant is currently being assembled. Delivery will be ready in the last quarter of 2021. Completion of the project is expected by January 2022.

The final design of the water processing plant required considerable customisation to meet the challenges of both the customer’s requirements as well as the environmental demands of the region.

The plant will produce a total of 24m3 of water per hour, 7.5m3/hr of which will be for potable use. The water is pumped from boreholes and contains very high concentrations of dissolved salts and sediment.

It’s temperature also hovers around 40°C, making processing even more of a challenge. The pumped water is first fed into a coarse strainer to remove any larger particulates and then stored in a 20-kilolitre tank prior to oxidation.

Air is used to both cool the water to a processable temperature as well as to help remove iron through oxidation. An ultrafiltration system using ceramic filters was chosen for this project. The new technology allows for easier cleaning and descaling of the filters and is better able to cope with the higher temperatures experienced at the facility. The containerised plant has additionally been insulated to ensure optimum operation under such harsh conditions.

The ultrafiltered water then undergoes the process of reverse osmosis. The high levels of dissolved solids of the borehole water maintains salination levels almost the same as seawater. The water is fed through the reverse osmosis system twice – the first pass removes 95% – 98% of the salts and the bulk of this water is then fed to the mine facility for industrial use.

Approximately a third of the water undergoes a second reverse osmosis process, predominantly to remove boron, making it suitable for human consumption (potable). The potable water is then remineralised and chlorinated.

According to Rick Grundlingh, sales manager at WEC Projects, solving the water processing challenge for Colluli was a number one priority for Danakali as construction cannot go ahead until a reliable water supply is in place.

“In addition to a number of process innovations, the plant design itself is modular, including all tanks, piping, pumps, insulation, filtration systems and electrical and control systems, making it easier both to transport as well as assemble on site. We have also been awarded the contract for the design and construction of the mine’s sewage treatment plant,” says Grundlingh.

However, the project faces a few logistical challenges. It will take two months to ship the plant to the port city of Massawa as it is not a regular shipping route from South Africa. It will then require transportation over land 230km to site. Under ideal conditions, 60kms per day can be achieved, however, the region’s road conditions, and weather can be unpredictable.”

“By working closely with Danakali we were able to engineer a solution that met the stringent requirements of a mine that is considered to be one of the most innovative in its class,” says Grundlingh.