How I became an Ivanhoe/Friedland-believer 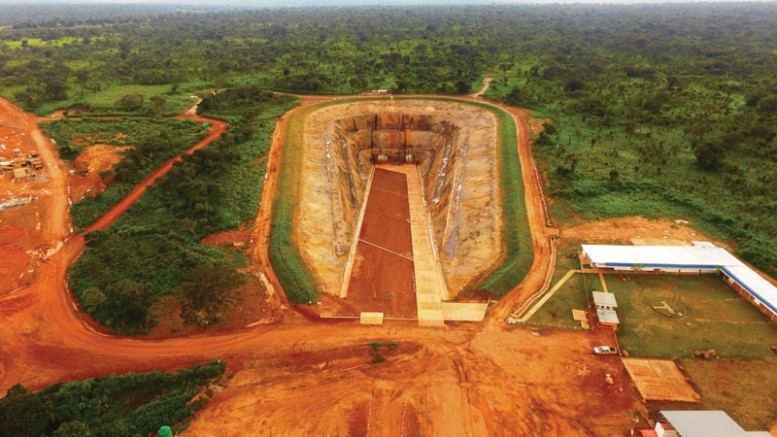 The Kamoa-Kakula copper project in the DRC in construction a few years ago. Image credit: Ivanhoe Mines

07 July 2021 – The fact that TSX listed Ivanhoe Mines delivered its first truckloads of copper concentrate from the Kamoa-Kakula mine is proof that big mines can be built in the DRC.

A few years ago, I sat listening to a presentation on the main stage at the Investing in African Mining Indaba’s annual conference in Cape Town, South Africa. The man on the stage was a very charismatic Robert Friedland, American born billionaire.

Friedland’s presentation was impressive, to say the least, but it left me wondering if this was all talk and no action, as many early-stage projects in Africa turn out to be.

In my mind (and maybe I was biased), the only person who could find more than one great deposit in Africa and turn it into a world class operating mine was the South African born Mark Bristow, then CEO of Randgold, and today the head of global gold mining giant Barrick Gold.

Randgold was, at that stage, making significant discoveries across West Africa and, despite great challenges, building the world’s best gold mines from scratch.

Nevertheless, when Friedland took to the stage in Cape Town, the DRC was in a state of political turmoil as Joseph Kabila, then president, attempted to tighten his grip on the state machinery and the copper price was in the doldrums.

It made no sense to invest billions in a commodity that was in oversupply and for which there was no demand. Friedland defiantly stuck to his guns when asked these hard questions by an ever-probing contingent of mining journalists.

It reminded me of the way Mark Bristow went about business when few believed he could bring world class deposits in Mali into production within a few years. Since then, I have to admit, I am a staunch Friedland-believer.

He predicted that the world would develop an insatiable demand for copper and that the price could only head north. He also said that it is worth taking the risk in the DRC and that the politics will eventually settle down.

His timing to bring the massive Kamoa-Kakula copper deposit into production could not have been more perfect. The copper price continues hitting high notes, and under President Félix Tshisekedi the DRC suddenly just feels a little more stable and less risky.

Ivanhoe Mines delivered its first truckloads of copper concentrate from the Kamoa-Kakula mine in the south of the DRC to a local smelter on 01 June 2021. Friedland announced in a statement that Kamoa-Kakula’s Phase 1, 3.8 million tonne-per-annum (Mtpa) concentrator plant is now fully operational.

“To date, more than 10,500 dry metric tonnes of concentrate have been delivered to the local smelter, and first blister copper ingots have been received. Kamoa-Kakula’s plant commissioning is well advanced, and preparation for final performance tests is underway,” says Friedland.

First ore was fed into the concentrator plant on May 20 and the start of copper concentrate production occurred on May 25, several months ahead of schedule.

According to Yufeng “Miles” Sun, co-chair of Ivanhoe Mines, 313,000 tonnes of ore grading 4.85% copper had been conveyed to the run-of-mine (ROM) stockpile.

“The team is preparing for the final plant performance tests, which will conclude the C4, or hot commissioning activities. Feed grades are expected to increase during the month of July,” says Sun.

The company also secured all necessary authorisations to commence exports of copper products from the Kamoa-Kakula mine to international markets.

Overall copper grades were slightly lower than the previous month, in part due to the requirement to feed lower-grade material directly to the plant during commissioning.

The project’s pre-production surface stockpiles now contain approximately 3.4 million tonnes of high-grade and medium-grade ore at an estimated, blended average of 4.78% copper. Contained copper in the stockpiles at the end of May now totals more than 162,000 tonnes (the current copper price is approximately USD9,430 per tonne).

As the plant ramps up to full Phase 1 design capacity, and the mine towards Phase 2 production capacity, the surface stockpiles are expected to continue to build at a reduced rate.

Kamoa-Kakula is not the only trick up Friedland’s sleeve. There are more, whether you believe in them, is up to you. I am still gobsmacked after that presentation in Cape Town many years ago, and remain in awe of what private companies are able to achieve in Africa if their leaders have the will, and the belief.