How can Mauritius take advantage of the African Continental Free Trade Area (AfCFTA)? 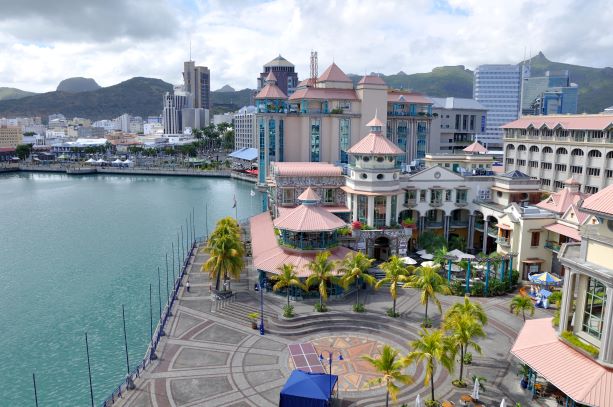 12 May 2021 – Mauritius, being strategically located between Asia and Africa, praise itself as having one of the continent’s most stable regulatory environment. But how can Mauritius take advantage of the African Continental Free Trade Area (AfCFTA)?

The AfCFTA offers an opportunity for Mauritius to promote good governance both globally and across Africa. The Mauritius Financial Centre has built a reputation as a safe, trusted, and competitive financial center, which has enabled it to position itself as the preferred jurisdiction for Foreign Direct Investments (FDIs) flows to the continent, since the country can serve both Francophone and Anglophone Africa.

Mauritius and the rest of Africa have shared political and economic ties for a long time. The country is a member of two of the continent’s most important trade blocs, namely the Southern African Development Community SADC, and the Common Market for Eastern and Southern Africa (COMESA). Through these memberships, many foreign entrepreneurs have set up their businesses in Mauritius to gain from the trade advantages offered.

Apart from SADC and COMESA, Mauritius is now part of the AfCFTA. Launched on 1 January 2021, the AfCFTA is an exciting game changer for African trade. Currently, Africa accounts for only 2% of global trade and only 17% of African exports are intra-continental, compared with 59% for Asia and 68% for Europe.

The AfCFTA is the world’s largest free trade area in terms of the number of participating countries since the formation of the World Trade Organisation with all African countries being signatories except for Eritrea. The main purpose of the agreement is for members to remove tariffs from 90% of goods, allowing free access to commodities, goods, and services across the continent.

The general objectives of AfCFTA can be summarised as follows:

Mauritius has over the years been an offshore gateway to Africa. It has long been an advocate for developing economic bridges between itself and other African states, leveraging its position as Africa’s best place to conduct business as recognised by the World Bank.  Through its global business sector, Mauritius has firmly established and promoted itself as a regional hub for facilitating investments on the continent. It is thus undeniable that AfCFTA will add further to the attractiveness of Africa as a place to do business. The AfCFTA provides a platform for Mauritius to contribute significantly to the new African impetus by making available to investors and businessmen an ecosystem that not only makes it easier for them to do business with Africa, but also enhances and safeguards their investments.

The AfCFTA also gives Mauritius market access estimated to be as large as 1.3 billion people across Africa, with a combined gross domestic product (GDP) of USD3.4-trillion which covers most service sectors, including financial services, telecommunications, ICT, professional services, construction, and health. The AfCFTA will eventually reach zero tariffs on most of traded items, boasting trade outside of its boarders.

The Mauritian economy is a mixed developing economy based on agriculture, exports, financial services, and tourism. Since the 1980s, the government of Mauritius has sought to diversify the country’s economy beyond its dependence on just agriculture, particularly sugar production.

The AfCFTA will provide the country access to an African textile market worth billions of dollars such that the country will be poised to become a major supplier of textile in the African market. The recent 2020 – 2021 budget of the government has announced one measure that can boost Mauritian exports from the already existing supply capacity to the region. The plan to set up Mauritius Export Warehouse in Tanzania and Mozambique will support a number of domestic oriented industries. Some are already gearing for Tanzania which is a more immediately obvious market than Mozambique. Mauritius has good potential to export a range of services in the context of the priority services lines set by the AfCFTA, namely business services, financial services and tourism and travel.

Mauritius mainly imports manufactured goods, petroleum products, cars, packaged medicaments from China, India and South Africa. The AfCFTA calls for a reduction in tariff in intra- Africa which means there will be a lower expenditure on importation of the above-mentioned goods from South Africa. As a result, there will be a reduction in the prices, reducing the country’s negative balance of trade.

The movement of goods and services amongst African countries will create employment opportunities for citizens in Mauritius. It will provide an opportunity for entrepreneurs to work together in a liberalised trade environment. Further, the AfCFTA will strengthen the existing commitment of deepening regional trade integration initiatives under regional bodies such as the African Union, COMESA, and SADC.  The geographical diversification brought about by the AfCFTA is likely to open new markets for Mauritius thus boasting its economy.

The AfCFTA offers an opportunity for Mauritius to promote good governance both globally and across Africa, through the concept of “trade integrity” which is defined as international trade transactions that are legitimate, transparent and properly priced as a way to ensure the legitimacy the global trading system. Trade integrity will provide investors with more confidence to increase their investments in the country.

The AfCFTA will also assist to alleviate some of the effects of Covid-19. The African Development Bank Group’s African Economic Outlook (AEO) 2020 estimates that Africa could suffer GDP losses in 2020 between USD145.5-billion (baseline) and USD189.7-billion (worst case), from the pre-Covid–19 GDP estimates. Further, trade in medical supplies and food has been disrupted. It is being fully recognised across the continent that AfCFTA presents a short-term opportunity for countries to “build back better” and cushion the effects of the pandemic. In the longer-term, the impact will increase the continent’s resilience to future shocks.

Diversifying exports, accelerating growth in its trade, competitively integrating into the global economy, increasing foreign direct investment, increasing employment opportunities and incomes, and broadening economic inclusion are just a few of the positive economic outcomes AfCFTA can bring to Mauritius. Mauritius has undergone a remarkable economic transformation from a low-income, agriculturally based economy to a diversified, upper-middle-income country that has attracted considerable foreign investment. The country needs to take advantage of the opportunities offered by the AfCFTA.

Distributed by APO Group on behalf of Centurion Law Group.