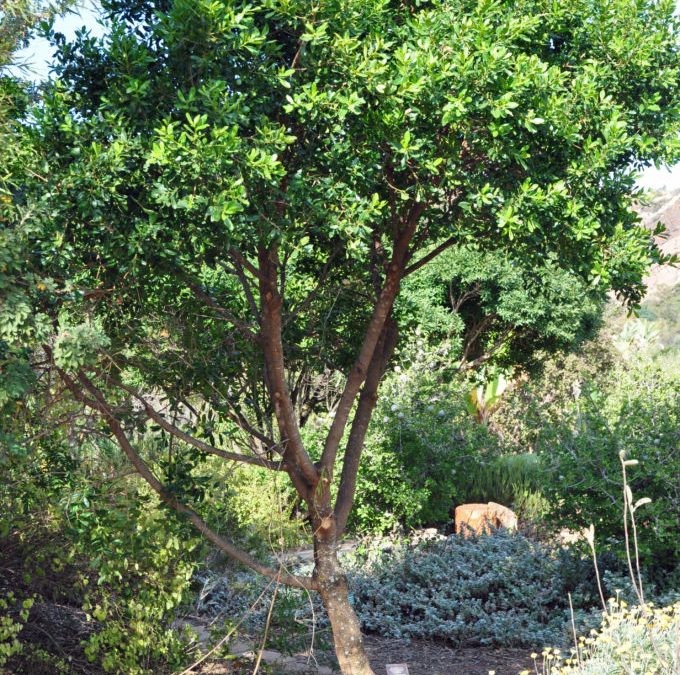 08 September 2020 – As social and environmental issues become more important, there is increased pressure on extractive industries to preserve and conserve biodiversity and ecosystems. Sappi, the largest forestry company in South Africa, has intensified its efforts to protect some of the most sensitive regions and natural resources in the country.

Sappi has 166 Important Conservation Areas (ICAs) listed on its forestry plantations in Mpumalanga and KwaZulu-Natal. Among them are six declared nature reserves covering an area of 6486 hectares. The company recently reinforced its conservation commitment through the Threatened and Endangered Species Stewardship Programme, with its flagship Warburgia salutaris project.

In a continuation of its ongoing work on this project and in a lead-up to Arbor Week, Sappi, in conjunction with the SANPARKS Skukuza Nursery, has made available 2000 Warburgia salutaris – or Pepperbark tree – saplings to the Endangered Wildlife Trust for their Warburgia salutaris project in the Soutpansberg Protected Area in Limpopo Province. The saplings were originally propagated through the cooperation between Sappi, ARC Nelspruit and SANBI Nelspruit and held at the Skukuza Indigenous Nursery awaiting distribution to qualifying Warburgia projects.,

In KwaZulu Natal, 1600 saplings that were propagated by Sappi’s Richmond Nursery and the Sappi Shaw Research Centre, have been supplied to the Sibaya Coastal Precinct. These trees form an important part of the natural vegetation rehabilitation programme, which is being undertaken within the precinct, whilst at the same time forming a future seed orchard in a secure area once the trees mature.  Recipients receive the trees at no charge and in return they undertake to protect and preserve the resources of our planet and make seeds available for future propagation requirements.

Since inception, Sappi and its working group partners, SANBI Nelspruit, Fort Hare University, ARC Nelspruit and the Shaw Research Centre have propagated and provided over 40 000 seedlings to traditional healers, urban and rural communities and created seed orchards in safe and protected estates.

Tying in with this commitment to conservation of threatened species, is Sappi’s approach to the management of its biodiversity on its land.  “In the same way that customers want certified products, they also want more detail on responsible biodiversity management and that is why our 2025 Sustainability Targets are aligned with the United Nation´s Sustainable Development Goals (SDGs) and focusing on SDG 15 ( Life on Land) our aim is to improve the health or condition of our biodiversity habitats – our ICA’s – by 10%”, says Dr David Everard, Sappi Forests’ environmental manager.

Approximately one-third of Sappi’s owned and leased land is managed for biodiversity conservation. Besides replanting the trees that are harvested every year, and maintaining the forest cover of the plantations and perpetuating the carbon sequestration cycle, almost every activity undertaken, from the start of a tree’s life to its removal from the compartment, has an effect on biodiversity.  “Our job as responsible custodians of extensive areas of land is to limit those impacts on the natural environment,” says Dr Everard.  Sappi will participate in the EWT and DEA’s Biodiversity Disclosure Project, which is far more than just about protecting rare and threatened species, habitats or ecosystems, but also about monitoring and improving activities related to alien invasive management, soil retention and monitoring water quality.

Sappi Southern Africa is traditionally active in celebrating Arbor Week as its foresters and environmental managers assist with and educate local schools in tree-planting activities. Due to the closure of schools this year, these activities were curtailed and instead Sappi teams at mills and forestry operations took up the global challenge participating in the popular Jerusalema Dance Challenge which has taken the world by storm. Employees were encouraged to “Plant a Tree, Plant Hope” while also celebrating the diversity of their collective cultural heritage by donning traditional attire.

In Mpumalanga, also hampered by the social distancing brought about by COVID-19 protocols, the Sappi team has launched their TreeMail programme, where 200 beneficiaries which include community members, government stakeholders and local schools have been identified and will each receive a Warburgia tree with planting and  care instructions.

Warburgia salutaris, commonly known as the pepper-bark tree or ‘isibhaha’ in isiZulu, has long been one of the most highly prized tree species in in the Southern African traditional healthcare sector.   However, with commercial gatherers increasingly crossing into protected areas such as the Kruger National Park (KNP), the trees have become increasingly scarce and are now considered critically endangered – unsustainable bark harvesting means that trees die a few months after harvesting. The tree is formally protected under SA legislation in the revised National Forests Act (2012) and the National Environmental Management Biodiversity Act (2004).

An initiative was launched in 2011 to propagate the trees and distribute them to communities living around the Kruger National Park (KNP) in an attempt to take the pressure off the few remaining wild trees still growing in the park. In 2014, Sappi joined the project participants – SANParks, the Agricultural Research Council (ARC) and the South African National Biodiversity Institute (SANBI) – with an initial donation. They also began using their tree breeding and production expertise to propagate pepper-bark trees from cuttings for distribution to rural communities. With Sappi’s involvement the project has expanded from the borders of the KNP to KwaZulu-Natal and the Eastern Cape with pepper-bark saplings distributed free of charge to rural communities, including Sappi Khulisa small-scale tree farmers. Providing these trees to the company’s Khulisa growers further strengthens the relationship Sappi has with them. The growers are given a valuable medicinal tree and also have the opportunity to contribute to conservation in a very practical way.

A major breakthrough for the project has been the discovery that the medicinal properties so highly prized in the bark, are also abundant in the twigs and leaves. Thus, the twigs and leaves of trees planted out in the field can be harvested within four years – much earlier than would be the case for bark harvesting which can only be done on an adult tree. This ensures that the trees can be harvested sustainably, providing health benefits and economic opportunities for traditional healers and muti traders.

A key aspect of the project is education. Workshops are held with traditional healers and community members to inform them about growing and nurturing the trees, as well as harvesting them sustainably. Information tools have been developed to promote this information.

This project has been a major success, with over 30, 000 pepper-bark seedlings and cuttings distributed by the end of 2018. Traditional healers and community representatives have attended workshops on planting, tending and sustainable harvesting of muti from the trees. A working group has been set up to co-ordinate and drive the Warburgia salutaris conservation project going forward.  Gene banks and seed orchards have been established within this working group partnership, and assistance has been extended to Swazi and Zimbabwean conservation authorities to help them increase the number of trees growing in their countries.The Sappi Shaw Research Centre has been working on seed propagation and the production of cuttings.

An important conservation area (ICA) refers to a site containing vegetation types of high value, including grasslands, wetlands or natural forest or sites containing rare plants and animals. Many of these sites make a significant contribution to national and provincial conservation targets as they make up significant percentages of the remaining untransformed vegetation types that are threatened or are some of the few remaining habitats for rare and endangered species

Sappi considers every unplanted area within a forest estate to be important, given the transformation of natural habitat that has occurred in the past. Some examples of ICAs are extensive forest systems such as the Mashonamien Forest at Grootgeluk in Mpumalanga, the Buccleuch Forest at Clan and the Karkloof Forest on De Magtenburg in KwaZulu-Natal. Special wetland systems occur, such as the Metula Vlei on Lothair and Taljaardsvlei on Elandshoogte, the Nomasila Wetland along the UMhlathuze catchment at Mooiplaas and extensive grasslands such as Oosterbeek on Twello and Freeland Valley at Highflats.

An exercise is currently underway on Sappi Forests land to identify and re-examine existing ICAs, using systematic conservation planning methods based on the presence of both plant and animal Red Data species, the size, connectedness, condition and aesthetic and recreational value. The baseline study is to be concluded by the end of 2020 and action items will be determined to improve the condition of the ICAs, enabling Sappi to report on improvements made to biodiversity conservation.

There are currently 166 ICAs on Sappi land and in terms of the national stewardship programme Sappi also has six declared nature reserves covering an area of 6486 hectares (ha) on its land:

Excluding rivers and streams that are sometimes classified as wetlands, currently, approximately 2253 ha of Sappi’s landholdings are classified as inland wetlands. Te company was involved in the development of Wet-Health, one of the first comprehensive wetland health assessment tools to be developed for assessing South African Wetlands. The toolkit enables Sappi to: