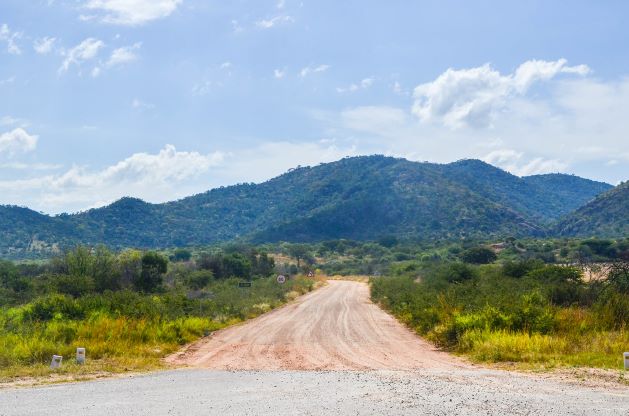 Exploration outfits are targeting the copper fields of the Otavi Mountains in Namibia. Image credit: Flickr

If the copper price remains buoyant for the next few years, and Namibia maintains its reputation as a top-class mining destination, taking a chance on an early-stage exploration project in the country sounds like a great idea, writes Leon Louw, founder and editor of WhyAfrica

With the copper price surging and vanadium being in vogue again, exploration drilling in Namibia doesn’t sound like a bad idea. With its first-class infrastructure, world class mineral endowment and stable regulatory environment, Namibia is one of the top mining destinations in Africa.

For those old enough to remember, Namibia was once a prolific copper/lead/zinc producer. It seems that those glory days are about to return as new exploration projects ups the ante in the Otavi Mountains, not far from the historic copper mine of Tsumeb, which, between 1905 to 1996, produced more than 30 million tons of ore yielding 1.7 Million tons (Mt) of copper (Cu), 2.8Mt of lead (Pb) and 0.9Mt of zinc (Zn) and about 80t of germanium.

Copper remains in high demand largely because it is needed in green energy projects and electric cars. In May 2021, commodities analysts at Goldman Sachs called copper ‘the new oil.’

Nosib, and Golden Deeps’ Khusib Springs prospects, are in the world-class Otavi Mountain Land (Otavi) Copper District of Namibia and about 40km from Tsumeb.

In its heyday, Tsumeb mined exceptional grades of 4.3% Cu, 10% Pb and 3.5% Zn and, judging by very early drilling results, Golden Deeps’ assets looks to be in the same league.

Spot hand-held XRF readings were taken at approximately 0.5m intervals on the drill-core and produced readings averaging 6% Cu within this zone with readings up to 12.5% Cu. Further copper mineralised intervals were intersected to 45.7m down hole.

According to Jon Dugdale, CEO of Golden Deeps, the current program is designed to define and extend the shallow, high-grade, copper-lead-vanadium zone announced previously which produced high-grade intersections of copper, vanadium, and lead from shallow depth.

Dugdale says that the Nosib program will also include a series of deeper holes, testing down-plunge extensions of the thick, strata-bound, copper-silver zone that produced significant previous intersections of copper – silver mineralisation across a 45m true width.

Drilling is also planned at Golden Deeps’ Khusib Springs to test for a repeat of the very-high-grade Khusib Springs shoot. Khusib Springs produced high grade copper at shallow depth in the 1990s. The deposit was mined until 2003.

The Nosib and Khusib Springs prospects are located about 15km apart. As part of the diamond drilling program at Nosib three initial holes will further test the shallow, high-grade, copper-lead-vanadium zone, both within the defined shoot for definition and metallurgical purposes.

The diamond drilling will initially aim to define and extend the shallow copper-lead-vanadium zone to determine the scope of the open-pit resource target.

The deeper drilling will test potential for a major, strata-bound, copper-silver deposit at depth.

At Khusib Springs, previous targeting work by South African based geological consultancy, Shango Solutions, in January 2018, indicated that, in addition to the potential for remnant zones of copper-silver mineralisation on the margins of the mined stopes, there is also significant potential for a repeat of the very-high grade Khusib Springs copper-silver orebody at depth, to the north of an apparent normal fault zone.

Mineralisation has been intersected previously to the north of the fault and deeper diamond drilling is planned to further test this highly prospective zone.