Gold mine soldiers on as Ethiopia turns the corner 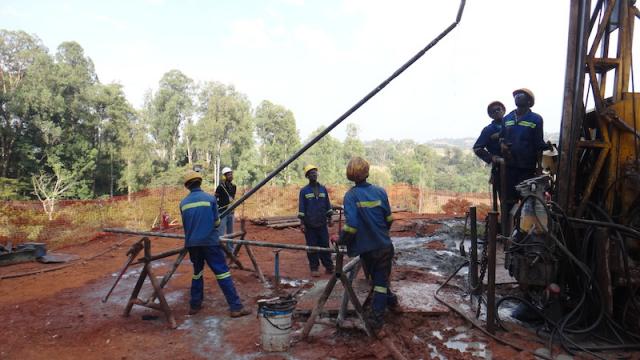 Gold mine soldiers on as Ethiopia turns the corner

London listed KEFI Gold and Copper (previously KEFI Minerals) will launch its flagship Tulu Kapi gold mine early in 2022 after the project was temporarily put on ice because of the deteriorating security situation in Ethiopia. The mine is expected to start production as early as 2024.

Tulu Kapi is about 360km west of the country’s capital Addis Ababa in the Oromia region of Western Ethiopia. The mine is located in a prolific gold district of Ethiopia where gold has been mined for centuries.

The most intense battles between government forces and the Tigray People’s Liberation Front (TPLF) took place in Tigray last year in the most northern parts of the country (far removed from the Tulu Kapi project) but later spilled over into the Amhara and Afar regions.

Four Tulu Kapi employees were kidnapped in November last year as the mine continued low key preparations for its planned launch. However, according to Harry Anagnostaras-Adams, Executive Chairman of KEFI, they were released safely without any further conditions.

“During the fourth quarter of 2021, security events in Ethiopia stalled our progress at Tulu Kapi, but we preserved the finance syndicate and our preparations for the project launch when security and other normal conditions are satisfied as early as possible in 2022,” adds Anagnostaras-Adams.

High hopes for a peaceful solution

According to a statement by KEFI, military hostilities in Ethiopia had abated by the end of December 2021 and the focus is now on a long-lasting peaceful resolution. “The Ethiopian government has announced the formation of a national dialogue commission to be elected and to seek a long-term solution,” the company says in the statement.

KEFI jointly owns Tulu Kapi, an extremely prospective open pit gold mine, with the Ethiopian government under the Tulu Kapi Gold Mines Share Company (TKGM). TKGM and its senior lenders recently met with the Ethiopian Ministries of Mines and Finance, to help align expectations as to the normal conditions for international project financing and the timing for project launch.

Hopes are high that Ethiopia will somehow turn the corner in 2022. The devastating war in the Tigray region remains a humanitarian crisis. The 14-month long conflict has left the northern parts of Ethiopia in a state of destruction. Thousands have been killed or displaced and the civil war has put a brake on growth of the Ethiopian economy.

Ethiopia was regarded as the big hope in Africa only two years ago. However, the ongoing conflict has dented the international image of the country’s Nobel peace price winner Prime Minister Abiy Ahmed. Abiy is under increasing international pressure to bring an end the devastating civil war.

But tensions remain high and the security situation volatile in the north of Ethiopia despite the recent withdrawal of the Tigray People’s Liberation Front (TPLF) from the Amhara and Afar regions.

Prime Minister Abiy’s tone was one of reconciliation when he called for unity across the nation one day ahead of the celebration of Orthodox Christmas on 7 January 2022. “At this time, we need national reconciliation to end the atrocities that have taken place in our country over the past year,” Abiy’s said in a statement.

According to several sources in Ethiopia, many of the detainees that were granted amnesty, are prominent leaders of the TPLF. Guterres said he will remain actively engaged with all stakeholders in assisting Ethiopia in efforts to end the fighting and restore peace and stability. He called upon a ceasefire after these recent reconciliatory efforts.

The UN estimates more than five million people in the northern regions of Tigray, Amhara and Afar require humanitarian assistance.

Last month, the UN Human Rights Council in Geneva voted to establish an international expert commission to investigate allegations of violations during the conflict.

According to the UN the conflict in Amhara and Afar has been devastating.  The UN says in a recent report that about 40 hospitals, 453 health centers and 1850 health posts have been damaged and/or looted in Amhara Region, while 91 health facilities were looted or damaged in the Afar region.

Power and telecommunication cuts continue to affect the conflict-affected population and humanitarian operations in the far north.

According to the Tigray authorities, food security is expected to worsen next year given the likelihood of up to 50% reduction in harvest during the next harvest season due to lack of fertilizers.

While the country moves closer to peace, the humanitarian crisis persists.

Although the conflict continues to simmer in the north, the conciliatory stance by both Abiy and the TPLF is encouraging. Will 2022 bring new hope to Ethiopia?