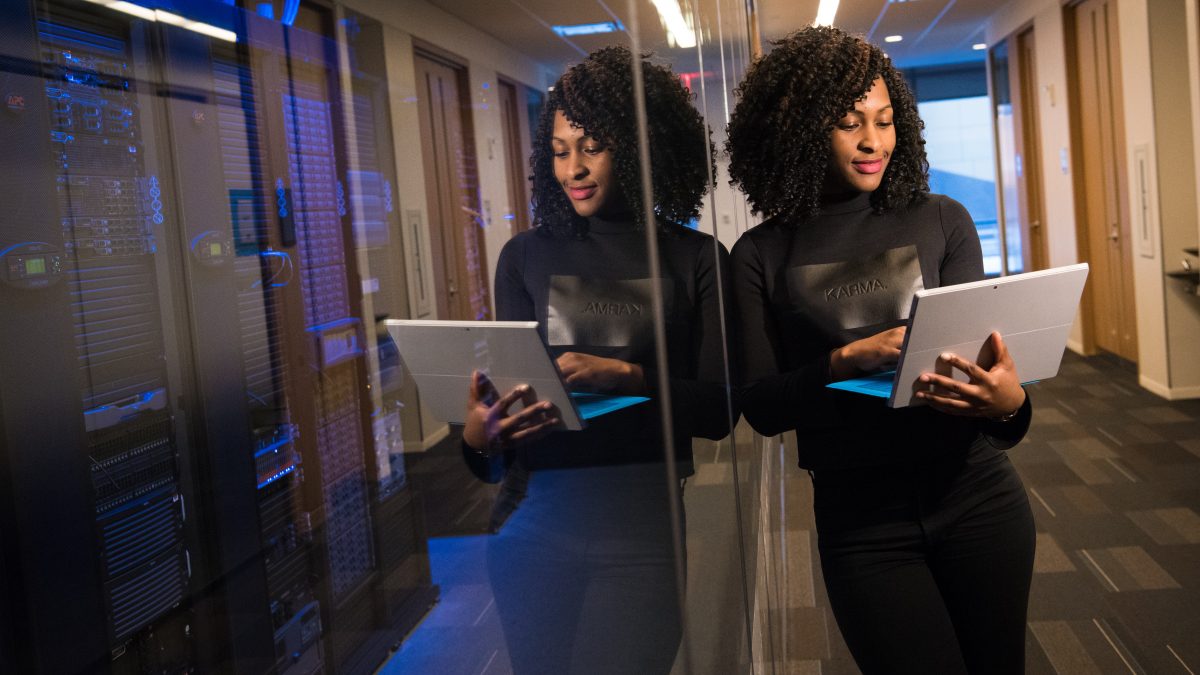 Although more African women are active in business today compared to a decade ago, there is still a high degree of gender bias when it comes to choosing the right person for the job, writes Janine Espin.

Despite challenges, the gender ratio in the African workplace is changing rapidly. When attending conferences and high-level discussions across the continent, it is encouraging to see the large contingent of African women present. This is a genuine change from the reality even as recently as 10 years ago.

When I started my career, it was unheard of for a woman to be travelling to countries like the Democratic Republic of the Congo (DRC) or Angola for work. To be honest, it was scary travelling alone and landing at some African airports in those days.

Since then, much has changed, but I do feel that there is still a great level of gender bias and separation. Men still have their ways of socialising and networking independent of women, like playing golf, while women tend to organise their own networking forums and working groups, which are not necessarily attended by large numbers of male colleagues. We still fail to recognise each other as equal partners regardless of gender, age, disability, or race. Instead, we focus on our differences.

In my mind, there are still too many questions about equal opportunities in Africa. Are African women really empowered? We have to question how easily women, especially in Africa’s rural areas, are able to enter the economy when the men migrate, for example, to find better job opportunities in big cities or abroad, leaving the women behind to ensure that their households and the local economy is maintained.

There are many question marks around education and traditional cultural beliefs. These factors play a critical role in whether or not women are given equal opportunities in big business.

In some African cultures, it is not acceptable for women to be strong and to be leaders in business, or to give men instructions. These cultural paradigms persist, and we need to move beyond that.

Women are, nevertheless, continually progressing. However, the progress is painfully slow. Advancement is still hindered by cultural beliefs, migration, a lack of education and opportunities; but most of all by their own bias.

Many women feel that if they want to succeed in business, they can’t embrace their femininity. This is because if women are married or decide to have children, they are often discriminated against in the workplace. Business really needs to work on real inclusion and encourage more women to become involved in business today.

Although it is a fact that in African countries with strong traditional beliefs, there is limited participation by women in business, I have seen women in the southern parts of Mozambique, in Zimbabwe and in Nigeria, for example, making great progress in business.

But, on the other hand, in the rural areas of northern Mozambique (where Total is developing the Rovuma Basin’s LNG project) only 6,7% (World Bank Survey 2018, Mozambique) of all businesses are operated by women. That is not good enough.

There are huge opportunities in the large cities and more progressive countries. In places like Lagos, Johannesburg and Kigali in Rwanda, women are gaining traction and have become part of the decision-making process. Juxtaposed against this are the rural areas and villages where there are limited opportunities because of these cultural barriers.

Should there not be quotas to ensure more female representation?

The problem is that in most African countries, governments are still grappling with issues of local content. They are far from defining gender ratios as a start.

I guess South Africa has been a trailblazer on this front.  The fact that South Africa has implemented employment equity whereby an employer needs to specify gender ratios, race diversity and disabilities is unique not only in Africa, but also in the world.

Many other African countries are keen to adopt such a policy framework, but I don’t think they are pushing the gender issue hard enough. In my view, gender ratios are not a priority for African leaders.

This bias doesn’t only apply to management positions. The perception is still that a woman can’t be a labourer on a construction project, for example, or in a mine. It is just accepted that an unskilled labourer must be a man because the man will have to dig the trenches and women are not strong enough to do that.

In agriculture that perception changes though. Women are making huge strides in agriculture because they have traditionally been the dominant gender in agriculture. They work these subsistence farms because the men have migrated or moved away, and the women are managing the farms. However, overall, traditional beliefs are still preventing women in other primary sectors to become part of the mainstream economy.

Is all this talk about gender equality in Africa a pie in the sky?

These things are not going to change overnight. Old traditions are extremely difficult to change, but traditional leaders need to understand that, globally, we are in a different place than we were 50 years ago. They need to realise that women can make decisions and that they can do physical work. The only way the situation can be turned around is through education. To have a representative workforce in Africa, women must be educated and empowered on every level.

A workforce dominated by empowered women would certainly be a lot more dynamic and balanced. Women have more empathy and patience and various studies have shown that women perform much better in assembly plants for example, where work is repetitive, as they pay more attention to detail than men.

Where women are part of the decision-making body, the workforce is normally more diverse, and better rounded. In management, women are concerned not only about profit and productivity, but also about the physical and mental well-being of their employees and how best to merge the two.

Despite the many gains, I do feel that a lot still needs to change before women will take their rightful place in business. As long as we have urban and rural divides, and continue reinforcing cultural and race perceptions, we are very far away from a complete and balanced workforce where everybody is accepted, regardless of gender, culture, race or disability.

Janine Espin is co-owner and Managing Director of Economic Development Solutions, a consulting firm focusing on economic development including community participation. With over 20 years’ experience within Economic Transformation, she started her journey in the ICT Sector, working with Mobile Technology companies and their expansion into the rest of the continent to define business strategies to encourage access to telephony within the rural and impoverished areas. She then branched out into BBBEE consulting and thereafter expanded her business offering to Economic Development consulting and Programme Implementation within Southern Africa.