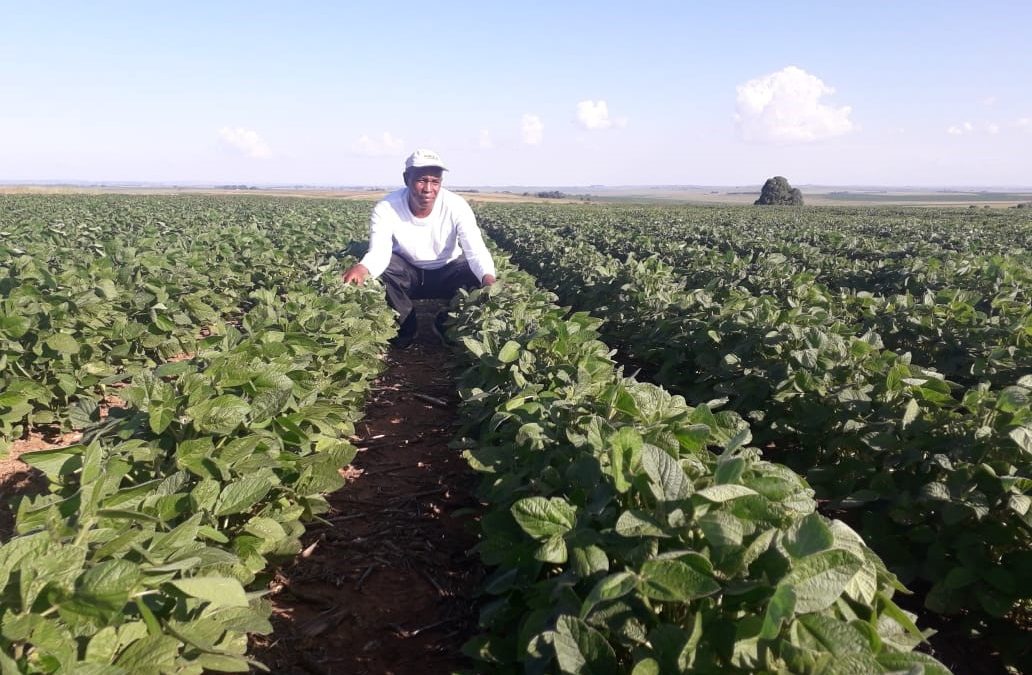 LSTL Trading Enterprises is one of the emerging farmer companies who will benefit from Exxaro’s agricultural programmes. LSTL Trading specialises in the planting, harvesting and drying of soybeans and maize. Image credit: Exxaro

Exxaro Resources, one of the biggest resource companies in South Africa, has set the tone for mining companies to empower their host communities through agriculture and access to land and resources.

In a country where agriculture forms the backbone of the economy, and where access to land has so many historic connotations, the company is constantly looking for solutions to challenges facing host communities.

Exxaro’s community projects go far beyond the traditional Corporate Social Investment (CSI) model. Exxaro, in support of South Africa’s land redistribution policy, has embarked on a programme to map the potential agri-economies within the company’s host communities. In 2019, one of Exxaro’s land management goals was to transfer more than 90% of post-mining land to emerging farmers in local communities by 2026, while creating strategic partnerships with farmers to advance these agri-economies.

Through these initiatives, Exxaro will increase agricultural production for food security and improve nutrition within its communities, specifically in rural areas where poverty and hunger are integrally linked. To accomplish this goal, Exxaro states that they first need to manage all the land sustainably, restore degraded areas while improving irrigation and storage technologies.

One of Exxaro’s latest projects is to grant access to land for emerging farmers and black empowerment farming businesses on the Strathrae non-mining area. Exxaro’s Strathrae properties are part of the old Strathrae Colliery in the Mpumalanga Province, a wholly owned subsidiary of Exxaro Resources. Having obtained 2282 hectares through three separate lease agreements, the Exxaro-owned land will be used to provide and assist emerging farmers with access to farmable land in an economically viable and sustainable manner.

According to Mzila Mthenjane, executive head of Stakeholder Affairs at Exxaro the benefits of this project are twofold. “Firstly, it will aid many with valuable farming resources such as grazing for animals and food security for the community. Secondly, it will promote economic transformation by developing entrepreneurs and suppliers. This will, in turn, lead to competitive markets, generating more jobs and establishing sustainable communities,” says Mthenjane.

Of the 15 emerging farmers captured in the Exxaro Sustainability Database, three entities were identified and allocated land accordingly. These entities include Z & F Group, a start-up entity focused on feedlot and grazing for animals; LSTL Trading Enterprises, who specialises in the planting, harvesting and drying of soybeans and maize; and Jodonna Enterprises, whose main activities centre around crop and livestock farming.

After Exxaro conducted interviews with these companies, it became clear that their principal goal was to play a role in developing the local communities. LSTL Trading Enterprises, for example, identified the need for skills development in the area and vouched to employ only people from the surrounding host communities.

In addition to the promise of employing seasonal workers from the community during planting and harvesting seasons, Jodonna Enterprises will be a host employer to eight university graduates for their workplace experiential learning from 1 August 2020 (for 24 months), where they will be exposed to internship programmes with the Department of Agriculture and Rural Development. The company will further assist and guide two neighbouring farmers at Leeuwpan to turn their cattle farming operations into a proper commercial business.

According to Mthenjane, the project is a means to re-imagine the potential of farmable land by introducing the power of affirmative action to help promote a more growth-driven future for the community.

“Exxaro chooses to purposefully invest in meaningful investments that create a sustainable future for all South Africans, and, in doing so, empower black entrepreneurs with the tools, resources and support needed to succeed. We will continue to explore possible opportunities that support the socio-economic development of people in and around our host communities, bettering the lives of these people and beyond,” says Mthenjane.