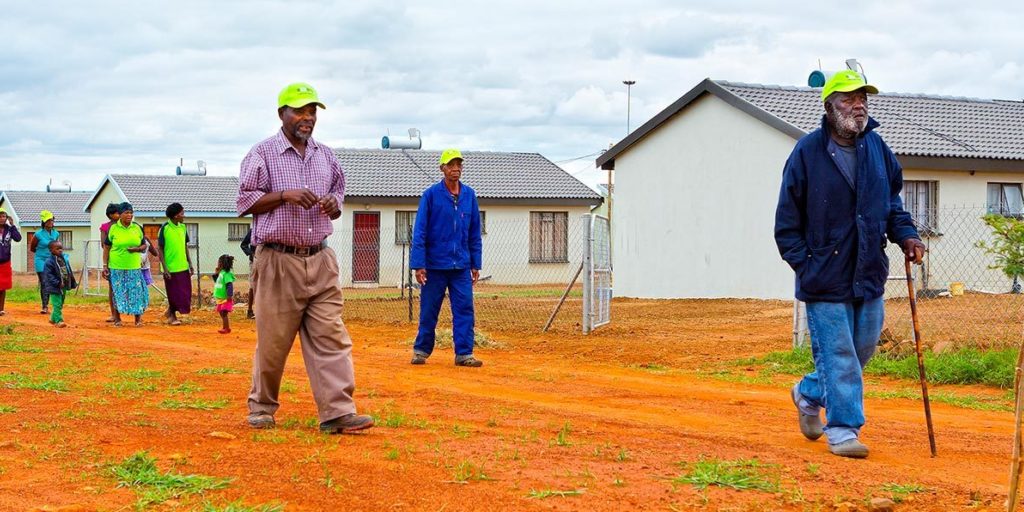 It is no longer business as usual in Africa. The extractive industry needs a conscience. It will no longer be good enough to tick boxes, but companies need to improve the social and natural environment in which they operate.

Extractive industries, big or small, have a major impact on the communities, and the environment in which they operate. They also play a significant role in the overall growth and development of a country’s well-being and economy. Gone are the days when mining and oil companies, for example, only extract and hope all the benefits from their operations in some way filters down to the communities, or that the environment miraculously heals itself. Extractive industries can not longer go through the motions and tick boxes, they need to improve the social and natural environment in which they operate.

The fact is that companies operating in Africa, have a responsibility to improve the livelihood of the communities on whose land they operate, to improve (not only rehabilitate) the natural environment that hosts their riches, and to partner with government to grow the economy. This can take the form of, for example, developing and establishing infrastructure, skills development in the area of operation; preserving, rehabilitating and conserving large tracts of land in their possession not being used for extraction, assisting local farmers, or by promoting, and assisting, local small and medium sized enterprises (SMEs).

A good example is an initiative by Exxaro in South Africa, a country whose economy has been severely disrupted by the outbreak of the Covid-19 pandemic. Exxaro is an example of a modern mining company with a social and environmental conscience. Exxaro and the Small business Institute (SBI) of South Africa recently announced a collaboration to promote the development of small and medium-sized enterprises (SMEs) in South Africa.

According to Mxolisi Mgojo, CEO of Exxaro, the partnership will focus on the functional and economic viability of small towns beyond the life of mines in these towns and importantly will support phase two of SBI’s research into facts about small businesses so that interventions are evidence led.

“Through this relationship and our partnership in Impact Catalyst, Exxaro is demonstrating its support of South Africans with the courage to start and run small businesses and the people they employ. Once the economic devastation of Covid-19 is behind us, we will work together to create an environment in which it is possible to achieve the National Development Plan’s expectations of SMEs as the country’s foremost job creators,” says Mgojo.

Bernard Swanepoel, a director at SBI, says that the work Exxaro is doing to ensure the sustainability of the mining communities where they operate is ground-breaking. “It illustrates our vision of businesses, municipalities and residents working together to support the economic development of their towns. Over 90% of our 257 municipalities are dysfunctional and unable to secure clean audits for themselves, let alone deliver the services required to support local economies. This is not a sustainable situation,” says Swanepoel.

Exxaro has committed substantial funds towards the second phase of the SBI’s research. The research will entail a sweeping probe of various datasets and surveys as well as an examination of the characteristics and systemic challenges faced by SMEs in selected local areas, in real time. Ultimately, SBI will offer recommendations for specific policy interventions either by the end of the year, or early in 2021.

The first phase of the study examined the small and medium segment of firms in the South African economy through the lens of formal employment. “We deliberately wanted to know how many SMEs were creating jobs for people – the very businesses which need to continue growing along the continuum – and so stripped out the sole-proprietorships, freelancers and gig workers to look at the formal businesses providing formal employment,” says Swanepoel. “We also wanted to understand the formal sector better, since it is these businesses which will qualify best for government assistance, something that has been borne out in the assistance offered during the lockdown period.”

These same businesses – some 98.5% of firms in the formal economy – numbered at the time only 262 224, far below most estimates. So, while SMEs make up most of the economy, phase one of the study found they created only 28% of the jobs. Unlike the rest of the world, large businesses and government here (some 5735 enterprises) employ by far the most people, nearly 10 million. Today, those 3.9 million jobs linked to SMEs are under threat.

Mgojo said he also supported SBI’s call for big business and government to pay small businesses in their supply chains in under 30 days, saying Exxaro pays invoices within seven days of submission: “Now more than ever, we need to redouble our efforts to support livelihoods by helping SMEs breathe again through timeous payment of invoices for goods and services delivered. I urge all my counterparts to pay SMEs first. If all of us did that the need for economic relief by SMEs wouldn’t be as high and pressing as it is now. We see SMEs as being more important than just links in the supply chain, but as future big businesses,” says Mgojo.