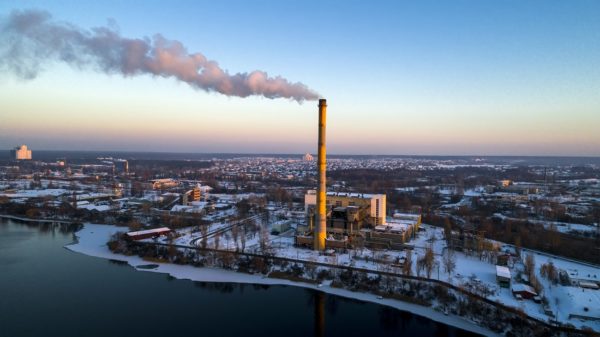 13 January 2021 – A unique method developed by the Chalmers University for Technology in Sweden, can help extract zinc from waste ash.

Incineration of solid waste produces millions of tonnes of waste fly ash in Europe each year, that most commonly ends up in landfill. But this ash often contains significant amounts of precious metals, such as zinc. A unique method developed by researchers at Chalmers University of Technology in Sweden, can now help extract these precious metals, potentially leading to reductions in environmental pollution, landfill and transport.

During waste incineration, the released flue gases are purified and the small particles present are separated, leading to the formation of fly ash. This fly ash contains toxic substances, such as dioxins, and so is normally classified as hazardous waste and landfilled. But it also contains valuable metals, such as zinc, which are thereby lost.

But a new method from Chalmers University of Technology, tested at pilot scale and detailed over several years of research, involves treating this waste with an acid wash, also separated from the flue gases, to separate the zinc from the fly ash. The zinc can then be extracted, washed, and processed into raw material.

“In our pilot study, we found that 70% of the zinc present in fly ash can be recycled. The zinc is not extracted as a pure metal, which would be a much more intensive process, but instead as a zinc-rich product, which can be sold to the metal industry and processed further in currently existing industry production lines,” says Karin Karlfeldt Fedje, associate professor at Chalmers University of Technology, and researcher at the recycling and waste management company Renova AB.

In further refinement to the method, the researchers have been able to significantly reduce the level of toxicity.

“After extraction, we incinerate the residual ash again to break down the dioxins. Ninety percent of this is then turned into bottom ash, which can be used as a construction material, for example,” explains Fedje.

Internationally, the prevalence of waste incineration is varied, but the need to handle large amounts of ash after the process is widespread. In Sweden, incineration of household waste in waste-to-energy plants is common and results in about 250 000 tonnes of fly ash every year that could potentially be treated in this way. The rest of Europe accounts for around ten times that amount.

Although it is hard to estimate how many tonnes of zinc are currently lost through landfill in Sweden and beyond, the method developed by the Chalmers researchers can be of great interest to all waste management actors. It offers great potential for recovering these metals in a relatively simple way and could have a significant impact on the profitability of waste incineration, as well as its role in the circular economy.

“The technology for extracting zinc from fly ash could have several positive effects, such as reducing the need for mining virgin zinc raw material, lower levels of toxicity in the ash, and greatly reduced landfill contributions. It can be a vital contribution to society’s efforts towards a more circular economy,” says Sven Andersson, adjunct professor at Chalmers and R&D Manager at flue gas cleaning supplier Babcock & Wilcox Vølund AB.

Applied in full scale in Sweden

Dividing her time between Chalmers and Renova, Fedje has spent many years developing the methodology, in collaboration with several external actors. Together with Andersson, they have been able to design a full-scale process. Their research has led to Renova AB and B&W Vølund now building an ash washing facility with zinc recycling in Gothenburg Sweden, an investment that is estimated to save hundreds of thousands of euro every year for the municipally owned waste management company.

More about the method

The method was originally pioneered at Karlsruhe Institute of Technology in Germany in the 1990s. There are currently some established plants for extracting zinc and other substances from fly ash in Europe, and in one plant pure zinc metal is produced in a complex process. The method developed at Chalmers does not extract pure zinc metal, but instead a simpler process is used where the end product contains a very high proportion of zinc. This can be processed in existing production lines in the metal industry.

The method involves using an acid wash which releases zinc and other metal ions from the ash. The zinc is recovered from the leachate as zinc hydroxide using chemical precipitation, which can then be further refined using metal industry processes to generate high purity zinc metal. The leached fly ash can be re-incinerated in order to destroy toxic dioxins.

During the pilot study, 75–150 kilograms an hour of fly ash from a Swedish Waste-to-Energy plant was mixed with scrubber liquids from the same flue gas treatment system in a continuously stirred vessel. The resulting slurry was dewatered in a vacuum belt filter. Hydroxide precipitation of the resulting leachate, followed by filtration of the formed crystals in a membrane filter press, produced a filter cake with up to 80 per cent weight zinc hydroxide.

Zinc is used in corrosion protection and for galvanising but also in alloys and many everyday products such as batteries, electronics and cosmetics. Zinc is also the body’s second most common trace element and is important for human metabolism.