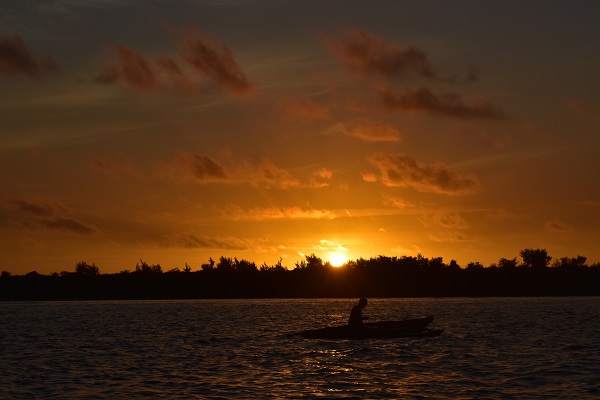 Investing and doing business in Africa is not always plain sailing. There are hidden risks behind the golden clouds of a rising sun. Image credit: WhyAfrica

The latest insurgency in northern Mozambique is a good case study for companies and investors with ambitions to diversify into Africa, writes Leon Louw.

Despite Africa’s rich mineral endowment, abundant natural resources, and resilient human population, it is a reality that, even before Covid-19, most economies in Africa faced an uphill battle. Covid-19 has added fuel to the fire and widened the hidden cracks of inept governance, and institutional and structural constraints. Despite its high population growth rate, rapid urbanisation, and large youth bulge, poverty, unemployment, corruption, and economic constraints will continue haunting Africa for at least the next 20 to 30 years.

However, these challenges create opportunities, especially in the primary sectors of the economy. Mining, agriculture and in some cases, forestry, will remain the mainstay of African economies in the immediate future. Although most politicians like talking the beneficiation game, it is highly unlikely that, without sufficient infrastructure and electricity, African countries will become manufacturing giants in the next few years. Although we would all like to change the situation, the fact is that Africa will remain reliant on the export of raw commodities, until the necessary infrastructure is put in place to move up another gear. The focus should thus be on identifying and responsibly developing the continents’ abundant resources, while constructing the enabling infrastructure to allow growth to take place. In all of this, governments should, in an ideal world, ensure a safe and enabling environment for the public sector to thrive in. Unfortunately, this is where most African governments falter.

One cannot randomly choose where to mine a mineral, where to drill for oil or where to start tilling fertile and large agricultural land. The geology, oil and gas reserves, and the soil and climate dictate, to a large extent, a company’s decision to invest in a specific country or region. This means that private investors, who should, above all, have the development of Africa at heart, often find themselves stranded in uncharted territory facing enormous risks. Without government support, they would be dead in the water.

The recent spate of attacks by terrorist groups in West Africa and now in Mozambique are risks that even large multinational companies normally shy away from. For junior exploration companies or small and medium sized suppliers and service providers, such threats are an even greater concern.

The security situation in the Cabo Delgado province in northern Mozambique (the location of one of the biggest oil and gas projects currently being developed in the world) has deteriorated significantly over the last year. Despite warnings from a range of stakeholders, and continuous reports of a brewing insurgency, the Mozambican government, and in fact, the African Union (AU) and Southern African Development Community (SADC), were all lethargic to react. Their torpor came at a cost. A jihadi-like militant group who claims links with the Islamic State, overpowered the Mozambican military last week and took control of the strategically located town of Mocimboa da Praia.

Mocimboa da Praia is about 70km south of the natural gas project in the Rovuma Basin, which is estimated to be worth more than USD60-billion. The Mozambican soldiers reportedly ran out of ammunition. Although the gas project is said to be secure for now, there are deep concerns that the entire region could be thrown into turmoil, which will be devastating for a promising regional Covid-19 recovery.

According to several sources, Mozambican soldiers are paid by multinational companies to safeguard infrastructure in and around the town of Palma, further north of Mocimboa da Praia, and about 200km north of Pemba. Private South African and Russian security companies have been deployed in Cabo Delgado on several occasions, without much success.

This example illustrates just how unpredictable the operating environment in Africa can be, and how quickly the tide can turn, especially in a post Covid-19 world. The lesson is that opportunities in Africa abound. However, caution is needed, and a thorough understanding of the actual operating environment, and holistic view of the challenges faced by some fragile states in Africa, are prerequisites for doing business on the continent.