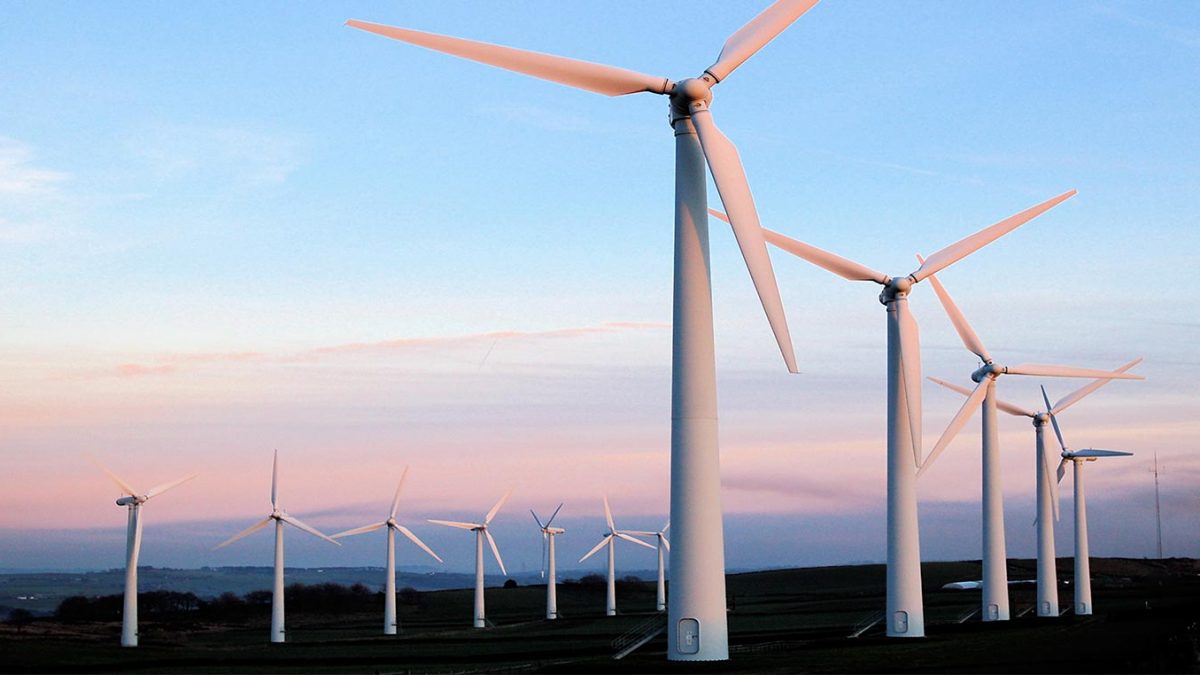 The transition to renewable energy has been expediated by the onset of Covid-19. Image credit: Student Energy

11 November 2020 – According to the tenth edition of PwC Africa’s Oil & Gas Review 2020 titled Energising a new tomorrow the transition to renewable energy will continue to rapidly gain momentum throughout the coming decade.

Spurred on by the Covid-19 global pandemic, the world is finally galvanising its commitment to move towards a green and sustainable future by mid-century, and the global energy transition is the cornerstone of this new world. This transition to renewable energy will continue to rapidly gain momentum throughout the coming decade, led by policy shifts towards green incentives as developed economies begin to “build back better”.

The dramatic global oil demand slump, triggered by economic lock-down across the world and a result of the downgrading of long-term global oil demand outlook; estimated to never again exceed 2019 levels; has left African economies under significant increased economic and fiscal distress, especially those reliant on oil and gas.

These are some of the highlights from the tenth edition of PwC Africa’s Oil & Gas Review 2020 titled ‘Energising a new tomorrow’. This review continues to build on annual insights into the African oil and gas sector but expands the focus to include the unprecedented disruption caused by the Covid-19 global pandemic as well as the biggest global theme for this decade – the renewable energy transition.

According to James Mackay, PwC Director: Energy Strategy and Infrastructure the COVID-19 pandemic has played havoc in global economies and energy markets, with oil being shown to be particularly vulnerable. In response, the developed world has accelerated the renewable energy transition through greening policy, economic stimulus and investment.

“It is ironic that after decades of climate change denialism, it has taken a global pandemic to tip the scales in favour of our environment and greening our economies. ‘Net Zero’ and the energy transition are significantly transforming the energy and utilities sector, with 2020 seeing the five supermajors in oil and gas having written down reserves by USD87-billion, rapidly diversifying portfolios towards renewables and redefining their business strategies. An example of this is BP setting out its strategy to achieve ‘net zero’ by 2050,” says Mackay.

The Covid-19 market disruption has provided insight into the future energy system, permanently changed our behaviour and given us a new perspective on the value of a clean and sustainable environment.

This disruption and change are taking place against the backdrop of increasingly fragile African economies under fiscal pressure from both the immediate Covid-19 responses required as well as depressed markets and specifically declines in oil and gas production and exports.

The development and early adoption of clear, regionally aligned country strategies and policy dialogue aimed at capitalising on the global energy transition and harnessing the attractive wind and solar array across Africa may be an attractive and sustainable outcome for Africa.

A number of challenges arose in 2019 for the oil and gas sector. The ongoing rise in shale production, a slowing global economy and talk of a potential global recession, the prospect of a deepening trade war, structural oversupply of Liquefied Natural Gas (LNG) production and concerns over security of supply with increased attacks on oil production sites.

Oil production in Africa saw a slight increase of 0.5% from 2019 amounting to 8.3 million barrels per day (mmbbl/d). This accounts for 8.82% of global production. However, in 2020, production saw a decline of 10% relative to the previous year driven by the Covid-19 demand slowdown for exports. Africa’s proven oil reserves have remained static at 125.7 billions of barrels (Bbo) from end 2019 to 2020. 41% of these reserves are located offshore while 59% are onshore.

Due to a decreased demand during Covid-19 and prolonged low oil prices, global Mergers and Acquisition (M&A) activity saw a steep decline in 2020 with an 88% decline by value and 40% decline by number when compared to 2019.

Due to the oil price crash between 2014 and 2016, Africa has seen a significant decline in capital expenditure (capex) on production, totalling 43% for the period 2014 to 2018. Africa’s oil and gas sector saw a positive recovery in 2019. There has, however, been a significant reduction in capex spend, with key projects being deferred by one to three years in the past few months.

Notwithstanding the various headwinds faced by the African oil and gas sector in recent years, the industry had been on a path to a moderate recovery in the decade ahead. Africa’s oil producers have been hit hard by a major drop in export revenues, dampened economic activity, severely impacted fiscal reserves, and overall lower growth prospects, all in the face of Covid-19.

With global peak oil demand behind us, Covid-19 has accelerated the global energy transition by as much as five years. While developed countries are moving quickly to accelerate the energy transition to stimulate their respective economies, developing countries, particularly those in Africa can’t afford to, and largely lack the supporting infrastructure and domestic market skills to follow this trend.

The role of energy policies in the changing energy sector

While being the biggest global disruptor this decade, global evidence suggests that the energy transition does in fact create significant positive economic impact and other opportunities. Africa can benefit tremendously from the technology initiatives and learning curves largely paid for by the developed world.

Despite most African countries having ‘greening’ policies in place, implementation is largely lacking, domestic market momentum is low, and countries can’t afford the level of investment or incentives being implemented by the developed world.

It is notable that some countries have taken steps to implement some form of basic energy transition policies, plans or strategies. Kenya, Algeria, Egypt, Morocco and South Africa have been the most proactive with progressive and clear policies, yet all remain short of their initial renewable energy installation targets.

Countries such as Angola, Algeria, Gabon, Egypt and Uganda have updated hydrocarbon legislation, regulations and decrees over the last three years in respect of local content, government revenue, transparency, fiscal measures and other reforms. However, these have not always been aligned to an overall national energy strategy that includes energy transition. Many oil and gas exporting countries, specifically Nigeria and Angola, focus heavily on policy associated with taxation and regulation of the oil and gas sectors, which has detracted from progressing renewable energy policy.

Overall, the majority of the oil and gas exporting countries do not have adequate energy transition policies in place and are still largely focusing on hydrocarbons for domestic power as well as continued exports.

The adoption of renewable energy in Africa

According to Andries Rossouw, Energy Utilities and Resources Leader for PwC Africa accelerated adoption of renewable energy could be the economic game changer for many African countries. “Renewable energy industries have been shown to have positive and inclusive economic impact. This provides opportunities for African economies to diversify through, among others, leveraging their natural assets, including wind and solar arrays, but also new-age minerals,” says Rossouw.

Considerable progress has been made in some African countries around policy and planning environments. The biggest challenge, however, remains the need to exponentially increase the scale and speed of execution, but this calls into question the affordability of renewable energy in African markets as well as governments’ weakening fiscal capabilities.

“Perhaps a more ‘just transition’ would be a deeper investment stimulus and focused support for energy transition in Africa by the developed world. This would help to accelerate positive global climate response as well as support inclusive, sustainable Africa economic growth and thus create a win-win for all global citizens,” says Mackay.