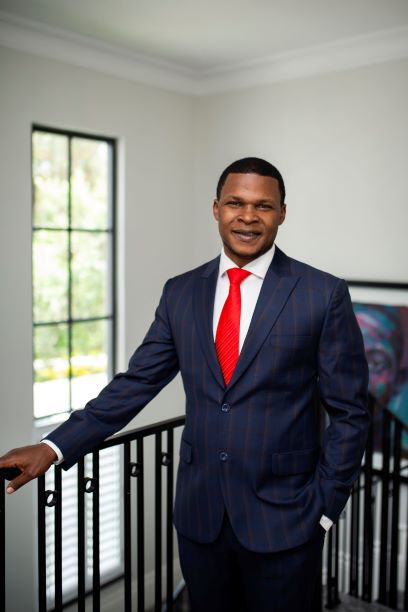 By L.M. Louw for WhyAfrica

02 April 2021 – In an exclusive and fascinating discussion, NJ Ayuk, Chairman of the African Energy Chamber, tells WhyAfrica that the energy sector will drive growth in Africa and that demand for electricity in Africa presents mouth-watering opportunities for investors. Following is the full interview with Ayuk.

To me, there is no doubt that the oil and gas sector will drive growth in Africa over the next 10 years. We need to pay close attention to the energy transition. Despite all the very serious security issues, there is so much potential and opportunities in Mozambique. It is one of the biggest gas discoveries in the world. Senegal has made some good discoveries as well, and Nigeria should always be part of this conversation. Countries like the Republic of Congo, Equatorial Guinea and South Africa have incredible potential. There are a range of big-ticket items in Tanzania and with a new president in charge, we might see them come into fruition soon, which will create unbelievable opportunities.

However, in the bigger scheme of things, the greatest opportunity in Africa lies in providing its people with electricity. Two thirds of the African continent remain in the dark. These people have no access to the electricity. That is the biggest investment opportunity in Africa. Anybody who can figure out how to get power to these people, whether they are in a small village, a small town or in cities, or whether the company provides solar, wind or batteries, there are opportunities. Imagine the possibilities of providing power to millions of people. These projects will include the construction of infrastructure, and the mining of minerals like rare earth elements, cobalt, nickel, lithium and more. Remember, we are dealing with climate change and these materials are going to become increasingly important in the future. Elon Musk will eventually need Africa’s resources to build his cars. Therefore, we need to become involved now, and not wait for Elon to come to us.

The Mozambique situation is a major concern. What, in your view, are these extremists trying to achieve, and should we be worried?

We should be concerned about the spate of extremist attacks in the Cabo Delgado province of Mozambique. If these insurgents have any kind of success, then Mozambique runs the danger of descending into chaos and poverty. There is a huge gas deposits in the north of Mozambique, and because of this, there is an insurgency, whatever its links and affiliations.

What we have in Mozambique, is not a manifestation of grievances, it is not a protest, it is not fighting, it is pure and simple terror. If that is not taken care of right now, the entire Southern Africa could become a failed region, and we do not want that. Mozambique is set to become the third largest gas producer in the world. That means the country will be supplying gas to Europe, America Asian and other African countries, so in this era of climate change Mozambique is going to change the world. What I am saying is that the situation in northern Mozambique should be a global concern. It is a national and international security issue, and everybody should pay attention.

Is there not a danger that other African countries, where there are big gas and oil discoveries, will face similar threats?

Yes. Just north of Mozambique lies the huge gas fields of the Rovuma Basin in Tanzania. The same could easily happen there. It is time the African Union and international partners intervene. If these groups are successful in Mozambique, they will move up into Tanzania, and they are going to stop the Tanzanian gas projects. If they are not stopped in their tracks now, they will move to the oil and gas basins around Senegal and Mauritania and launch attacks there.  Once they have attacked critical energy infrastructure, and they realise it can be done, they will suppress local communities and keep them living in abject poverty.

Gas will shape our future in Africa. If these energy projects do not happen, it will prevent development from taking place. There will be no infrastructure projects and no job opportunities. What is happening in Mozambique is not only a Mozambique problem. In South Africa Total has made world class gas discoveries, and they will go after that as well. Their aim is to prevent the development of African communities.

Is that the end-goal?

People that engage in radical terrorism do not really have an end-goal.  Their end goal is to destroy, to spread confusion and to release terror on communities. Total suspended activities because similar attacks happened in the past. That was in January this year. In March Total announced that they will resume activities, and within 48 hours there is a massive attack in Palma. The main target was not Palma, it was the energy infrastructure. They wanted to send a message and the message is loud and clear: we are not going to allow you to develop this natural gas. They wanted to harm the people working on

infrastructure projects. They are basically saying: do not come here and get out.

But we need to ask hard questions. For example, has the local community around Palma really benefitted from all the development? I do not think so. These attacks were geared to stop the project and they threaten regional stability. Mozambique borders with Tanzania, Malawi, Zambia, Zimbabwe, South Africa and Eswatini and all these countries will be affected. If the situation worsens, we could see a refugee crisis and the region will have to deal with this. We need to stop the attacks now, develop these projects and make sure that local people benefit.

What should other African governments do to prevent similar situations happening in their countries?

Governments need to implement policies that will attract investment and result in developing local communities. But there has to be constructive engagement, communication, and consultation with these communities. One of the issues I have previously mentioned in my book in the past, is real community partnership to build trust. Communities will have to get at least 40% to 60% of revenue rather than all of it going to the central government. Moreover, we need to develop communities and build a manufacturing base rather than shipping the raw products to other countries.

What lessons do you think we, as Africans, have learned with the Covid-19 pandemic?

The pandemic has been a good lesson. We have to ask ourselves which practices we should implement to become stronger. It is time that bureaucrats reduce regulations and make it easier to do business in African countries. Furthermore, it has to be easier for Africans to trade within Africa. Most importantly though, is that energy must be declared a high priority sector.

What, in your opinion, should African governments do to create an enabling environment for business to thrive.

Capital goes where it is welcome, it is as simple as that. Today we need to be much more competitive. The most important is to reduce bureaucracy and improve governance systems. Africa needs to deal with corruption and mismanagement. This is something that we, in Africa, all of us, need to confront. If we do not confront these issues, we are creating an environment that is extremely difficult to do business in. As it stands, there are just too many rules and regulations.

Contrary to what we are doing now, we need to make it easier for foreign investors. African governments need to look at their fiscal and regulatory frameworks. If there is a significant discovery somewhere in Africa the government suddenly decide to change the rules of the game, and move towards some form of resource nationalism, and that scares investors. Stringent fiscal terms make critical energy projects uneconomical and suddenly increasing corporate taxes will not attract investment. Investors will simply look somewhere else.

A good example is Uganda and Ghana. Irish company Tullow discovered oil in Uganda just three months after their major discovery in Ghana in 2007.  In 2007 Ghana immediately started working on approving the field development plans. They cut out the red tape and Tullow started producing oil in Ghana in 2011. That changed Ghana’s oil and gas trajectory and today there are several large producing companies in Ghana, including Springfield Energy, a local Ghanaian company, that made a 1.5 billion discovery.

On the other hand, Uganda has, for the umpteenth time, postponed the Final Investment Decision once again recently. They have spent the last 14 years arguing about taxes, and rules and regulations. Resource nationalism always feels good with populism. It is great to say we kicked the big companies out, we got rid of the west. But then we cry if there is no development. African countries need to guard against populism.

Africans – all of us – from Cairo to Cape Town – need to drive change. We need to change the way the continent does business with the rest of the world, and we need to do it now.

How can we get young entrepreneurs and especially women involved in the oil and gas sector?

To lock more than half of the continent’s population out of the economy, does not make any sense. The energy sector has a shameful record in how we treat women, and we need to turn that around. However, it is not only business, but also governments. Governments and industry need to cooperate and drive training and development in science, technology, and engineering. We need, now more than ever, to involve young people, and especially young women.

However, we need proper regulations and policies, and at the same time we need to guard against not creating an old-boys club, and set aside programs that promote women. Women perform better than men within management roles and in leadership roles. Maybe it is time men drop their ego’s and get off their high horses and really focus on merit. There is so much potential in Africa, and so many opportunities, and we need to ensure that all the people in Africa benefit.

NJ Ayuk is Chairman of the African Energy Chamber. The second edition of his informative book “Billions at Play” has recently been released. In this edition Ayuk places the energy sector at the centre of Africa’s economic growth.