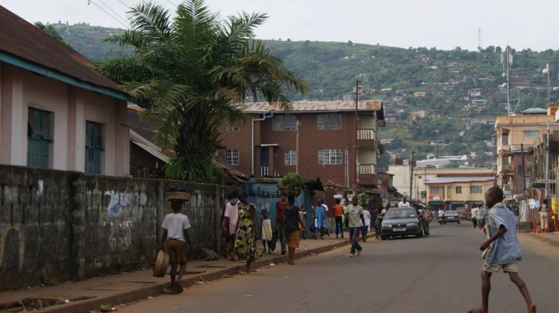 Sierra Leone has opened its airport and the government has gathered valuable geological data, but electricity constraints might spoil the party.  The question is whether power deals mean progress in Sierra Leone?

Lungi, Sierra Leone’s international airport in Freetown, will be one of the first in Africa to reopen after four months of closure due to the global coronavirus pandemic. Visitors will be able to fly to Sierra Leone again from the 22nd of July next week. This is good news for expats that left Sierra Leone before the travel restrictions kicked in and have not been able to return to the country, which has affected some projects, especially those in the process of being developed. However, according to Karl Smithson, executive director of Newfield Resources, the impact has not been that severe and work has continued in some form or another. I spoke to Smithson, who is still in the UK, this week about development at the Tongon diamond mine, and he was optimistic that the project is making decent progress and is only slightly behind schedule (The full interview will be published on the WhyAfrica website next week).

Sierra Leone has many challenges, and is still recovering from a devastating, protracted and extremely violent civil war and a debilitating outbreak of Ebola a few years ago. Covid-19 could not have come at a worse time. The people of Sierra Leone are extremely resilient though, and for intrepid businesses that have a thirst for high-risk ventures in semi-fragile states, it presents great opportunities to play a critical role in rebuilding the country’s economy and local communities.

Although President Julius Maada Bio has his critics (and for good reason) his government has undertaken several projects that should be lauded. One of those has been the nationwide airborne geophysical survey, the first of its kind in Sierra Leone, that was completed recently. The survey was conducted by UK based Reid Geophysics. Reid Geophysics appointed two South African companies, Xcalibur Airborne Geophysics and GeoFocus Geophysical Services to fly the surveys. I spoke to Tim Archer, director at Reid Geophysics, and Jacques Hollander, director of operations and geophysics at Xcalibur at the annual Mining Indaba in Cape Town earlier this year, and they were both optimistic about the prospects in Sierra Leone. For Hollander, who has worked across Africa, it was a pleasant experience and he was really impressed by the way government went about their business. Smithson, a stalwart in Sierra Leone, says the survey and data now in possession of the government, will make it a lot easier for exploration companies to identify areas of interest and apply for exploration licenses. Archer, Smithson, and Hollander are of the opinion that Sierra Leone hosts great deposits that have been ignored for a long time. Judging from exploration activities and developments in neighbouring Guinea and Liberia, where Dan Bett’s Hummingbird Resources has done a lot of work, and with a booming gold price, the gold deposits in Sierra Leone are starting to look attractive.

But be warned. Sierra Leone is not for the faint-hearted. The country is beset with challenges. The most obvious is a lack of good infrastructure, which of course, creates opportunities. Electricity is a major constraint. According to the Sierra Leone Telegraph, less than 15% of households in the country have access to electricity supply, with prolonged and intermittent blackouts quite common in the capital and other towns and cities.

The Telegraph further writes that the government has agreed to a five-year contract with Turkish owned Karpowership, one of the worlds largest operators of floating power plants, to continue to provide electricity to Freetown. The cost of the contract has not been disclosed. Karpowership is part of Turkish based Karadeniz Energy Group. Karpowergroup has capacity to generate about 4100MW from a fleet of 25 ships, and provides electricity to eight African countries, to Cuba, and to countries in the Middle East and Asia.

The company currently supplies about 80% of Sierra Leone’s electricity from two large ships anchored off the coast of Sierra Leone, in the Port of Freetown, under an expensive contract signed in 2018 with the Bio-led government. The vessels use heavy fuel oil or liquefied natural gas (LNG). The new agreement will add 5MW to current production. Sierra Leone needs at least 500MW of electricity to meet its non-industrial demand.

According to the new agreement, Karpowership will generate an average of 63MW during the dry season and 23MW during the wet season for Sierra Leone’s Electricity Distribution and Supply Authority. The country’s Bumbuna Hydro-electricity facility has the potential capacity to provide about 80MW of power, but actual production does not exceed 60MW in the rain season, and then grinds to an almost halt during the dry season when water level at the dam falls and technical repairs are carried out.

Despite its challenges, there are opportunities in Sierra Leone if companies are willing to take the risk. The country has made some progress after the disasters that have continuously beset them in recent times. Whether an expensive, short-term power deal is the solution to deep structural problems, will be answered in the next few years. The next election is scheduled for 2023, and Bio is under increased pressure to deliver on his promises. Keep an eye on Sierra Leone, though, it may turn out to be the next gem of West Africa.