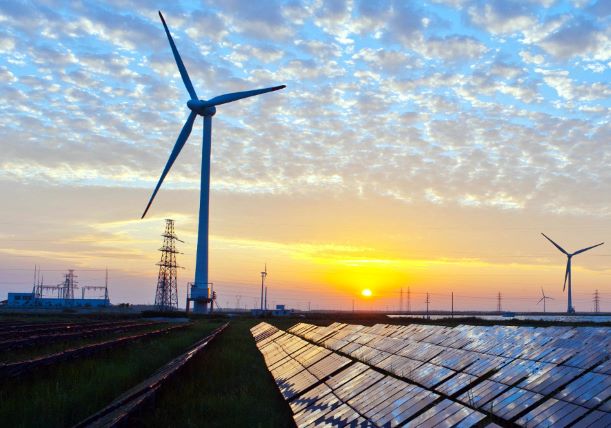 The energy shortfalls, primarily driven by a poor performance of an ageing fleet of coal-fired stations, are addressed in South Africa’s Integrated Resource Plan of 2019. This plan commits to a shift away from coal, with a proposed 25% of South Africa’s total power to be produced through renewables by 2030.

Jan Fourie, Sub-Saharan Africa’s GM at international energy company Scatec, describes the problem not as an energy crisis but as a fossil fuel dependency crisis.

“The country’s abundant sunlight and wind resources make renewables the obvious panacea. Renewables-based projects are now quick to establish and fully cost-competitive with fossil-fuel based ones. And with programmes like REIPPPP and RMIPPPP well underway, there is no shortage of investor backing or state support,” says Fourie.

“Innovations in storage (battery) technology have allowed renewable energy plants to output completely stable, consistent, dispatchable power. The advent of these large-scale long-duration storage solutions, propelled by innovations in lithium ion and other technologies, is finally dispelling the misconception that renewables’ output is intermittent, or that solar power is only available when the sun shines,” Fourie explains.

Scatec are on track to add 150 MW of contracted capacity to the South African national grid through their hybrid solar and battery plants in the Northern Cape. With one million individual Photovoltaics (PV) panels envisioned across an 1100ha area, and a capital expenditure of about one billion USD, the project is one of the most ambitious of its kind in the world.

According to Fourie the plants’ lithium-ion battery units allow for a previously unprecedented level of output control and dispatchability.

“PV capacity is over-installed, and the vast excess of energy produced during the sunlight hours is stored in the battery packs, and released as needed, especially during the mornings and evenings when demand peaks, and grid operators request power. The storage units also safeguard against prolonged periods of overcast weather and seasonal swings,” he says.

These considerations are crucial as RMIPPP guidelines stipulate that the new energy must be available at total capacity from 05:30 to 21:00 every day, and dispatchable at the request of grid operators whenever a market demand may arise.

While LNG (liquefied natural gas) has been touted as a viable alternative energy solution for South Africa, Fourie cautions that renewables represent a far better strategy for an emerging economy like South Africa.

“The significant challenges globally around decarbonisation, affordability, and profitability suggest that the LNG industry may not enjoy popular backing from banks and investors for much longer,” he says.

With limited domestic production, the bulk of liquid gas burned in South Africa is imported, making the industry vulnerable to disruptions in international supply chains (whose fragility was starkly exposed by the covid pandemic), as well as volatile exchange rates and commodity prices.

“All these risks and vulnerabilities are passed through to the government and not borne by the IPP. Dispatchable renewables, which promise to deliver consistent power at a stable cost for the next 20 years, represent a far safer proposition for the state,” Fourie adds.

“Though LNG is less carbon-intensive than coal, it is still a fossil fuel. Its usage has a detrimental impact on the environment, incurs a carbon tax, and is not consistent with our goals to expand renewables’ contribution to South Africa’s energy mix. A greener future using renewables is possible, and is, in the longer term, a better strategy”, he says.

“Renewable dispatchable power in South Africa is not a pipe-dream. It’s a reality available right now, and it makes sense as government’s primary energy resilience strategy. There are already many massive projects underway that promise to offset load shedding and bring South Africans clean power for the future. Dispatchable renewables are a risk-free win for government, and the key to future-proofing South Africa’s energy sector lies in harnessing the country’s abundant renewable resources”, says Fourie.