Did we cry wolf in Mozambique? 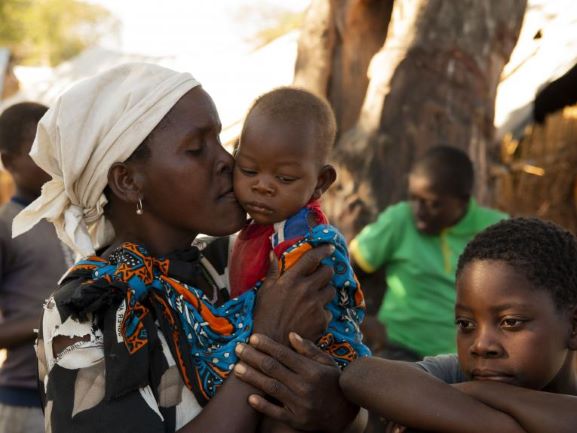 Thousands of local people have been displaced in Cabo Delgado, Mozambique. UNICEF has been active in the area to assist refugees. Image credit: UNICEF

By Leon Louw for WhyAfrica

04 April 2021 – How did risk analysts and intelligence agencies get it so wrong in Mozambique? Or did they? They have been warning about imminent attacks in Palma since 2017. Were there possibly too many warnings? Did we cry wolf in Mozambique?

The people of Cabo Delgado were hoping for peace and prosperity. Instead, the multi-billion-dollar gas project in the far north of Mozambique brought nothing but despair, displacement, and further poverty. While dead bodies littered the streets of tropical paradise Palma two weeks ago, after the fiercest attack by local insurgents yet, foreign contract workers scurried to get out of town. Some did not make it.

Those that managed to escape, were shocked and surprised. That the dissident group could become so brazen and attack foreigners, was not part of the plan. Was a ruthless attack like this part of the scenario planning or political risk management process carried out by the big multinational companies and smaller contractors working on developing the infrastructure around Total’s Afungi LNG site? French owned Total has worked in war torn areas and fragile states around the world, the question is how could they have missed this?

Who are the people sitting behind these attacks?

Currently there are more questions than answers in what appears to be one of the best kept secrets of late. Nobody really knows who is cracking the whip, and most analysts are guessing, like we all do. Some say the insurgency is linked to the Islamic State (ISIL), others believe the orders are given in the eastern parts of the Democratic Republic of the Congo (DRC). There is enough evidence to prove that Islamic jihadists do have a hand, however, the dire economic conditions in Cabo Delgado, despite the newfound riches in the gas basin, gave rise to extreme despondency and despair, and ultimately to an uprising amongst the local youth. It is easy to recruit young people without hope. That begs the question of whether local communities were included in the initial talks about developing the gas fields? Were they consulted on an ongoing basis to make sure they benefit directly from the LNG projects, or from infrastructure contracts associated with the gas development?

If the general population of Cabo Delgado were content and happy, gathering information about imminent attacks, and who sits behind those attacks, would have been a lot easier. Total pulled out of Cabo Delgado in January this year. Why did they come back in March and not know about the lurking danger? The Palma attack happened a day after Total arrived in Afundi to restart operations. Were there not signs, or rumours, or intelligence about a major offensive of this size and scale? We have to question the intelligence gathering networks and systems, not only those of the companies operating in Cabo Delgado, but also those of regional governments, including the South African government, who is heavily invested in the region. Why did some South African contractors continue working in Cabo Delgado even after Total pulled out in January? Were there maybe too many warnings about a possible attack over the last three or four years and nothing happened? Were the beheadings of local people in remote villages not enough to raise the red flags?

Senior Researcher at the Institute of Security Studies (ISS) Liesl Louw-Vaudran said after the attack in Palma, that the regional leaders in Africa have allowed the situation in Mozambique to deteriorate over the last three years, which has resulted in many deaths and instability in the country.

Louw-Vaudran said in a television interview that the ISS has made numerous attempts to urge regional bodies – SADC and the African Union – to intervene.

“It really has been very frustrating for everyone watching this situation rapidly deteriorating in the last three years. There have been so many attacks; brutal attacks and beheadings. We have written so many articles and have had webinars and meetings calling on SADC and the AU and SADC member states to take action even though it is a very complicated situation, and this situation has been allowed to deteriorate,” she said.

Terror analyst and expert Jasmin Opperman has been warning about the worrying attacks in Northern Mozambique since 2017. After the recent insurgency in Palma, Opperman said that the attack should never have happened as early warning intelligence was provided three days in advance and it was ignored.

In March 2018 Opperman wrote the following in an article for the Mail and Guardian after an attack on Mocímboa da Praia, south of Palma: “Regardless of the origin of the militants, these attacks are a major concern because Mocímboa da Praia is located only 80km kilometres south of a planned site for two liquefied natural gas (LNG) terminals that multinational energy companies plan to build. If further attacks occur in northern Mozambique, the country’s ability to develop the region may be severely undermined.”

Did we cry wolf?

So where did we get it wrong? Maybe it was a case of the cry wolf syndrome, and the fact that those involved did not continuously gather information and expand their intelligence network after the investment was made. In Condoleezza Rice and Amy Zegart’s book Political Risk – Facing the threat of Global insecurity in the twenty-first Century, they write that it is one thing to assess political risks when the company makes its initial investment decision to move to a foreign market, “it is another to update the assessment so that management stays ahead of the curve.”

According to Ian Bremmer, president, and founder of the Eurasia Group, 69% of firms analysed political risk for a new investment, but only 27% continued monitoring political risk once the investment was made. “People just assume things will continue this way forever but frequently that consensus is wrong. Scenario planning is important, and it is imperative to include a contrarian view in all scenarios looking at what can go wrong,” says Bremmer.

Rice and Zegart states the following: “While most companies do not update enough, there is also the risk of updating too much, which can desensitise leaders. Dubbed the “cry wolf” syndrome by intelligence scholars, the basic idea is that humans frequently take false comfort in false alarms. The more often prior warning turns out to be nothing, the more current warnings are dismissed.”

For several months before Japan’s surprise attack on Pearl Harbour in December 1941, American military officials, including those at the Hawaii base, were warned that Japan might launch a surprise attack. But the more warnings they received, the less they paid attention. The Army commander in Hawaii received word on November 27, 1941, that Japanese officials in Honolulu were burning their secret codes. He had received many similar reports over the year, and this one did not seem especially serious. Turns out it was. The rest is history.

NK Ayuk, chairman of the African Energy Chamber, has worked with governments and large oil companies throughout the continent. Last week, Ayuk spoke to WhyAfrica in an exclusive interview (https://www.whyafrica.co.za/energy-sector-will-drive-africa-ayuk-tells-whyafrica/) and warned that the situation in Mozambique is a major concern for the whole region.

“If these insurgents have any kind of success, then Mozambique runs the danger of descending into chaos and poverty. There is a huge gas deposits in the north of Mozambique, and because of this, there is an insurgency, whatever its links and affiliations,” he says.

“What we have in Mozambique, is not a manifestation of grievances, it is not a protest, it is not fighting, it is pure and simple terror. If that is not taken care of right now, the entire Southern Africa could become a failed region, and we do not want that. Mozambique is set to become the third largest gas producer in the world. That means the country will be supplying gas to Europe, America, Asian and other African countries, so in this era of climate change Mozambique is going to change the world. What I am saying is that the situation in northern Mozambique should be a global concern. It is a national and international security issue, and everybody should pay attention,” Ayuk adds.