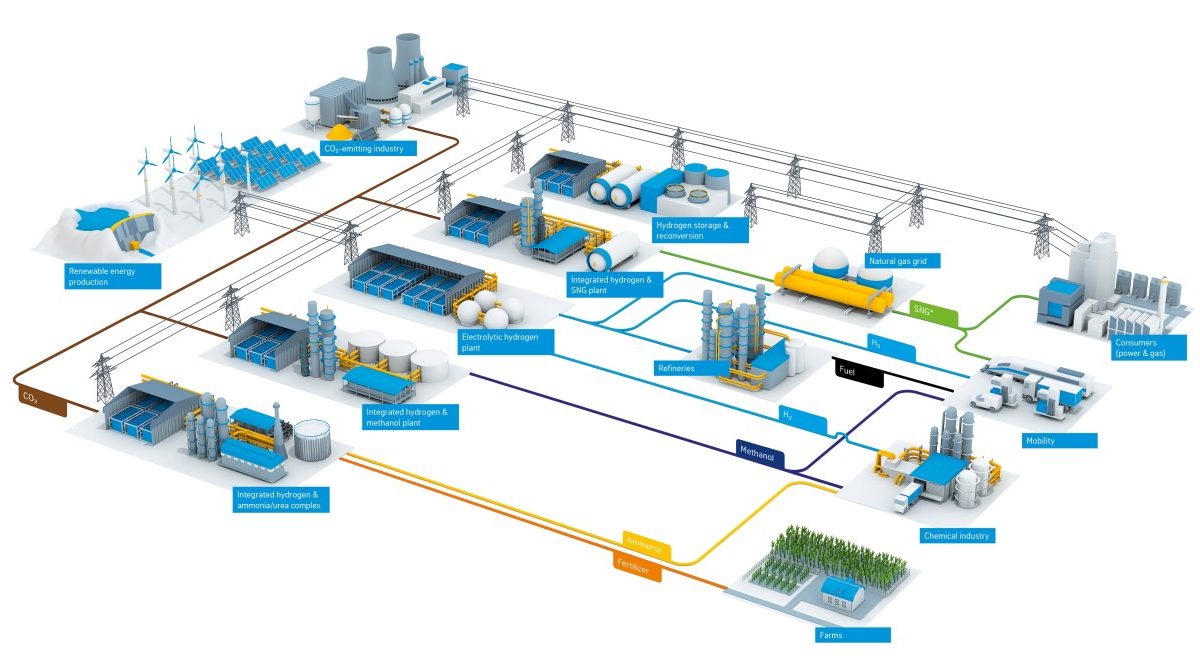 07 August 2021 – Cutting edge technologies will help develop renewable hydrogen-based economies in Africa which could convert the continent into a global producer of clean energy in the form of green hydrogen.

“The global development of renewable hydrogen-based economies has the potential to convert Africa from an essentially developing continent and largely commodity exporter to a leading global producer and exporter of clean energy in the form of green hydrogen,” says Rajend Govender, newly appointed CEO of industrial group thyssenkrupp Uhde Africa.

The growing global demand for green hydrogen, especially amongst developed economies, is driven largely by ever stricter environmental regulations.

However, some of these economies like Europe for example, lack sufficient renewable resources as well as land to produce the amount of clean energy required, opening up immense opportunities for Africa.

With its potential abundance of renewable energy resources in the form of solar radiation, wind, geothermal and hydropower, combined with the availability of large areas of non-irrigable land, the African continent is not only equipped to produce and export green hydrogen to meet global demand but it can also utilise this clean energy for its own requirements in sectors such as power, transport and agriculture.

Many parts of the continent have daily solar radiation of between

4 kWh and 6 kWh per square metre.  In addition, an overall estimated wind potential of 460 PWh (Petawatt) hours with the potential to meet a production cost target of USD1.8 to USD2.4 per kg, providing Africa with a significant cost advantage over most locations in Europe.

“Green hydrogen holds so much more potential than just a zero-carbon energy carrier. Once you have green hydrogen you have the flexibility to go many different routes.  You can use hydrogen to create a whole suite of products such as green ammonia (an organic hydrogen carrier that is also used to produce fertilisers), explosives, green methanol, synthetic fuels, synthetic natural gas, amongst other,” says Govender.

“A hydrogen-based economy is both attainable and feasible for Africa given that the technology as well as all the technological infrastructure required to support a hydrogen energy system is now available,” Govender adds.  “Moreover, the cost to produce green hydrogen from renewables has also reduced significantly.”

thyssenkrupp Uhde owns a large portfolio of chemical process technologies, one of which is large-scale alkaline water electrolysis, a process that uses direct electric current to drive an otherwise non-spontaneous chemical reaction.  It is also the process that produces green hydrogen using 100% renewable resources.

At the centre of thyssenkrupp’s electrolysis technologies are its patented large electrochemical cells which allow for very high efficiency in industrial scale green hydrogen production.

“Our electrolysers, a technology that converts water and electricity into hydrogen, oxygen and heat, forms the heart of our hydrogen production plant with high availability of 98% and hydrogen purities of up to 99,99%.  The principal design is well-proven and was born from our worldwide leadership in the design, construction and operation of hundreds of electrochemical plants for chlor-alkali production.

“Our technology is available in pre-fabricated, skid-mounted standard modules which facilitate and streamline the deployment of industrial scale hydrogen projects,” says Govender.  These modules can be easily added to achieve the desired project size, with the potential of reaching hundreds of megawatts.

Further unpacking the importance of hydrogen for Africa, Govender says that by moving from exporting commodities to exporting clean energy and its carrier products to world markets and by using green hydrogen to meet its own requirements, the continent can significantly increase its value chain depth, becoming more self-sufficient and less reliant on imports.

Africa can use hydrogen to produce its own fertiliser for its substantial agricultural sector as well as synthetic fuel and green methanol to power agricultural machines, commercial and passenger vehicles.

Govender also points out that hydrogen has some leap frog potential for Africa. Europe for example, has large diesel and electric fleets that have the potential to be moved to hydrogen.  Africa, on the other hand, with fewer internal combustion engine vehicles, has a distinct low-density and cost advantage; the continent can move straight to hydrogen, skipping the fast-developing electric power transport era altogether.

Citing another important advantage offered by green hydrogen production, Govender says that it can be decentralised.  “Being a massive continent with large distances and partially underdeveloped road infrastructure, the associated costs for transporting commodities such as fuel via road or air to remote mines and plants are high.  The solution can be as simple as erecting a small decentralised unit to produce fuel on site.  Not only is this a much more affordable route but the risk of delivery delays and subsequent downtime is eliminated.”  Govender adds that decentralised units can also be used to produce for example green methanol.

As many African countries still have coal-based economies and energy generation, Govender does not believe that a change to green hydrogen can happen overnight.  He says however that it is possible to capture and clean these CO2 embitters and use them together with green hydrogen to build new chemical elements.

The maturity of this clean technology is proven by the many projects thyssenkrupp Uhde have executed (amongst others, the recent commencement of a 2GW hydrogen plant in the Middle East) as well as its own installations in their main steel plant in Duisburg and thyssenkrupp’ s own Carbon-to-Chem Technology centre. Africa too will soon have its first hydrogen plant which is currently under construction in Morocco.

“It stands to reason that a company that develops green technologies must also have a green footprint,” says Govender.