Copper project in Namibia is pick of the week 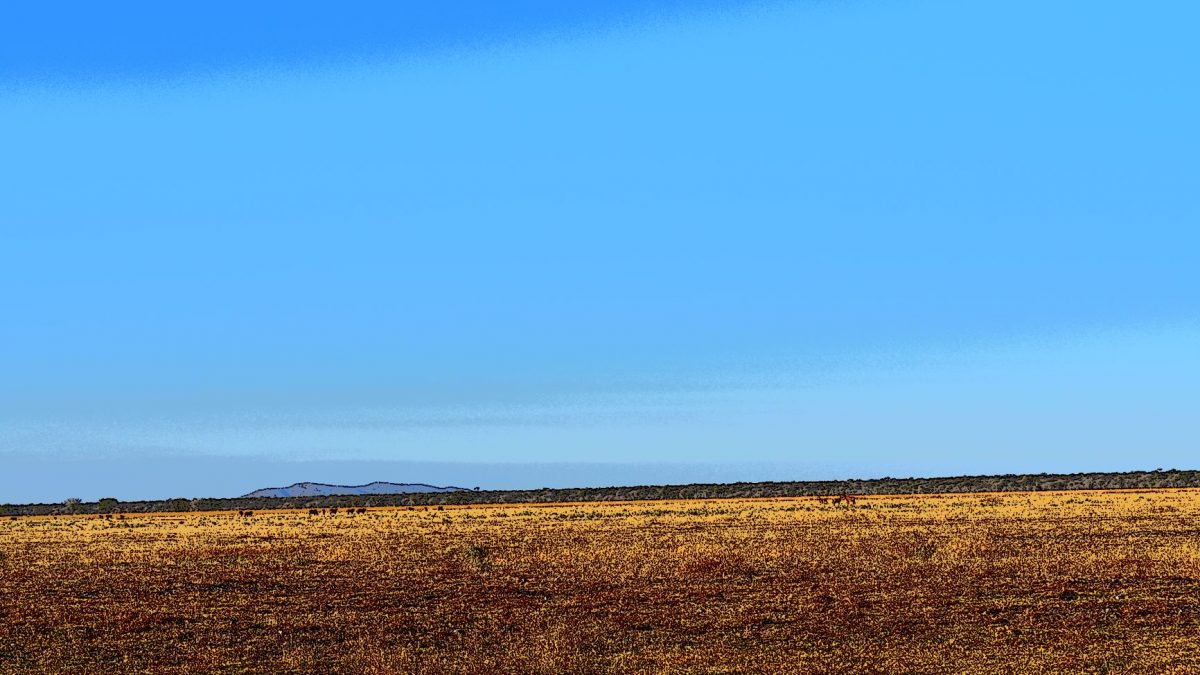 Namibia's arid landscape is not only a tourist attraction, it is also an enticing destination for geologists and exploration companies. Image credit: WhyAfrica

05 December 2020 – Namibia is not only a cherished tourist destination, the landscape is also an open geology textbook. This week’s pick of the week is Deep South Resources’ Haib copper project in Namibia.

One of my favourite places in the world is Namibia. The ancient desert’s rock formations, monumental orange sand dunes, and wide-open savannas of the Kalahari is something to behold. Moreover, the country’s landscape is like an open geology textbook. The country is a great tourist attraction, but over the past few years, it has also attracted more and more mineral exploration companies.

Namibia is certainly one of the most attractive mining jurisdictions in Africa and several greenfield projects are either coming into fruition or are well on their way to do so. Projects like B2Gold’s Otshikoto gold mine, Osino Resources’ Twin Hills gold project, Antler Gold’s Erongo gold project, Afritin Uis mining operation and Canadian listed Deep-South Resources’ Haib copper project are just some endeavours that have drawn my attention lately. Deep-South’s Haib project intrigues me. It is remote, but close to good infrastructure. Results and data are still a bit blurry, but with the copper price heading one way, this could become an interesting copper play.

Deep-South’s recently announced that it had entered into an agreement with Ferrodrill Namibia to proceed with the drilling program on the Haib copper project. Ferrodrill is a Namibian drilling contractor. According to a statement by Deep-South, the contract provides for 5000m of diamond drilling.

The specific focus of the drilling campaign will be to drill the high-grade area of the deposit uncovered by Deep-South in 2019. The overall program is planned to drill up to 12 000m in the area. The first part of the program is to drill 5000m with the goal of infilling gaps in previous drilling to improve the average grade and expand the tonnage of this specific area, and eventually to estimate a measured resource for the area. The first part of the drilling program will serve as a basis to plan the second phase of the drilling program.

Deep-South is largely held by Namibian shareholders. Management and directors hold 19% and Teck Resources 21% of the company’s share capital. Deep-South currently holds 100% of the Haib copper project in Namibia, which they claim is one of the largest copper porphyry deposits in Africa.

The Haib copper deposit is in the extreme south of Namibia close to the border with South Africa, which is defined by the course of the Orange River. The deposit lies some 12km to 15km east of the main tarred interstate highway connecting South Africa and Namibia and the nearest railway station is at Grunau, about 120km north on the main highway. This rail connection could provide access to either the port of Luderitz or to Walvis Bay via Windhoek or to South African ports or facilities via Upington.

The Haib copper project deposit is located within part of the Namaqua-Natal Province called the Richtersveld geological sub-province which is further subdivided into a volcanosedimentary sequence (locally, the Haib Subgroup), the Orange River Group and the intrusive Vioolsdrift suite which are closely related in space and time.

The Orange River Group is composed of sub-aerial volcanic rocks and reworked volcaniclastic sediments; deformation caused displacements along stratigraphic contacts before intrusion of the Vioolsdrift suite. The predominance of andesitic and calc-alkaline magmatic rocks with tectonic compression prevailing throughout the magmatic episode has led to an interpretation of an island-arc model for the region. Recent mass spectrography indicated an age of 1880 Ma for the volcanics.

The principal mineralised hosts at the Haib are a Quartz Feldspar Porphyry (QFP) and a Feldspar Porphyry (FP). The QFP is interpreted as a quartz diorite body which intruded the feldspar porphyry some 1,868 ± 7Ma . The FP is generally interpreted as being part of the suite of andesitic rocks although some workers have suggested that it too, may be partially of intrusive origin. The QFP is elongated along the orientation of the Volstruis Valley, largely coincident with the location and orientation of many of the higher-grade intersections within the deposit. The sequence has undergone low grade regional metamorphism to greenschist facies which event has been dated at