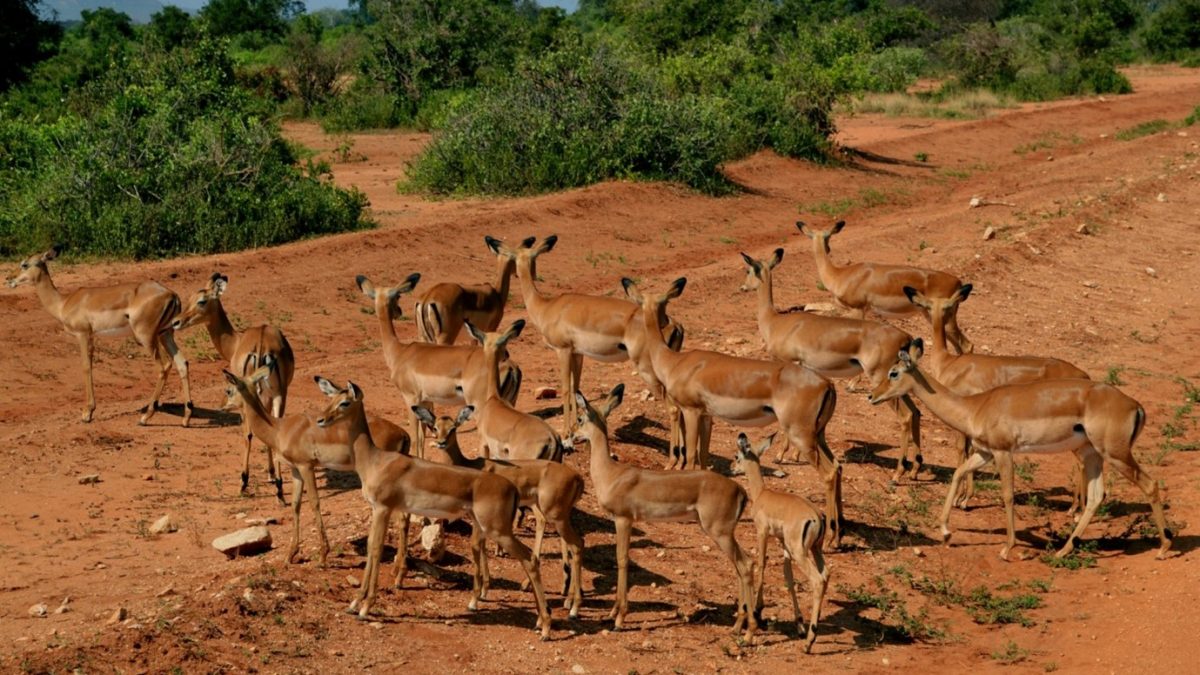 A herd of antelope’s graze in a park in the Democratic Republic of Congo. A new study indicates efforts to protect antelopes and other species in central Africa might be more successful if less land was conserved. Getty Images

A new study indicates efforts to protect antelopes and other species in central Africa might be more successful if less land was conserved.

Efforts to protect threatened and endangered species in central Africa might be more successful if they focused on a smaller geographic area, new research suggests.

The study, which examined multi-species population counts in the seven main savanna national parks of central Africa, found that broader conservation efforts often led to decreased populations, likely because the lands were too large to manage effectively with the financial resources available.

“In Africa, a lot of space has been set aside for wildlife,” said Mark Moritz, co-author on the study and an anthropology professor at The Ohio State University. “And what we’ve found is setting aside so much land is not sufficient in and of itself, and a lot of these protected areas are protected on paper only.”

The researchers’ analysis found that to effectively protect animals in those areas, significantly more funding would also be needed.

Their study was published Friday, 12 November in the journal Conservation Biology.

The study evaluated population counts in four countries in central Africa, in regions where 25% of the land had already been set aside for conservation.

“The governments in these countries are overstretched, trying to do more than they are able to do,” said Paul Scholte, lead author of the study, visiting professor at ERAIFT-UNESCO in the Democratic Republic of Congo, and program director at Governance and Sustainable Management of Natural Resources in Comoé and Taï, two national parks in the Ivory Coast.

“And the reality is that increasing the areas under conservation, in central Africa, is pushing countries to take on more than they can take on, when the international community has not given them the resources necessary to align with the realities on the ground.”

Many of these countries, he said, had been self-funding protective measures. But tourism in those regions has collapsed due Covid-19, and the international community has not stepped in to fill that funding gap.

The land in question has been dedicated to conservation for over 50 years, giving researchers decades’ worth of data to parse. They also looked at tourism data, including visitor numbers and revenue.

Their analysis showed that populations of large herbivores, including elephants, giraffes, buffalo and 10 antelope species, declined in six of the seven parks included in the study, despite the additional land earmarked for conservation. Tourism in those areas “collapsed,” the study authors found. At time same time, livestock numbers increased, indicating that land set aside for conservation was being used for herders.

Politics and security play a role

Moritz said that political instability and insecurity in central Africa play a major role in whether conservation areas can effectively protect animal species.

“Pastoralists in this part of the world are mobile – they move from one area to another, and the reason they move is they have to avoid insecurity elsewhere,” he said. “When security is restored, pastoralists likely will go back to where they came from.”

The seven parks studied are located in Chad, Cameroon, the Central African Republic, and the Democratic Republic of Congo. All four countries had, since the early 1970s, set aside a quarter of their northern savannas for conservation. The conservation area in those countries is vast, roughly the size of the United Kingdom.

In all but one park, the analysis found, the available funding did not cover the cost of the rangers that would have been needed to protect the boundaries of the conservation areas. The one park that saw increases in large herbivore populations, Zakouma National Park in Chad, also had higher numbers of rangers to enforce the conservation area’s boundaries.

The study also found that, starting in the 1980s, livestock herders brought their own herds to conservation areas of the northern Central African Republic; livestock farmers have also more recently moved into protected areas of Cameroon. That migration could explain some of the loss of large herbivores, but two other factors – decreased rainfall and low operating budgets – are more likely causes, Scholte said.

The goal is noble, Scholte said, but the costs are high: In 2012, researchers estimated it would cost about USD75-billion to manage those areas across the globe. Without funding to support those goals, most low-income countries could not succeed, Scholte said.

The findings could indicate that, unless the international community can increase funding for conservation, existing resources might be most effective in smaller, targeted areas with borders that are easier to protect, Scholte said.

“We are not talking twice or triple the funding to be effective; it would require 10, 15 or even 20 times more funding annually to these parks’ budgets,” he said. “It’s enormous, and we all know it’s not realistic. So, we are saying that we should realise that, acknowledge it, and concentrate these scarce resources on areas that are viable and could have a greater effect.”