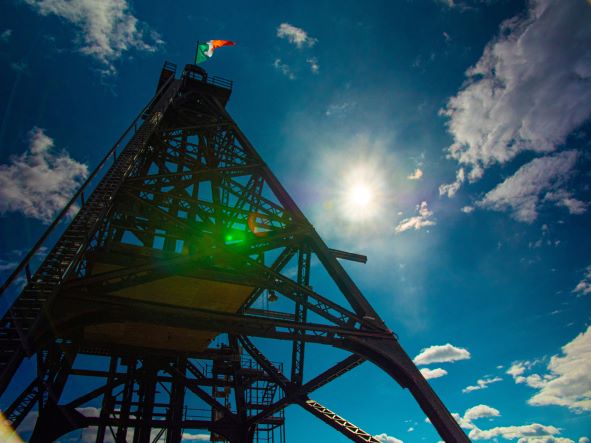 12 September 2021 – By leveraging its 2.9-billion-barrel crude oil reserves and 10 trillion cubic feet of natural gas, the Congo-Brazzaville’s hydrocarbon sector will be a major catalyst of the country’s economic growth.

Having been a major petroleum producer since the 1970s, the home of the African Petroleum Producers Association (APPO) and the newest member of the Organization of the Petroleum Exporting Countries (OPEC), Congo-Brazzaville has and continues to garner significant interest from the international energy community.

With a reformed Hydrocarbon Code, a dedicated national oil company, and the support of international oil companies (IOC) behind it, the Congo is committed to driving exploration and production in the face of declining output levels from maturing fields.

By leveraging its 2.9-billion-barrel crude oil reserves and 10 trillion cubic feet of natural gas, the Congo’s hydrocarbon sector will be a major catalyst of Africa’s economic growth.

With OPEC Secretary General Mohammed Barkindo’s first-ever state visit to the country a few weeks ago, the role and value of oil in both the Congo and the wider region has been reaffirmed.

The country has been committed to establishing a competitive hydrocarbon market in which an increase in exports will help drive socio-economic development.

Accordingly, with the participation of IOCs such as Total, Eni, and Chevron, the Congo has accelerated production in recent years, leading to the country’s standing as the third-largest oil producer in sub-Saharan Africa. Notable developments include the Moho Bilondo Phase 1B project and the Moho Nord extension with a joint production capacity of 14,000 bpd; the 50,000 bpd Nene Marine offshore development; and the 40,000 bpd Lianzi offshore area.

However, declining levels in mature oilfields present a challenge for production and so, the government has implemented measures to drive upstream exploration.

Through changes with its regulatory and fiscal framework and the introduction of two bid licensing rounds, Congo’s government has been proactive in enhancing the sector’s attractiveness for international investors.

By offering increasingly favourable terms provided for by the revised Hydrocarbon Code, the Congo aims to accelerate exploration so as to increase production and revenue. Notable amendments include royalty reductions regarding natural gas and crude oil from 15% to 5% and from 15% to 12%, respectively.

In conjunction with the availability of lucrative offshore blocks, the Congo has taken fundamental measures to drive investment, emphasising the role of oil in alleviating poverty and driving economic development.

“The oil and gas industry has a very bright future around the world and in sub-Saharan Africa in particular,” said Barkindo at a meeting with the SNPC during his state visit.

“This work will continue to rely on the exploration capacity and the consumption of hydrocarbons to ensure the sustainable development of the country. This current civilisation that we know of, with growth, development and prosperity around the world, is driven by hydrocarbons. Without hydrocarbons we would not be seeing this level of prosperity. What we require is adequate and predictable investment in our industry.”

Meanwhile, the country aims to bolster exports with the construction of refinery and pipeline developments. Focused on becoming a regional refined product exporter, and yet with only one existing refinery in the country, the Congo has signed a deal with Beijing Fortune Dingsheng Investment Company Limited for the construction of a new 110,000 bpd refinery at Pointe-Noire.

With the demand for petroleum products increasing regionally, the new refinery will significantly enhance capacity, enabling the increased export of products.

Additionally, the SNPC has announced that it is constructing a pipeline to transport refined products. According to Mr. Maixent Raoul Ominga, Director General of the SNPC in the meeting with Barkindo, “studies have been done for the first trunk of the pipeline which is about 500km. The pipeline is going to be used to transport gasoline, jet fuel and diesel.”

By ensuring adequate infrastructure development, and directing investment to exploration and production, the Congo is making significant progress in creating a competitive, export-focused industry.

The Congo serves as an example of how an African market experiencing ageing oilfields can significantly enhance its sectoral attractiveness and drive associated investment and development.

Congolese oil has a crucial role to play in ensuring a viable, regional energy supply, alleviating energy poverty on a continent-wide scale by accelerating economic development. The country’s resources, coupled with its progressive and inclusive Hydrocarbon Code, will be a major contributor to achieving universal energy access by 2030, and other African countries can learn from the Congo.

“Congo has an important role to play because of the below-ground resources of both oil and gas. You have put in place a well-established NOC within record time thanks to the father of the NOC, the Minister of Hydrocarbons. Our oil and gas industry has a bright future ahead of us. We must find the courage because the future generation of Africans will continue to look up to us to meet their demand for energy,” said Barkindo.

This article was first published by the African Energy Chamber.

H.E. Bruno Jean-Richard Itoua, Minister of Hydrocarbons, and Mr. Maixent Raoul Ominga will both be attending and participating at Africa’s premier energy event, African Energy Week (AEW) 2021 in Cape Town on the 9th-12th of November 2021. The event will showcase the Congo’s significant investment opportunities, offering delegates, key stakeholders, and international executives a chance to gain an inside look at the abundant prospects available in one of Africa’s most promising energy markets.