Congestion in SA and Namibian oil and gas space 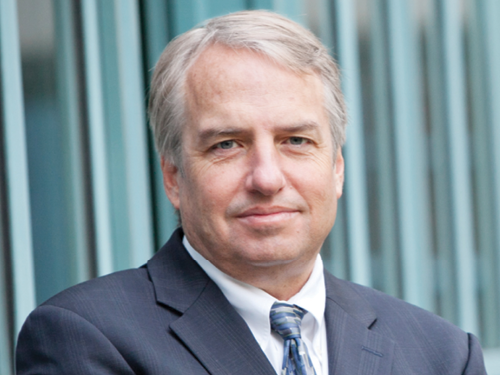 Keith Hill president and CEO of Africa Oil says the company will target one of the largest submarine fans ever tested by the industry in 2021. Image credit: Oil and Gas Council

Africa Oil Corp has a 31.10% shareholding in Impact, a privately owned exploration company. Impact has an asset base across the offshore margins of Southern and West Africa.

Impact has entered into an agreement with BG International, a wholly owned subsidiary of Royal Dutch Shell for the farm-out of a 50% working interest and operatorship in the Transkei & Algoa exploration right, offshore South Africa.

Under the terms of the farm-out agreement, Shell will acquire a 50% working interest in the Transkei & Algoa blocks and operatorship. Shell has also been granted the option to acquire an additional 5% working interest should the joint venture elect to move into the Third Renewal Period, which is expected to be approximately 2024.

According to Siraj Ahmed, CEO of Impact Oil & Gas Shell joins the Transkei & Algoa licence at an exciting time for exploration drilling in South Africa. “They bring substantial exploration expertise, with particular understanding of the potential offshore South Africa, and an agreed strategy to accelerate the work programme to build upon the considerable work already undertaken by Impact and the previous JV partnership,” says Ahmed.

Whilst part of the same licence, the Transkei & Algoa blocks have different geological settings.  Algoa is situated in the South Outeniqua Basin, a short distance east of Block 11B/12B, containing the Brulpadda gas condensate discovery and where Total has recently announced a further significant gas condensate discovery, following the successful drilling of the Luiperd-1X exploration well, which it is currently testing. The Transkei block is situated north-east of Algoa in the Natal Trough Basin where Impact has identified highly material prospectivity associated with several large submarine fan bodies, which this joint venture will explore with focused 3D seismic data and then potential exploratory drilling.  Impact and Shell plan to acquire over 6000km² of 3D seismic data during the first available seismic window following completion of the transaction. This window is expected to be in the first quarter of 2022.

Closing of the transaction is subject to customary conditions, including the approval of the Government of South Africa. The participating interests in the Transkei & Algoa blocks following completion of the farm-out by Impact will be as follows: Shell (Operator), 50% and Impact, 50%.

Impact Africa has also entered into an agreement with Silver Wave Energy for the farm-in of a 90% working interest and operatorship of Area 2, offshore South Africa.

Under the terms of the farm-out agreement, Impact will acquire a 90% working interest and operatorship in Area 2, offshore South Africa. Being immediately east and adjacent to Impact’s Transkei & Algoa blocks, Area 2 complements Impact’s existing position by extending the entire length of the ultra-deep-water part of the Transkei margin. Together, the Transkei & Algoa Blocks and Area 2 cover over 124 000km2 and occupy a very exciting frontier exploration area, with plays extending across both blocks.

Ahmed says that Area 2 is a significant addition to Impact’s portfolio. “Following Total’s recent successes in the Outeniqua basin, and the upcoming Venus well in Namibia, this acquisition materially increases the company’s presence within an exciting exploration region, as it opens up.  The addition of Area 2 to Impact’s Transkei & Algoa and Orange Basin Deep Blocks in South Africa, and Blocks 2912 and 2913B in Namibia, delivers a unique and compelling Southern African exploration portfolio,” he says.

Area 2 lies within the emerging Southern African Aptian deep water oil and gas play, stretching from northern most Namibia, around Cape Agulhas and the Transkei margin, to the Durban Basin in the north-east. This play has been opened by the Brulpadda and Luiperd discoveries in the Outeniqua Basin and will be further tested during 2021 by the well on the giant Venus prospect in ultra-deep-water Namibia, where Impact is a substantial partner. Impact believes that there is good evidence for this Southern African Aptian play to have a common world-class Lower Cretaceous source rock, similar excellent quality Apto-Albian reservoir sands, and a geological setting suitable for the formation of large stratigraphic traps.

Closing of the transaction is subject to customary conditions, including the and the approval of Government of South Africa. The participating interests in the Area 2 following completion of Impact’s farm-in will be as follows: Impact (Operator), 90% and Silver Wave, 10%.

Keith Hill, Africa Oil’s President and CEO, says: “We are pleased with our portfolio of equity investments, especially with the recent Luiperd discovery on Block 11B/12B, South Africa. The entry of Shell into Impact’s Transkei & Algoa licence is a confirmation of this strategy and with the addition of Area 2, we now have an industry leading acreage position in this exciting new region. All of our portfolio companies, Impact, Africa Energy and Eco Atlantic are well financed, and we do not expect them to raise any additional equity in the foreseeable future. We are looking forward to the spud of Venus exploration well on Block 2913B, in Namibia’s Orange Basin, in the first half of 2021, which will target one of the largest submarine fans ever tested by the industry,” says Hill.