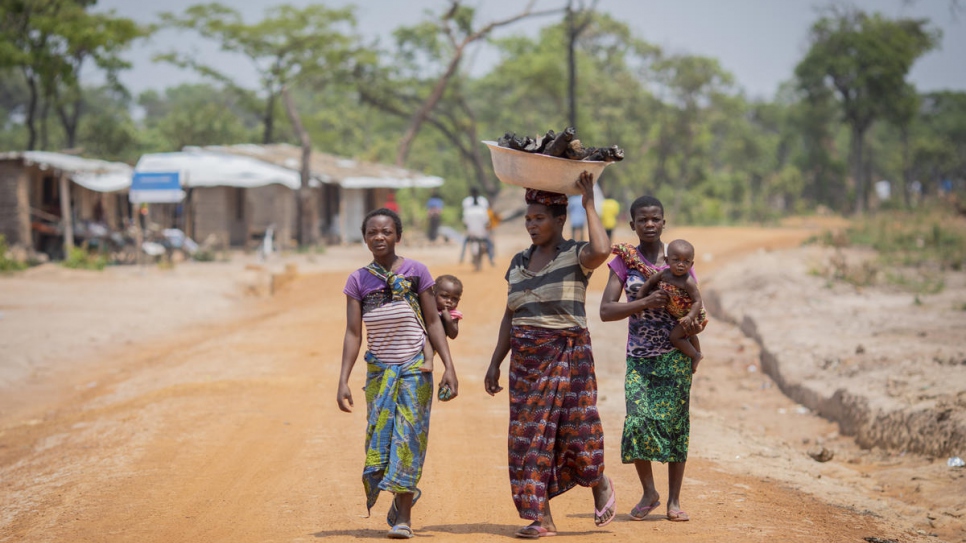 Thousands of people have been displaced in parts of the DRC over the last 20 years. Image credit: UNHCR

07 October 2020 – Kinshasa – The Democratic Republic of the Congo (DRC) authorities and the United Nations have not done enough to hold human rights violators to account and deliver justice to victims a decade after the landmark UN Congo Mapping Exercise Report was published in October 2010, Amnesty International and Human Rights Watch said today.

The mapping report documented more than 600 incidents of serious violations of international human rights and humanitarian law committed in the DRC between March 1993 and June 2003.

“The failure to identify and put in place adequate mechanisms to provide justice and reparations has left thousands of victims and their families helpless,” says Deprose Muchena, Amnesty International’s regional director for East and Southern Africa. “As a consequence, widespread impunity continues to reign in the DRC and the wider region, contributing to the recurrence of killings and other serious crimes,” says Muchena.

The DRC President Felix Tshisekedi should make the fight against impunity a priority of his administration and take meaningful steps to hold those responsible for past and present human rights violations accountable, the organisations said.

The UN commissioned the Congo mapping project following the discovery of three mass graves in North Kivu province, eastern Congo, in 2005 and published its findings in 2010.

The Congo Mapping Exercise Report describes serious violations of international human rights and humanitarian law, concluding that a majority of the documented abuses qualified as war crimes and crimes against humanity.

With reference to particular events between 1996 and 1997, the report raised the question of whether certain crimes committed by Rwandan troops and their Congolese ally, the Alliance des forces démocratiques pour la libération du Congo-Zaïre (Democratic Forces Alliance for the Liberation of Congo-Zaïre) rebel group, against Rwandan Hutu refugees and Congolese Hutu citizens could be classified as “crimes of genocide.” It specified that a competent court should make this determination.

All violations and abuses documented in the report were committed by a range of actors, including foreign armies, rebel groups and DRC government forces, in waves of violence that engulfed the country between 1993 and 2003.

In addition to exposing serious violations and abuses, the researchers assessed the capacity of the DRC’s justice system to adequately address the documented crimes, and proposed reforms and alternative judicial mechanisms that could deliver justice and reparation. But none of the mapping report’s recommendations have been carried out, and most of the documented crimes remain unpunished.

Although efforts have been made to investigate and prosecute grave crimes over the last 10 years, mostly through military courts, they have confirmed serious shortcomings in the domestic justice system. While in 2004 the International Criminal Court (ICC) opened investigations over serious crimes committed in the DRC after 1 July 2002, many of the events described in the mapping report occurred before that date.

The ICC has convicted three former rebel leaders for atrocities committed in Ituri in 2002-2003, but the DRC cases brought before the ICC have failed to address accountability by senior political and military officials.

“The UN Mapping Report remains a powerful reminder of the crimes committed in the DRC, the shocking absence of justice, and the consequences of impunity,” said Thomas Fessy, senior Congo researcher at Human Rights Watch. “Ten years on, the Congolese authorities and international partners should take serious steps to strengthen the domestic justice system and establish an internationalized mechanism that will ensure credible and independent justice for past and present crimes.”

Read the original article on HRW.