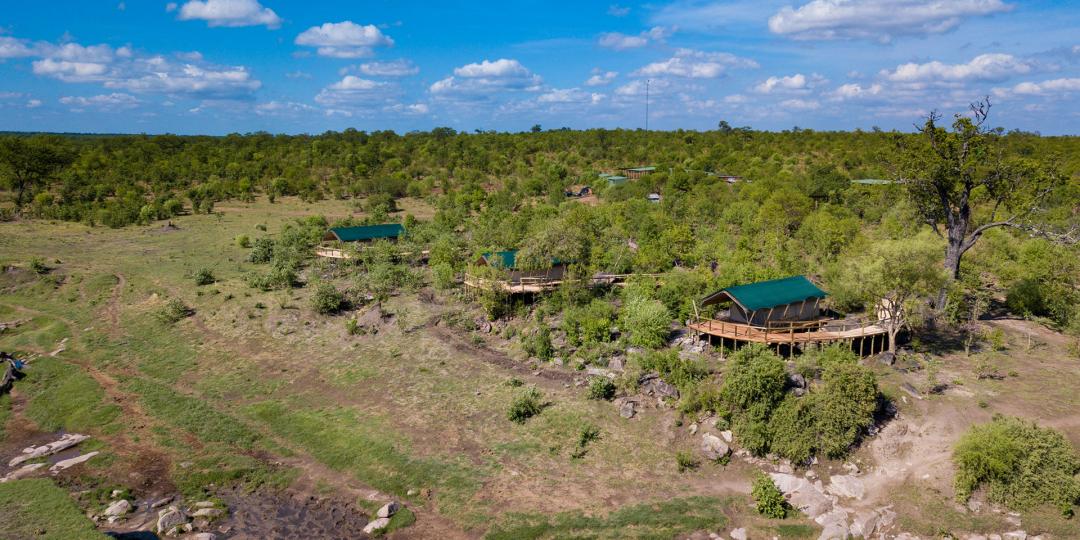 6 September 2020 – Zimbabwe is risking the environment and wildlife in its biggest game park after the government, already battling to explain the deaths of 22 elephants, granted coal mining concessions to several Chinese companies in the Hwange National Park.

The decision has drawn widespread criticism from environmentalists who now fear the coal mining activities will harm the environment and worsen human-wildlife conflict as animals move location to get away from disturbances to their habitats.

Concerns have also been raised by scientists who say the government should prioritise sustainable environmental programs such as tourism and wildlife conservation in the Hwange National Park rather than potentially destructive mining activities for coal, which Zimbabwe still relies on heavily for its electricity generation.

Zimbabwe also uses hydro-generated electricity but recent droughts, exacerbated by climate change, have meant subdued generation capacity for the country as well as neighbouring Zambia from the Kariba Dam. For Zimbabwe, this has exerted more pressure on the need for coal mining to enhance power generation from Hwange although some generation units there are currently down.

The Hwange coal plans are yet another example of Beijing’s implicit encouragement for Chinese companies to develop coal-fired plants overseas. Even as China’s investment in renewable energy projects at home has soared becoming one of the world’s leaders in solar, for example, Chinese companies have been building hundreds of coal plants abroad, some in countries that currently burn little or no coal. This push has included African countries, where the promise of subsidised development was a draw for governments to welcome Chinese investment.

Last year, Kenyan judges stopped a Chinese-backed scheme to build Kenya and East Africa’s first coal plant because the owners had failed to conduct a thorough assessment of the plant’s impact on Lamu, an idyllic archipelago in the country’s northeast.

The Hwange National Park is the biggest game reserve in Zimbabwe, and home to a wide range of “Big five” wildlife including elephants, lions, and giraffes. But the park is now under threat from the growing number of coal mining concessions being granted by the government. Another already established company, Makomo Resources, also mines coal from Hwange. Zimbabwe’s appetite to ramp up coal production, driven by its desire to avoid power shortages is already being criticised by environmentalists who are pushing for greater investment in cleaner power sources such as solar and wind.

The coal mining environmental impact in Hwange emerged this week after Bhejane Trust, a wildlife conservation group published evidence that some Chinese companies were already drilling core samples for coal after the government allocated them two coal mining concessions in the centre of the Hwange Park.

News of the pact couldn’t have been worse timed after Zimparks reported the unexplained death of 22 elephants near Hwange. Authorities have ruled out poaching as the tusks from the dead elephants were intact and early samples show the deaths were not caused by anthrax, which has been used by poachers in the recent past. There are now suspicions the deaths of the elephants were caused by a bacterial infection.

Neighbouring Botswana has also struggled with sudden deaths of elephants that have prompted some scientists to blame climate change owing to habitats that are increasingly under pressure—both Zimbabwe and Botswana have more elephants than they can sustainably hold.

The Centre for Natural Resource Governance Zimbabwe has emphasised the greater environmental harm that the increasing coal mining activities by Chinese companies in Hwange are causing. The lobby group said in and around the Hwange Park, Chinese miners have been embarking on mining activities without undertaking environmental impact assessments, with the environment, animals, and local people being “subjected to disproportionate environmental” hazards.

“Authorising coal mining within Hwange National Park is a serious environmental crime by the government and miners. This activity threatens biodiversity within the park,” says CNRG’s projects and communications officer, Simiso Mlevu.