Coal makes a comeback on the back of political turmoil 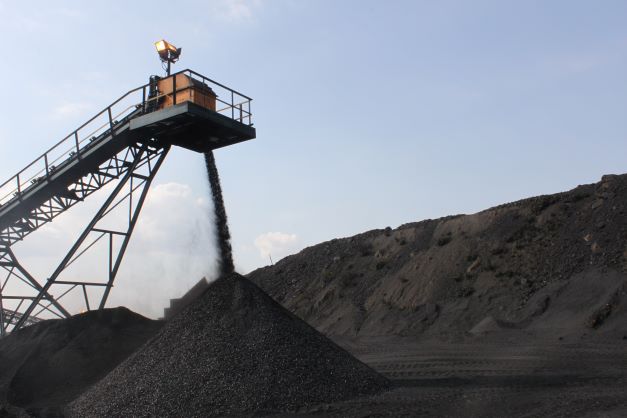 Coal makes a comeback on the back of political turmoil

Geopolitical turmoil in a bi-polar world has turned the energy transition on its head.

Russia’s invasion of the Ukraine, international sanctions against Russia and the subsequent shortage of oil, gas and coal in Europe, has resulted in a great energy conundrum. If the world starts burning coal again (which almost seems inevitable), ambitious climate targets will have to be relinquished to keep the lights on in the short term.

On the back of this uncertainty of energy supply, demand for the coal has increased to dizzying levels and fossil fuel prices have surged to record highs.

Top thermal coal producers like South Africa and Australia, have experienced a significant increase in demand for thermal coal, especially from European and Asian markets, as the sanction against Russia (the third largest supplier of thermal coal in the world) starts squeezing supply.

It appears that several European countries are, in desperation, turning to coal, the dirtiest fossil fuel of them all, to replace their flailing oil and gas supply from Russia. For their economies to remain competitive, European countries are disregarding commitments to drastically reduce carbon emissions. In fact, some of them are stoking the coal fires again in the absence of consistent gas supplies.

France announced that it will allow plants to burn more coal, while Italy is contemplating decommissioning some of its coal fired power plants. Germany recently announced plans to build coal reserves and indicated that its coal phase-out date may have to be delayed. Getting up to 55% of its gas supply from Russia and the Ukraine, Germany is one of the European countries hardest hit by the instability in the energy sector. Meanwhile China and India have ramped up domestic coal supply in a bid to cut its reliance on imports. State run Coal India has set a target of 670 million tonnes for this fiscal year.

According to Michelle Manook, the World Coal Association’s (WCA) CEO, says the confluence of events highlights the fragility of the new energy paradigm, reminding us of the need for energy independence and security.

Speaking to the South Africa Colliery Managers Association in Johannesburg, South Africa earlier this week Manook, said the complexity of the energy transition is becoming clear with two roads laid out before us.

“One road is overwhelmingly renewable, and it has a giant support base believing that solar and wind power can fully replace all forms of fossil fuels and, do so immediately.

“But there is second road which, quite remarkably, remains less travelled. This is a road whose street-sign should read “Paris”. Those travelling on this road believe that consistent with the Paris Climate Change Agreement, every fuel and every technology must be included in reaching a net zero emissions future.”

Manook said the past few months have highlighted how interconnected our global energy system is, and how complicated and individual any journey to net zero is going to be.

“The so-called “COP to end Coal” delivered a reality check for coal’s (and fossil fuels) energy transition, underscoring the need to move away from prescribed pathways and the importance in respecting sovereign choices and timeframes.

“This pathway should not be the road less travelled. From all our lessons in history, sovereignty and realism are key to sustainable outcomes,” said Manook.

She added that the Glasgow climate summit’s agreement to ‘phase-down unabated coal’, instead of phasing out coal, sent a clear message that developing economies need greater support to deploy coal abatement technologies to maintain economic growth and job creation.

She said the power crunch in Europe and China highlighted the fragility of energy systems, forcing some of the assumptions around fossil fuels to be rapidly rethought – especially the equal consideration of supply security and energy affordability.

“More than ever, we need to take a balanced, realistic, and integrated approach to our energy future, an approach which recognises the Energy Trilemma – affordability, sustainability, and security. Moreover, it reminds us that the Trilemma will not be addressed without the acceptance of coal abatement technologies identified as part of the Paris Agreement,” she said.