China in race to connect DRC, Zambia with Angola 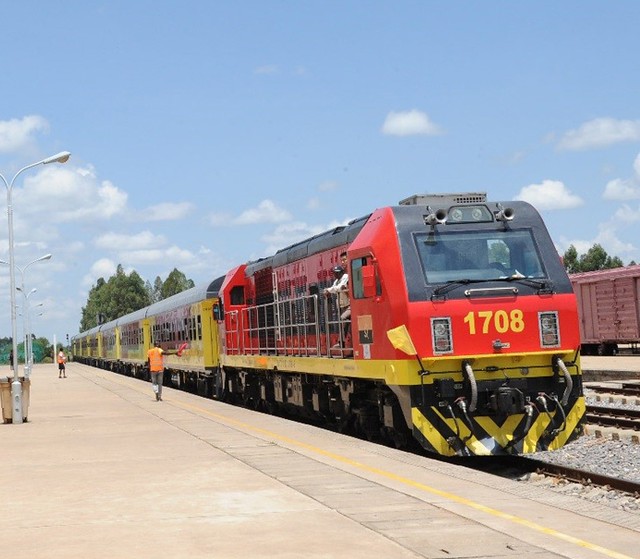 One of the brand-new trains on a rehabilitated part of the Benguela Railway Concession. Image credit: Flickr

24 February 2021 – Angola is a vast country and one of the factors inhibiting its progression is the lack of adequate infrastructure. However, the government under president João Lourenço, has vowed to change this.  A lot of work has already been done by Chinese companies in Angola, and China is currently in a race to connect the DRC and Zambia with Angola through the Benguela Railway Concession.

Three foreign companies, one from the USA, one from Germany and one from China, are bidding for the concession of the 1334km long Benguela Railway (CFB), that connects the Angolan coast to the Democratic Republic of Congo (DRC) and Zambia.

CBF connects Lobito port to Luau, in the eastern province of Moxico, and from there to the DRC and Zambia. The winner of the bid will have to invest heavily to rehabilitate the infrastructure and trains, according to the selection committee.

The quality of roads, railways and ports in Angola remains an obstacle to the country’s development, despite large-scale investments made in the last decade, but a new government plan could solve some of the constraints, according to a recent study by consultancy Eaglestone Securities.

According to the study authorities have made major investments in the rehabilitation of roads, railways, seaports, and airports since 2002. Public finance data suggest that the government spent more than USD38-billion on transport infrastructure during 2002-18 with around 70% invested in roads, which on average corresponds to USD 2.3 billion per year and 2.4% of GDP.

Most of the investments were financed by Chinese credit lines that have helped to rebuild and rehabilitate the country’s infrastructure. However, its quality remains an obstacle to the development of Angola, and it continues to impede the movement of people and goods in the country, says the report.