CBM in Botswana is the pick of the week 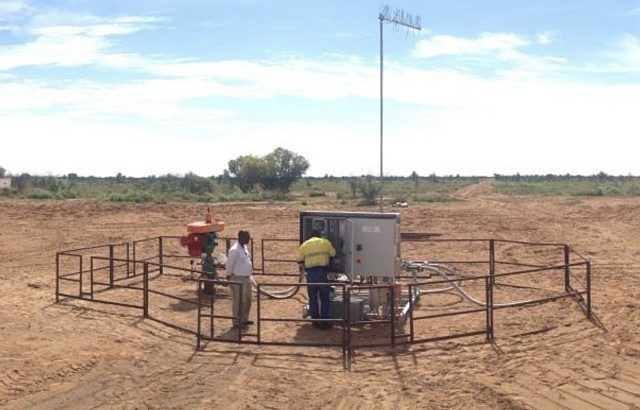 31 August 2020 – My pick of the week is Kalahari Energy Botswana (KEB) and Tlou Energy’s Coal Bed Methane (CBM) projects close to the village of Mmashoro in the Central District of Botswana. With a chronic shortage of energy in the Southern African region in general and Botswana specifically, the growing energy sector in the Botswana coalfields is drawing attention.

Covid-19 has, of course, put a spoke in the wheel of the development of most projects around the world and the CBM operations in Botswana are no exception. KEB is one of two major CBM players in the coal belt between the towns of Palapye and Serowe, the other being a company called Tlou Energy.

The Karoo Basin of Botswana hosts extensive coal reserves, estimated more than 200 billion tons of coal. Of this, close to 50 billion tons could potentially be exploited economically. Within the country, 11 coal fields have been identified. Only two of these, namely Morupule and Mmamabula have been actively explored.

Conventional mining is challenging and expensive in areas where the coal seams lie deep underground. CBM allows for the otherwise inaccessible energy reserves to be tapped commercially. CBM is an abundant resource of clean energy that will ultimately benefit the people of Botswana, reduce the dependence on imported electricity and help diversify the regional economy.

Even though the Botswana government has not yet finalised the power purchase agreement the KEB project remains on track to come online in 2025. Earlier this year the U.S. Trade and Development Agency (USTDA) awarded a grant to KEB for the development of a power plant that will generate electricity using CBM.

The project includes a CBM-fired power plant with a nameplate capacity of 110MW powered by gas engines, a supporting gas-field extraction and processing facility to supply gas to the power plant and a 220kV transmission line to evacuate the power to the Serule substation.

According to Chris Scales, CEO of Kalahari Energy Botswana, KEBs project will bring critically important additional power to Botswana’s electrical grid. “KEB will have a significant impact on the economy of Botswana as it will provide a springboard from which to commercialise the significant CBM resources in Botswana whilst reducing the country’s carbon footprint,” says Scales. The project will create employment opportunities for 1200 to 1500 workers during the construction phase.

KEB, the project owner, appointed Prana Energy as project developer to develop the project from the inception stage through to financial close.  Prana Energy leads an experienced international project development team including with a proven track record of delivering successful natural gas and CBM projects, comprising (amongst others): Owners Team Consultation that will take care of the conceptual engineering design and project management and Advanced Resources International, that will do the reservoir modelling and well-field design.

According to Thomas R. Hardy, USTDA’s acting director the project will build upon USTDA’s commitment to working with their partners in Botswana to develop and expand the country’s natural gas options. “The United States is proud to support this project, which could be the first step toward energy independence for Botswana,” says Craig Cloud, U.S. Ambassador to Botswana.

Not too far from the KEB project Tlou Energy is progressing the Lesedi and Mamba CBM projects. Tlou is listed on the Australian Securities Exchange, London’s AIM market and the Botswana Stock Exchange and is led by an experienced board, management and advisory team.

Since establishment, Tlou has significantly de-risked the project in consideration of its goal to become a major gas-to-power producer.  The Company flared its first gas in 2014 and has a 100% interest over its Mining Licence and ten Prospecting Licences covering an area of about 9300km2 in total.  The Lesedi and Mamba projects already benefit from independently certified 2P gas reserves of about 41 Billion Cubic Feet (BCF).  In addition, 3P gas reserves of about 427BCF and contingent gas resources of about 3043 BCF provide significant additional potential.

Tlou says that it is planning an initial scalable gas-to-power project before evaluating longer-term prospects for the delivery of electricity generated from CBM in Botswana to neighbouring countries.