Carbon compliance the key to trade 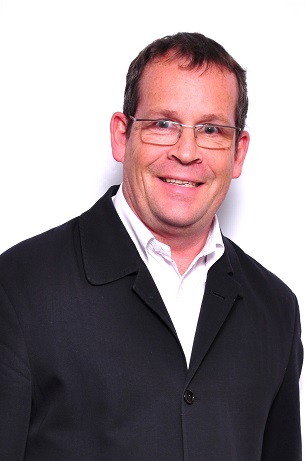 By Eckart Zollner, Head of Business Development at EDS Systems

Africa’s economic survival depends to large extent on trade. However, the ability to trade internationally will be determined by enterprise’s compliance with worldwide standards and regulations, which often involve various trade tariffs.

As part of a global shift toward climate change action, carbon tariffs on imported goods are in the pipeline for regions such as Japan, Europe, and the USA, in line with the America’s Clean Energy Security Act. This imposes a carbon tariff on certain developing countries that do not take mandatory emission reduction measures. This means that countries need to track and monitor their carbon emissions in order to export goods, while calculating their carbon tariffs. Given that this is where trade is headed, both from a commerce and consumer choice perspective, competitiveness will depend on a trade organisation’s ability to evidence and quantify their carbon consciousness.

Enterprises can no longer afford to ignore the triple bottom line when it comes to international trade. No longer can the social and environmental cost be left out of profit calculations and instead of one bottom line, businesses will need to account for: profit, people, and the planet. This triple bottom line approach makes it critical to acknowledge the urgency in reducing the carbon footprint of everything manufactured, traded and transported around the world. Developing nations are only capable of producing cheaper carbon-intensive goods because they have not yet set a price on carbon output and have thus far resisted legal commitments to reduce their emissions. Such carbon tariffs are intended to make up for the difference in price and indirectly resulting in regulation of associated emissions.

n addition to ensuring ability and appeal to trade with other countries, industries in South Africa, for example, will need to be able to quantify, track and monitor their carbon emissions in order to calculate liability for carbon tax payable locally. South Africa’s Carbon Tax Act makes provision for a phased roll out of tax liability for carbon-intensive industries. By making businesses and consumers aware of the negative costs in production, consumption and investment decisions as they relate to emission initiatives, enterprises are incentivised towards adopting cleaner technologies. The carbon tax will apply to scope one emitters in the first phase which runs until 31 December 2022.

South Africa’s carbon tax model provides relief in the form of emission allowances ranging from 60 – 95% in the first phase, which permits a basic tax-free allowance of 60% for all activities and a 10% allowance for companies that use carbon offsets to reduce their tax liability. A 5% budget allowance is given simply for complying with the Act’s reporting requirements, and a further 10% is allowed for trade exposed sectors to ensure they are not taxed doubly on carbon.

Soon it is going to be a legal requirement that South African trade organisations have some form of carbon certificate as an import/export prerequisite. As consumers make more carbon-conscious purchasing decisions, it is going to become increasingly critical for manufacturers to be able to show the emissions factor for every one of their products to differentiate themselves.

Calculating the carbon footprint of an organisation no longer needs to be a guessing game based on assumptions. Software tools like locally developed carbon tax calculators can reduce the administrative burden for businesses in the assessment of carbon tax liability, providing accurate visualisation of the organisation’s carbon footprint. Once an enterprise has a detailed understanding of their emission sources, it becomes possible to identify potential emission reduction measures that can be implemented to show that they’re working towards becoming the carbon-conscious trade partner other countries will soon be looking for.