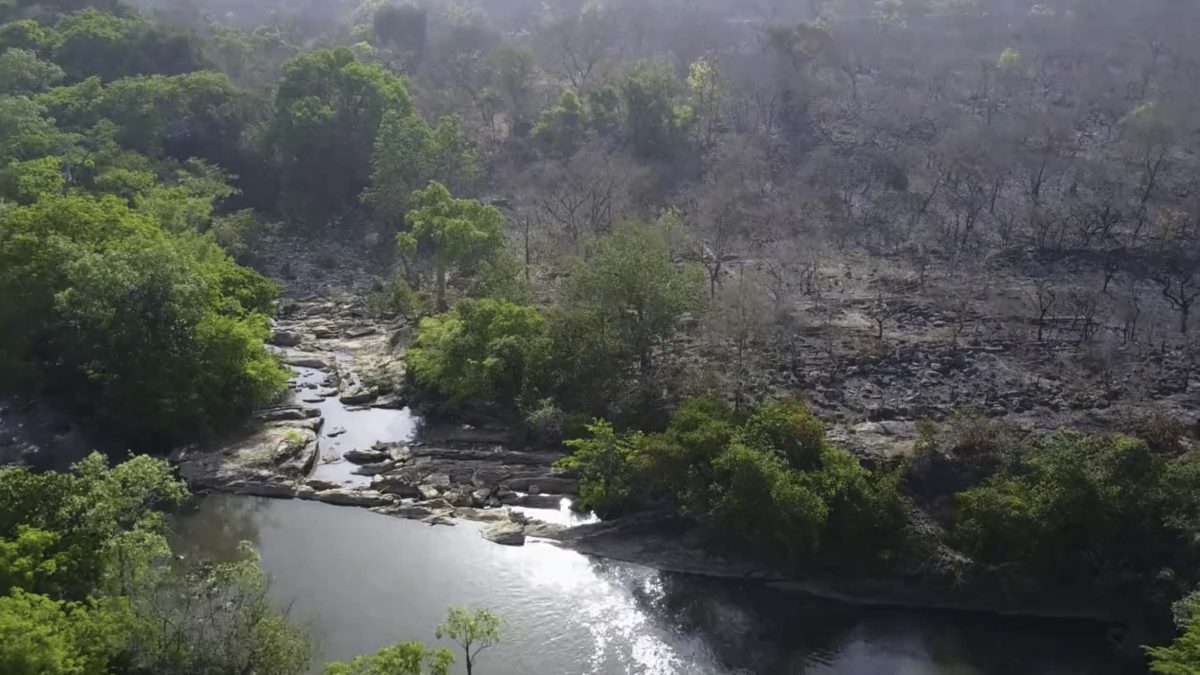 The conservation of the Chinko basin in CAR has been assured for at least the next 25 years through a PPP agreement between the government and non-profit organisation African Parks. Image credit: African Parks

The agreement gives African Parks the mandate to actively preserve almost the entire Chinko basin – an area of more than 5.5 million hectares (55 000km2) including two major perennial rivers representing one of the most pristine freshwater systems in Africa.

By increasing the long-term connectivity of the landscape, the agreement provides a unique opportunity to enhance stability and sustainability for the benefit of thousands of local people who live within this natural system, whose livelihoods depend on its resources. Combined with several existing adjacent reserves, the wider area spans eight million hectares (80 000km2), which means it has the potential to be the largest continuous protected wilderness in all of Africa.

African Parks signed an initial Memorandum of Understanding (MoU) to manage Chinko at 19 846km2 back in 2014. Chinko is one of the only areas in the world that houses both savannah and rainforest species. It is the last refuge for African wild dogs in Central-West-Africa and the country’s stronghold for Eastern chimpanzees, all four species of African pangolins, Eastern giant elands, elephants and 24 species of carnivore ranging from Northern lions to golden cats. However, more than safeguarding biodiversity, the conservation of these crucial habitats sustains natural resources and supports stability to enhance the lives of the communities who live and subsist in this region.

The last six years have not been without their challenges and setbacks, from trying to manage the threats of militarised poachers to illegally armed herders and hundreds of thousands of livestock moving through the landscape annually, stripping the ecosystem and fuelling conflict with communities. A tragic helicopter crash occurred in January 2017, followed by a humanitarian crisis six months later when 380 Internally Displaced Persons (IDPs), largely women and children, fled to the safety of Chinko to avert being slaughtered due to escalating ethnic violence.

They remained within Chinko for almost 15 months under the protection of our rangers, where they received food, water, shelter, healthcare, and even employment. When safety returned, they voluntarily relocated back to their villages. Today, 45 of the IDPs are now hired by Chinko to serve as transhumance sensitisation officers, largely Mbororo cattle herders who have become ambassadors for Chinko helping other herders to observe park boundaries. This approach has contributed to us being able to, without conflict, keep 23 800km2 free of hundreds of thousands of livestock.

Serving as the largest employer in a region with little to no economic opportunity for the sixth consecutive year, Chinko is becoming a bright spot of good governance and stability where people and wildlife are benefitting (which was reported accurately in the Washington Post). Salaries for schoolteachers, doctors and nurses are being provided; and markets have emerged to support Chinko’s staff, fuelling a nascent conservation-led economy. For the first time, Chinko’s value is not just being recognised, it is being lived.

Giant eland, bongo, and a host of other species are not only finding a respite but are on the rise. The local northern lion population is up from just a few individuals in 2017 to over 30 today. Annual track count data for the Western African buffalo are showing a yearly increase of more than 20%. The local elephant population is stabilising and moving securely around Chinko. Eastern giant eland occur in large herds; spotted hyena, warthog, Colobus and Patas monkey, bushbuck, oribi and Grimm’s duiker are now regularly seen; and leopard, lion and wild dog tracks have all been detected within seven kilometres of park headquarters. Even the town of Rafai, which is 15km from the Chinko boundary, has documented the return of hippos which have not occurred there since the 1990s.

As we deal with the challenges that come with working in one of the most war-torn areas on the planet, and in the face of this significant global health crisis, this reminds us that we can build resilience in these ecosystems that provide clean air and water, food security, carbon sequestration, jobs, education and healthcare to support the bedrocks of economy and human wellbeing.

For all of this, we are extremely grateful to have the support of the European Union, US Agency for International Development, US Department of State, Elephant Crisis Fund, the People’s Postcode Lottery, the Lion Recovery Fund, and a range of private donors.

The article first appeared in the African Parks newsletter. African Parks is a non-profit conservation organisation that takes on the complete responsibility for the rehabilitation and long-term management of national parks and protected areas in partnership with governments and local communities