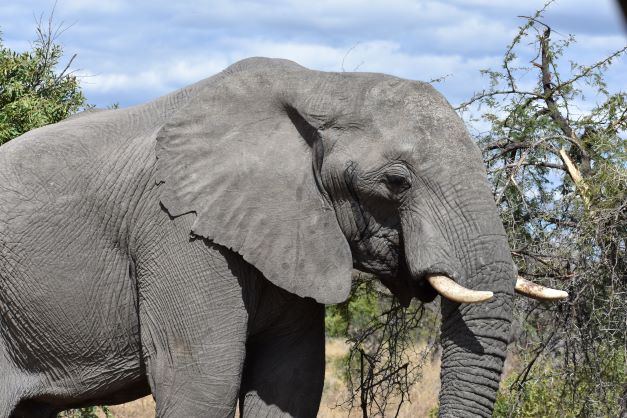 18 July 2021 – The development of the Rufiji hydropower project in Tanzania has resulted in calls from environmental groups to remove the Selous Game Reserve in Tanzania from the list of  World Heritage sites.

The famous Selous Game Reserve in Tanzania is in danger of losing its World Heritage status if calls from environmental groups are successful.

The issue of developing mega-projects in or adjacent to World Heritage sites or other protected areas has once again made headlines.

This time the attention has shifted to East Africa, where Tanzania is developing the Rufiji hydropower project in the Selous Game Reserve.

Environmental groups and other concerned parties have opposed the development of the Rufiji hydropower project in Tanzania for almost a decade.

The Rufiji hydropower project is in the famous Selous Game Reserve, currently a World Heritage site.

A few weeks ago, WhyAfrica looked at the development of ReconAfrica’s oil and gas development in Namibia, which is next to the Okavango Delta, also a World Heritage site (https://www.whyafrica.co.za/whyafricas-hawks-eye-is-on-reconafrica-in-the-kavango-basin/).

As Africa continues developing and its population continues growing, governments are prompted to provide its citizens with basic needs like water and electricity.

This means that often, authorities are forced to consider developing projects within large swaths of land currently protected or that falls within World Heritage sites.

It is a fine balancing act, as these areas and the tourism spin-offs they offer, provide local communities with direct jobs, and it is ultimately more sustainable than large mega-development projects.

The filling of the reservoir at Rufiji is expected to start in November this year, and outraged environment groups are now calling on the UN Educational, Scientific and Cultural Organisation (UNESCO) to remove Selous from the list of World Heritage sites.

According to the Environmental Investigation Agency (EIA) the damage to the Reserve as a result of the construction of the dam is significant and says that the delisting of Selous as a World Heritage site is an essential step in preserving the integrity of World Heritage sites around the world.

EIA draws a line in the sand

According to Shruti Suresh, EIA Deputy Wildlife Campaign Leader, it is necessary that environmental groups make it clear that development cannot continue taking place within these areas, while they are still listed as World Heritage sites.

“It may appear incongruous that a campaigning environmental group such as EIA is urging that the protection of World Heritage status be removed from such a unique area, but it’s vital that a line in the sand is drawn on this issue,” says Suresh.

The Rufiji hydropower project will flood an area of 125,000 ha and construction has resulted in a sprawling industrial complex in the heart of the Selous’ rich wilderness, with a network of new roads connecting poachers to a now exceptionally vulnerable ecosystem.

“The reasons for designating the site as World Heritage are effectively gone, thanks to the Rufiji hydropower project, which contravenes international legal frameworks and will only continue to further undermine one of Africa’s largest remaining wilderness areas.

“Multiple requests for the project to be halted have been ignored by the Tanzanian government. Instead, it has accelerated construction of the dam, introducing security patrols at the site and threatening any opposition with jail time.

“It’s appalling that this has happened on the Tanzania government’s watch and at its direct instigation – the World Heritage Committee needs to send a clear and unambiguous message to the world that the wilful destruction of such a special environment is totally unacceptable,” Suresh adds.

EIA has campaigned against the Rufiji hydropower project and has called on governments around the world to support the delisting of the Selous, as well as urging all companies involved to divest from the project.

Both UNESCO and the International Union for Conservation of Nature (IUCN) have recommended that the World Heritage Committee remove Selous’ status as World Heritage site when it meets later this month.

“But although EIA welcomes the recommendation to the Committee, we are concerned that the final decision may well be made on political rather than environmental grounds.”

Two of the Committee members, China (also the chair) and Egypt, have a conflict of interest, given that both countries have considerable commercial interests in the dam.

Since 2014, the Selous has occupied the precarious position of world heritage in danger due to intense poaching at the time and, subsequently, deforestation linked to the dam’s construction.

The project has now reached a point of no-return, especially with the diversion of the Rufiji river from its natural riverbed and the main dam wall construction, which is expected to be completed by November 2021, at which time the filling of the reservoir will start.

As part of its justification for recommending delisting, UNESCO notes that the Selous’ ‘’elephant populations have unexpectedly not started recovering, strongly indicating that poaching has likely remained a problem.

The population of black rhino, estimated at more than 2000 at the time of inscription, is likely to be extinct or no longer viable. If there are remaining individuals, they have likely survived in the dense woodlands, including those which will be flooded by the dam.’’

As part of its ongoing campaign, EIA has engaged with investors holding shares in the Rufiji project’s lead construction company and major banks financing the project.

Suresh says: “UNESCO’s recent recommendation will come as a serious warning to the financial sector that decisions to remain invested in unsustainable ventures can fuel the loss of wildlife, ecosystems and shared heritage.

“We will continue to lobby investors in light of this recent news, especially those that have already made explicit commitments in their sustainability policies not to finance projects that could harm UNESCO World Heritage sites,”

Food for thought. In a world where more focus is placed on environmental and social issues, and where investors will increasingly be held accountable for its decisions, it is an issue to take seriously and for big investors to consider and ponder over, as the final decision will have lasting effects.