Business in Mali on edge as politics deteriorate 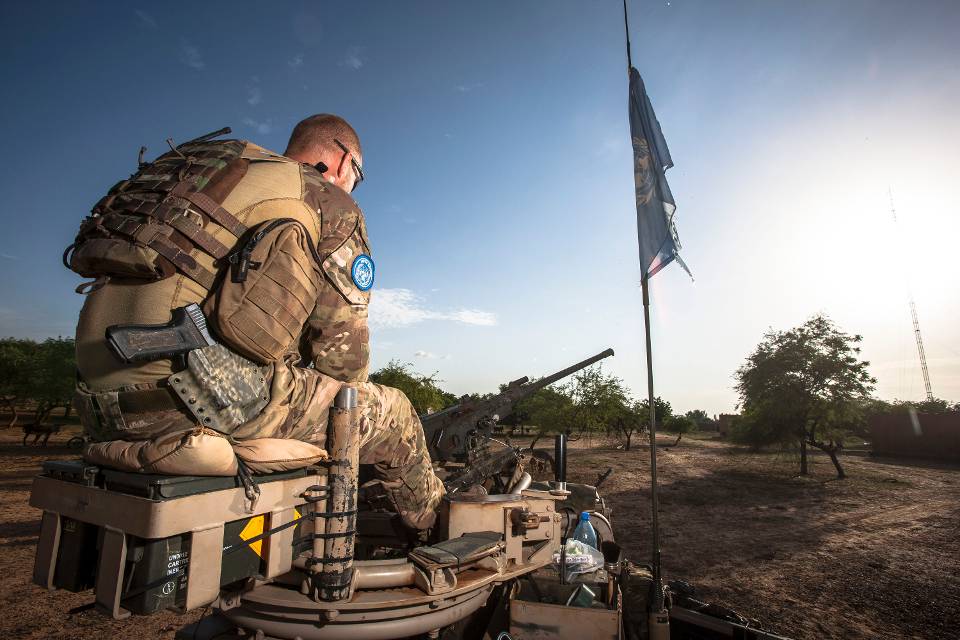 06 June 2021 – The latest political shenanigans in Mali have put companies doing business in the country on edge as the politics continue to deteriorate. Although gold mining company B2Gold says they are monitoring the situation, their operations have not been affected.

Doing business in Mali was always going to be high risk. However, the latest political events in the country have companies operating in the entire region sitting on edge. With two military coups in less than a year, national strike action by workers, and increased attacks by jihadist militants across West Africa, Mali has become an extremely risky business environment.

Unless the political situation stabilises significantly in the next few months, the political woes will continue and the ease of doing business will deteriorate further, to the detriment of foreign companies currently operating in the region or planning to establish or expand their operations in Mali.

Both the African Union (AU) and the Economic Community of West African States (ECOWAS) have suspended Mali’s membership because of the coup. The political temperature is rising fast as reports continue to surface that former president Bah N’Daw and former prime minister Moctar Ouane were not freed by the military as reported by the media in May but are still in fact kept under house arrest.

After the coup, that took place on 24 May 2021, N’Daw, Ouane and five top civilian and military officials were held captive at a military camp near the capital, Bamako. On Friday, 29 May the Malian constitutional court declared Colonel Assimi Goïta , who led the military coup in August 2020 to be the new interim president.

According to Alione Tine, an independent expert for human rights in Mali, only two of the five officials have been released to date. Tine endorsed the call of ECOWAS for new presidential elections in February 2022.

“I call upon Malian transitional authorities to immediately end the house arrest of these two men and to release three senior military officials from arbitrary detention,” said Tine.

Mali must return to order and rule of law

If the country fails to return to order and constitutional rule of law within the next few months, and if authorities do not form an inclusive, representative government, the situation in Mali will spiral out of control. Tine called on national and international actors to strengthen state institutions and the rule of law to avoid repeated crises and to ensure respect for all human rights.

However, Tine emphasised that the main responsibility lies with Malians themselves. “I call on political, military and civil society leaders to exercise restraint and to engage in an in-depth dialogue in order to restore lasting peace, stability and respect for human rights and fundamental freedoms in Mali,” said Tine.

Meanwhile, according to reports from the United Nations (UN) in Mali, the premises of the UN peacekeeping mission, MINUSMA, were targeted last week by unidentified assailants in Aguelhok in the Kidal region.

“UN peacekeepers retaliated, forcing the assailants to flee. No casualties or material damage have been reported on the UN side,” said UN Spokesperson Stéphane Dujaric.

MINUSMA reiterated its commitment to work with ECOWAS and the AU towards a return to constitutional order through free and transparent elections. MINUSMA and ECOWAS stressed in recent statements that the transition timetable needs to be respected and concluded within the agreed 18-month deadline.

“To achieve this goal, it is important that the new government, headed by a civilian prime minister, be inclusive and enjoy the broadest possible support”, said Dujarric.

Clive T. Johnson, the president and CEO of Canadian listed B2Gold, one of the major mining companies in Mali, said in a statement after the coup that the company is monitoring the evolving political situation in Mali. B2Gold’s owns the Fekola mine in Mali and has also applied for an exploration permit at its Menankoto project, which the company believes it is entitled to receive under proper application of Malian law.

Up until now operations at Fekola have not been affected in any way, and the company has continued normal mining and milling operations. “We do not expect that any operational days will be lost due to the political situation in the country and has confirmed that all B2Gold’s personnel are safe,” the company stated in a press release. The Fekola Mine is projected to produce 530,000 to 560,000 ounces of gold in 2021.

Meanwhile, the L’Union Nationale des Travailleurs du Mali (the National Union of Malian Workers) is rumoured to have ended their national strike action towards the end of May 2021. Johnson said that the labour action did not have any significant impact on B2Gold’s operations in Mali.

B2Gold is one of the largest Canadian investors in Mali and the Fekola Mine, in which the State of Mali has a 20% ownership interest.