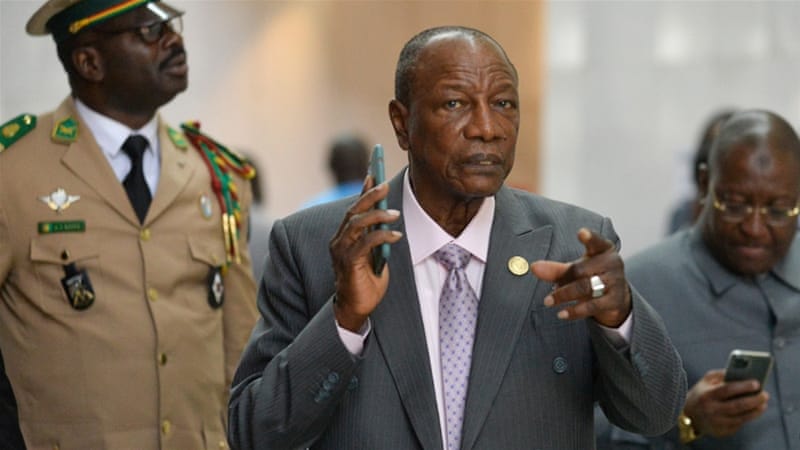 01 November 2020 – The big men are back. While democracy in Africa has strengthened over the past 20 years or so, there are worrying signs that the “big man” syndrome is sweeping across the continent faster than its vector Covid-19.

While a large part of Africa is still not reporting the high rates of Covid-19 infection that was predicted at the onset of the pandemic earlier this year, the Coronavirus has certainly bolstered the ego’s of a few leaders with autocratic ideals. These ideas brew in the subconscious of power-hungry politicians even under normal circumstances. In evolved democracies these tendencies are kept under lock and key by strong institutions, vocal civil societies, and the freedom of speech. However, Covid-19 has placed civil society in a perpetual state of emergency, and as a result strengthened the hand of wannabe dictators. Moreover, with Donald Trump rewriting the rules of American democracy as he understands it, African leaders, especially in countries where democracy is brittle, seems to be spurred on by the Trumps theatrics.

If we use the recent elections in Guinea and Tanzania as benchmarks, a regression of democracy across the continent is inevitable.  Gunning for a third and fourth term has become the hallmark of power drunk “big men” with ambitions to become life-long presidents. It is difficult to talk about Mobutu Sese Seko, Robert Mugabe and Hastings Banda, to name but a few, and not mention modern day African leaders like Alpha Condé in the same breath. Condé, at 82 years of age, pushed through a new constitution as the Covid-19 pandemic started to bite in March 2020. Condé’s new rules would allow him to run for two more six-year terms. The ageing president has already served his term of ten years; however, he won a third term when he was declared winner of the recent general election in October. He might have won a third term but had little to celebrate as protesters took to the streets of Conakry to dispute what they claimed was a rigged election. Condé’s response was brutal, as the world and the rest of Africa watched in dismay, comfortably numbed by a Coronavirus infusion. A fleet of police trucks surrounded the house of Condé’s rival, Cellou Dalein Diallo, who was trapped inside for over a week after the vote on October 18th. Condé’ has now restored law and order on the streets and has turned his gaze to other parts of Africa where the second wave of “big man” syndrome is threatening fragile democracies.

Although the fifth president of Tanzania, John Pombe Magufuli, born 29 October 1959, has only been in office for five years, there are rumours that he has ambitions to serve his country for a third term. Make no mistake, Magufuli is popular in Tanzania. He proclaimed that the country is Covid-19 free and has, much like Jair Bolsonaro, the president of Brazil, denied its existence. He has taken a hard stand against corruption and has been a thorn in the side of unscrupulous foreign investors. But despite his popularity, there are early signs that Magufuli will rule with an iron fist, and for much longer than what the constitution requires.

In last week’s election, he took the biggest majority (84%) since multi-party elections began in Tanzania in 1995. The victory has left the opposition and foreign observers suspicious though. In effect, it has made Tanzania a one-party state, with the odds that Magufuli’s Chama cha Mapinduzi (CCM) will be outvoted in the next election extremely low.

According to reports the election was marred by internet blackouts, allegations of voter intimidation in opposition strongholds, and the casting of ‘prefilled’ ballots. Many newspapers touted the polls as a watershed moment for the country, “faced with a choice between Magufuli’s increasingly authoritarian rule or preserving democracy.” As the world tries to stem the impact of a second wave of Covid-19, Africa needs to be vigilant as the new generation of “big men” starts flexing their muscles.