B2Gold has the best of both worlds 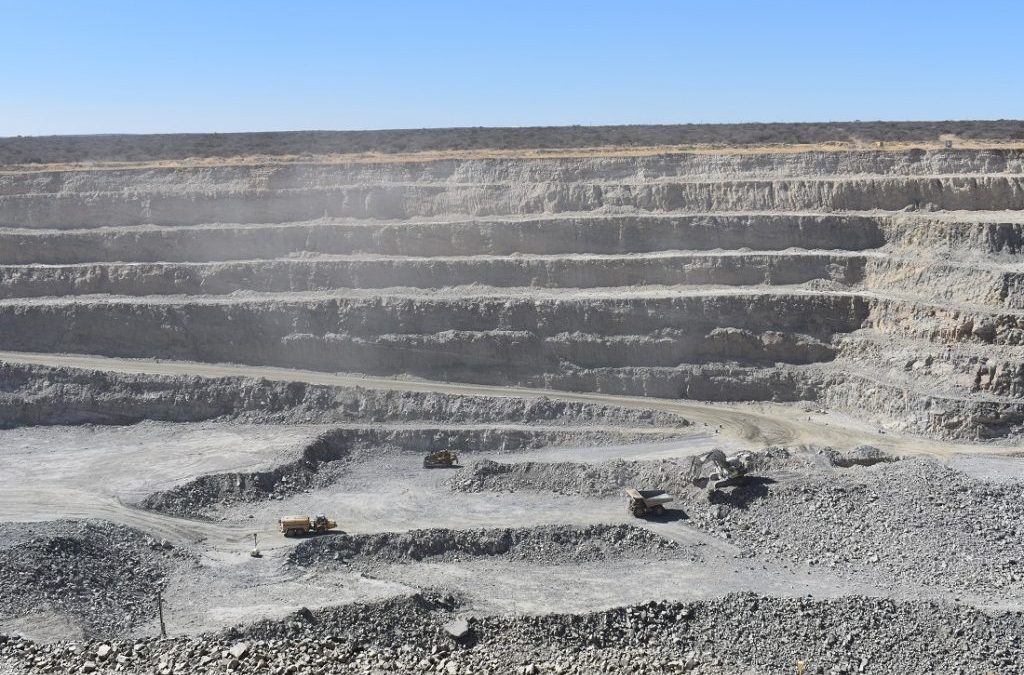 B2Gold’s Otshikoto gold mine in Namibia, one of the star performers in southern Africa. Image credit: Africanmining

Canadian company B2Gold’s mining operations in Namibia and Mali are examples of how the extractive industries should go about business in Africa.

Mali and Namibia are two of the most exciting mining destinations in Africa, and for different reasons. In Mali, the political and economic risks are higher, but the ore bodies are spectacular and the gold deposits reasonably (and arguably) easy to mine. In comparison, Namibia offers political stability and regulatory certainty, and is (again arguably), one of the easiest countries in Africa to do business in. Moreover, the infrastructure is world class as is the skills available. However, mining, and especially gold mining, is a bit trickier and the grades not as great as in Mali. Most deposits are covered in a thick layer of sand, which creates all kinds of complications.

Canadian headquartered B2Gold operates and thrives in both these countries. B2Gold is a great example of a company that has identified the opportunities in Africa and has reaped the rewards of their foresight. They run a tight ship at the Otshikoto gold mine in Namibia, and an extremely profitable one at the Fekola gold mine in Mali. The most impressive aspects of their operations though, is the community and environmental programs, especially in Namibia. Go check it out on their website. I have personally visited Otshikoto and have experienced the immense efforts that B2Gold puts into the conservation of a sensitive natural environment and educating the Namibian youth about their unique environment. The company has constructed a solar plant at Otshikoto and was in the process of doing the same at Fekola, before Covid-19 interrupted. The company is a leader in utilising renewable energy in the remote regions of Africa.

B2Gold is in the early stages of developing an underground mine at Wolfshag, one of the two open pit operations at Otjikoto. Development of the portal and primary ramp will get underway in the fourth quarter of 2020, while stope ore production is expected to commence in early 2022. An appointed contractor will be responsible for the development of underground workings up to the production stopes.

Otjikoto had a solid second quarter in 2020, producing 43 496 ounces (oz) of gold, 3% (1342 oz) above budget, as processed tonnes and recoveries were slightly better than budget. In December 2019, the B2Gold board approved the development of the Wolfshag underground mine. The initial underground mineral reserve estimate, in the down-plunge extension of the Wolfshag orebody, was calculated to contain 210 000 oz of gold in 1.2 million tonnes of ore at 5.57 grams per tonne (g/t) of gold (Au). Based on current assumptions, for full-year 2020, Otjikoto is forecast to produce between 165 000 and 175 000 oz Au, from the Otjikoto and Wolfshag pits, at cash operating costs of between USD480 and USD520 per ounce.

The Fekola mine in Mali continued its strong operational performance with a second quarter gold production of 147 424 oz, well above budget by 5% (6424 oz), with processed throughput and recovery better than budget and head grade in-line with budget. Compared to the second quarter of 2019, gold production was significantly higher by 29% (33 527 oz), mainly due to the expansion of the Fekola mining fleet and optimisation of the pit designs and mine plan, which have provided access to higher grade portions of the Fekola deposit earlier than anticipated in previous mine plans.

The recent political unrest in Mali has not had a material impact on B2Gold’s operations. Fekola continues to operate as normal and the company is maintaining both quarterly budgeted production and annual production guidance. According to a statement by B2Gold, the mine will monitor the situation to ensure that its mining operations continue normally.

The Fekola solar plant engineering and construction progressed well in the first quarter of 2020. However, in April 2020, due to issues related to COVID-19, the company made the decision to temporarily suspend construction activities on the solar plant. Suspending the solar plant installation is not expected to impact Fekola’s production guidance for 2020 and has increased availability at the Fekola camp to assist mining operations in isolating more of the critical workforce on site and mitigate COVID-19 related travel and quarantine restrictions. The solar plant construction is expected to be completed within six months of the restart.