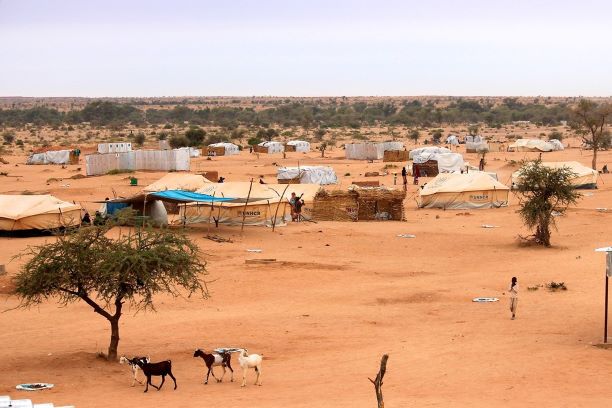 Conflict in the Sahel region of Africa has resulted in the establishment of several refugee camps. In picture is a refugee camp in Mali. Image credit: Flickr

20 May 2021 – Countries of the Sahel region have seen an escalation of attacks by armed extremist groups in recent years, striking frequently at security forces and civilians.

Attacks by armed extremist groups continue to plague Africa’s Sahel. Despite the deteriorating security situation and the reverberating effects of the Covid-19 pandemic, regional troops deployed to combat terrorists in Africa’s Sahel region have scaled up the tempo of their operations in recent months. According to Jean-Pierre Lacroix, Under-Secretary-General for Peace Operations at the United Nations, these regional efforts need to be matched by a spirit of solidarity among their global partners. Lacroix addressed officials of the Security Council earlier this week.

Lacroix said that the fight against armed groups in the Sahel has intensified since late 2020.  He described the Joint Force first deployed in 2017 by the “Group of Five” (G-5) Sahel countries – Burkina Faso, Chad, Mali, Mauritania, and Niger – as a vital part of the security response in the region.

Countries of the Sahel region have seen an escalation of attacks by armed extremist groups in recent years, striking frequently at security forces and civilians going about their daily lives.

A single attack by gunmen on 2 January left more than 100 people dead in a village in western Niger.  On 21 April, President Idriss Déby Itno of Chad, was killed after sustaining injuries in clashes with rebel groups.

Regional troops deployed through the G-5 Sahel Joint Force, as well as personnel with the UN Stabilization Mission in Mali (MINUSMA) and the French-led Operation Barkhane, are struggling to stem the violence.

Describing efforts to respond to the ‘ever more challenging’ environment, Lacroix said that the Joint Force also faces major challenges in its operational and logistical capacities, such as transport and providing supplies to its troops.

Despite those challenges, the Joint Force and its partners have made some important strides against extremist groups in recent months.

Launched in August 2020, the counter-terrorist operation known as “Sama 2” continued this year.  “Sama 3” – buoyed by the deployment of an additional battalion from Chad – was launched in March.  Meanwhile, the Joint Force continued to enhance its operational capabilities.

Strengthening the Joint Force’s police component will be an important next step, allowing for better oversight over military operations and linking them more closely to State-building, human right compliance, and justice sector reform efforts.

Lacroix welcomed the G-5 Sahel’s demonstration of commitment to investigating and prosecuting serious allegations of sexual violence, reportedly committed by some of its troops.

Referring to an assessment of the support provided by MINUSMA to the G-5 Sahel Joint Force, which was conducted at the Council’s request, Lacroix said it found the predictability of funding to be a source of concern.

“It is essential that [the Joint Force] receives the assistance it requires to carry out its mandated tasks,” he said, noting that the current support model presents operational challenges and leaves little room for flexibility.

Against that backdrop, he said the United Nations, alongside the G-5 Sahel and other partners, continues to call for more predictable funding.  Questions about how best to finance the Joint Force, as well as other peace operations across the African continent, have been ongoing among member states.

“Faced with the situation in the Sahel, the international community must be motivated by a shared responsibility to act…in a spirit of solidarity with the populations of the region,” he stressed.

Distributed by APO Group on behalf of UN News.