Are sanctions against South Sudan working? 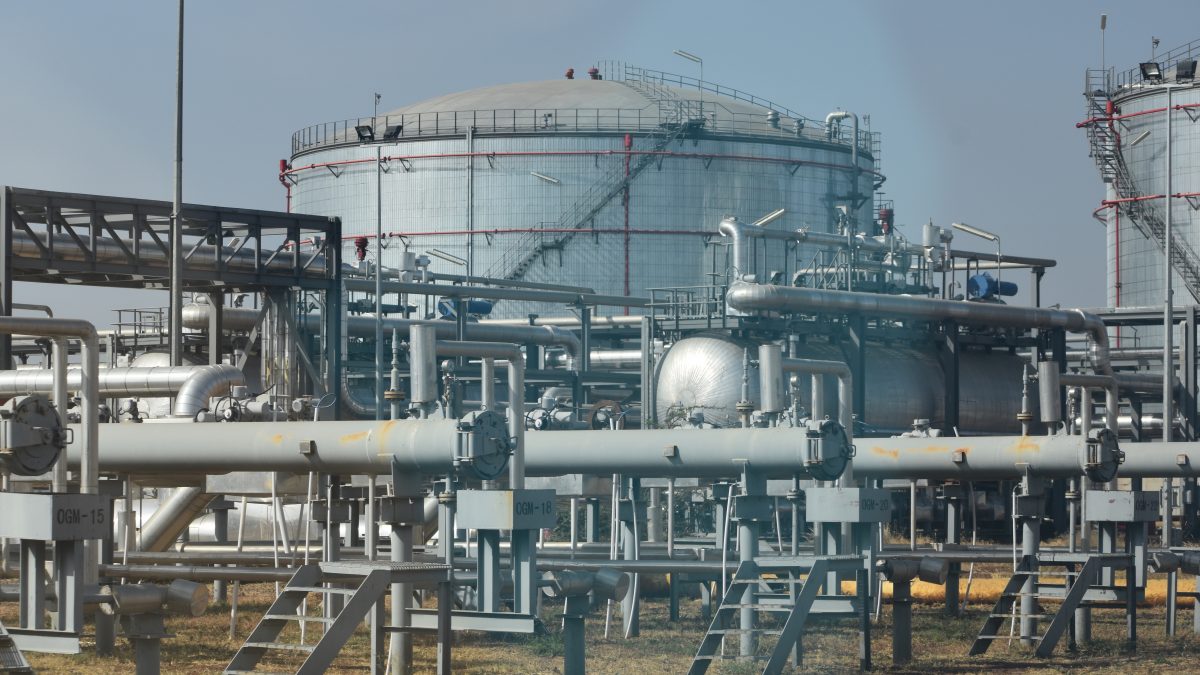 18 September 2020 – Since 2014, the Republic of South Sudan’s government, over a dozen local companies and a number of individuals have been the object of targeted sanctions, imposed by the United Nations, the European Union and the United States.

The UN arms embargo, which was renewed by the Security Council (UNSC) on 5 June 2020, prevents member states from directly or indirectly supplying arms and related materials or technical military assistance to South Sudan. The US sanctions, which target companies and individuals, freeze any assets they have in areas under US jurisdiction and prohibit US nationals from conducting any transactions with them.

The individuals, including former First Vice-President, Taban Deng Gai, Cabinet Affairs Minister, Martin Elia Lomuro, and former minister, Kuol Manyang Juuk, are also subject to travel bans and asset freezes. These actions, according to the US Department of Treasury, target those “responsible for, or complicit in, or who have engaged in, actions or policies that threaten the peace, security, or stability of South Sudan, among other activities.” The US also claims moves against the more recent additions to the sanction list of individuals is “to pressure the country’s politicians to form a unity government.” But since the formation of such a government in February, this year, the sanctions remain and their effectiveness as tools for change need to be questioned. Most of the individuals the US have sanctioned are still active and retain senior positions and influence in South Sudan.

The country has made progress towards peace since signing the deal in September 2018, ending years of bloody civil war that left up to 400 000 people dead. South Sudan has slowly emerged from the humanitarian crisis, with leaders finally forming a transitional government in February. While political stability has generally been restored, many people on the ground remain displaced, a unified army is yet to be formed and reports of sporadic violence persist.

In much of the media and western governments there appears to be support for sanctions, although the rest of the world and many academics take a much more critical approach. Views also differ in regard to the arms embargo. Not all members of the UNSC supported the recent extension, with Russia, China and South Africa all abstaining, arguing that sanctions are not conducive to promoting the peace process. Advocates for the arms embargo, like Comfort Ero, Africa Programme Director at the International Crisis Group, believe removing the embargo would threaten the hard-won gains achieved since 2018. “If President Salva Kiir rushes to re-arm his army it would likely spur his rivals to do the same, thereby risking a breakdown in the ceasefire and an ensuing collapse in the peace deal,” he says.

Activist groups like Enough Project and The Sentry are staunch proponents of targeted sanctions and believe the sanctions have successfully and positively changed the individual targets’ behaviours.

By contrast, the People’s Coalition on Food Sovereignty (PCFS) campaigns for the immediate lifting of all international sanctions. In May, the coalition pleaded with the UNSC not to renew its arms embargo against South Sudan and called for all sanctions imposed by the US and other countries, to be rescinded. It says extreme hunger is most prevalent in South Sudan, where 61% of its population is experiencing acute hunger. The PCFS says it is “absolutely appalling that economic and political sanctions remain in place despite the worsening state of the global economy and health systems breaking down at every turn. These restrictions have also placed the most vulnerable communities on the brink of starvation.”

A number of scholars have been critical of sanctions, for example Dr Matthew LeRiche, Director of the Global Leadership Center, Director of the War and Peace Program and Assistant Professor of Global Studies at Ohio University. According to LeRiche, the current UN and US actions are overly general in goal and are detached from a coherent strategy compared to many other sanctions regimes. He adds, as sanctions are largely based on the premise of influencing the behaviour of individuals or governments, the targets of such action first need to clearly understand and identify which behaviour is the “problem”, whether the objection to the “problem” behaviour is legitimate, and what change of behaviour will allow the sanctions to be removed. He points to ‘undermining peace’ as an example, saying it is not detailed enough, and leaves too much room for interpretation.

For LeRiche, the sanctions fail because “leaders are likely to continue acting in the ways seen as problematic regardless of the threat of sanction. Many years of sanctions and the fact that conflict continues suggests sanctions are woefully inadequate on their own as a measure to bring peace.”

LeRiche goes on to explain that the current regime of sanctions is shaped largely by the USA. He argues that the US’s bilateral imposition of sanctions is a problem and lacks credibility, as they are being used instead of legitimate means of holding entities or individuals accountable and providing justice. The US is unilaterally imposing the action from the outside, he says, and if the sanctions are about international justice, which is how most are being framed, they need to follow a process that resonates with South Sudanese, the sanctions need to be credible, legitimate and trusted. LeRiche thinks the South Sudan sanctions appear to lack most of these pre-requisites.

Problematically many in South Sudan see the sanctions as evidence the US is trying to impose regime change or looking to return South Sudanese to some kind of neo-colonial rule. Some commentators in the US have added to this fear by advocating that South Sudan be placed under neo-trusteeship, the early post-colonial mechanism in the UN meant to run countries as they emerged as independent states after empire. So, he believes any sanctions as a part of a peace building agenda ought to come from a multilateral institution of which South Sudan is a member, otherwise they will lack credibility with South Sudanese.

LeRiche is just as sceptical about the sanctions against individuals, saying the action is based on the notion that this handful of individuals is the core determining factor in the conflict. He is not convinced that the sanctions against these individuals, ultimately aimed at achieving peace, succeed in targeting the mechanisms and dynamics driving the conflict. The professor argues that targeted sanctions need to be part of a broader strategy of conflict resolution and the diagnosis by pro-sanctions advocates only contains one piece of the puzzle and does disservice to the complexity of the problem. “Sanctions have to be woven into a very comprehensive agenda that I believe only a multilateral institution can do. The question is do we have institutions that are up to the task?” He adds the UN, regional bodies and the AU, for example, could provide that function, but are not up to the task.

“Who decides who the bad individuals are? Who decides when they have been bad enough that they need to be reprimanded? At what point are they no longer bad? Who passes judgement on this?”

LeRiche suggests if these targeted actions are not built into a broader construct, “the sanctions simply become rolled into the politics of the day and the place. If you look at the way sanctions have played out to date, they’ve just become part of the nature of politics in South Sudan, and the way that the conflict unfolds.”

He points out that in some cases, the sanctions have even bolstered the local popularity of some of the individuals being targeted, playing into the divisive internal politics of the country. “One opposition group cheer when the powerful individual from the other community gets sanctioned, and vice versa. This is not conducive to creating lasting peace. This is just one of many potential unintended consequences of sanctions not being applied in a sufficiently nuanced way.”

For LeRiche, if the aim of sanctions is to pressure politicians, there needs to be a clear way to remove the sanctions for behaviour conducive to peace. Instead, these sanctions may compel individuals to engage in the threat and use of violence to ensure they are relevant in the political process to secure their positions.

The professor also disagrees with those advocates of sanctions that believe corruption is the root cause of the conflict and that if it were largely rooted out it would resolve the conflict. He says it is only one part of a larger puzzle.

“South Sudan is undergoing state emergence and state creation and is in a post-colonial moment. Civil conflict in the country is not unimaginable if you consider the history of early state formation. As an international community which wants to support this process as a peaceful and positive transition, it has failed to come up with a more creative approach. At a basic level, let us bring two battling parties together, create a power-sharing agreement, and if they don’t follow the terms of the agreement, punish them with sanctions.”

Le Riche is highly critical of the US’s bilateral approach which he claims is making the situation even more problematic. He points out that there are differences between the US State Department and the White House over South Sudan policy. Different agendas are also being pushed by interested lobbyists and actors, funded by celebrities, wealthy foundations, and affluent private donors. These factors appear to have become the main driving forces as opposed to solid governmental policy processes. He thinks this causes problems of legitimacy and results in defensive posturing with South Sudan.

LeRiche asserts that if the US is going to use sanctions to effect change, this needs to be part of a broader strategy. He doesn’t believe the US is engaged in “the heavy lifting of sustained diplomatic work, of serious engagement. The US for a very long time had a lot of people working on South Sudan – disproportionate to what its interests probably were in the region. That is proof that this can be done, but it’s costly, it’s painstaking, it’s timely, it requires patience. This is stuff that I don’t know that western societies, and a lot of other communities, are able to tolerate.” He says using sanctions against South Sudan costs the US very little and are easy to impose as “finger-wagging symbolism”.

LeRiche believes the international community tends to primarily only be equipped to intervene in binary conflict, and struggles where more than two, or three, parties are involved in conflict resolution. “It’s almost like we’re constrained by the idea of a negotiating table and the physical space of a negotiating table – how could you possibly have 35 actors, or more?”

LeRiche says sanctions have been implemented very poorly to date and have been largely ineffective. He notes that at this point many senior South Sudanese officials have been sanctioned apart from President Salva Kiir and First Vice-President Riek Machar. This offers little remaining leverage. “And now we are saying, okay you two, sort things out or we’re also going to sanction the two of you – that’s all we have left. And what happens when you sanction Kiir and Machar? You’re out of the game, your currency is spent.”